On Instagram, scrolling down the timeline of 50/50 – a new alternative gallery built out of two shipping containers – I can follow each step of planning, construction, and studio visits through the artists that run the space. From adding insulation to graphic design decisions, hybrid artist-curators Cambria Potter and Hannah Lodwick, are pictured in these minimal tastes of progress. This transparency has allowed 50/50’s audience to build more than a year’s worth of anticipation for the arrival of their first exhibition, Co-Host.

The lengthy amount of construction photos showcase the sheer labor of building the space located in the West Bottoms just around the street from fellow alternative space Plug Projects and commercial galleries Haw Contemporary and Bill Brady. What stuck out on Instagram were images of studio visits with Kansas City based print and multimedia artist, Bobby Howsare, that planted a seed of expectation. Howsare is known for his pictured prints that play with optical illusions, moire patterns, and dynamic CMYK color phenomena. Construction documentation flowed beautifully next to this work. Because of the particular curation of 50/50s online Instagram space, I planned to encounter a completely different show dominated by Howsare’s work and its play on the newly constructed space’s architectural elements. 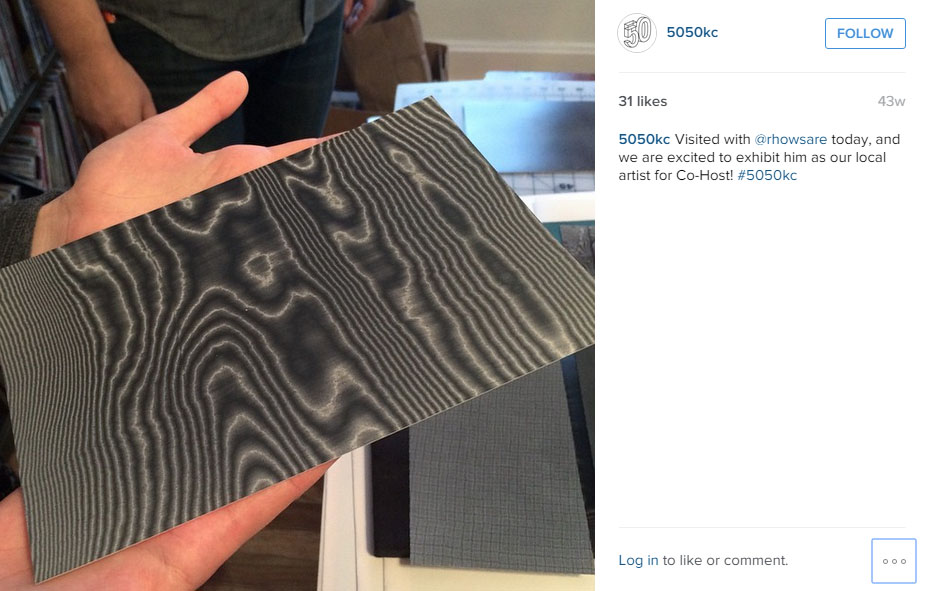 Entering Co-Host it was Kristin Walsh – the visiting New York based new media artist and sculptor – who commanded the space with her installation. Walsh’s work is clean, sharp, and dynamic. Digital images that looked like a hybrid of Nintendo 64-style polygon environments and Google Street View – not far off in subject matter from curator Lodwick’s own studio practice – were projected on mirrored objects. Each of these cut at sharp angles reflecting the game-like images being projected, allowing for the work to refract the light and create other shimmering phenomena along the walls and ceiling. 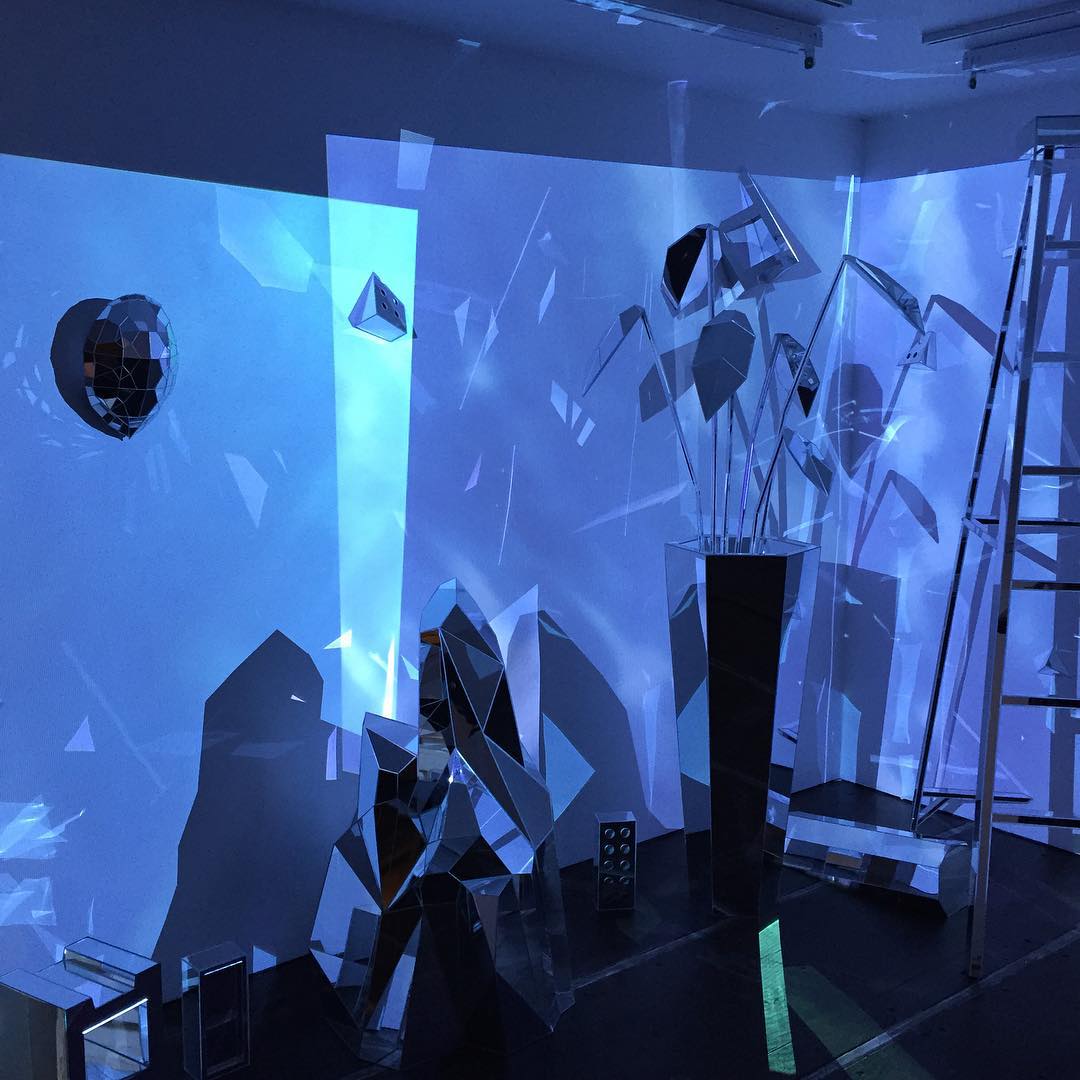 Rather than showing prints, Howsare showcased an installation based project utilizing analog dual projection film which viewers could see converging through a mirror at one point in the gallery. This projector-heavy show in a small space seemed to create an unintentional division between the two containers. Howsare’s installation felt stark in difference to Walsh’s work from color palette to spacial considerations, which made it hard not to wonder if his print-based work would’ve created a more dynamic conversation. Within the two-shipping-container-sized space any difference can easily become stark. Walsh created expansion and Howsare created compression. Maybe Walsh’s work not being previewed on Instagram allowed me to be surprised by lack of expectations, but I am anticipating even more out of the next two person show at 50/50.