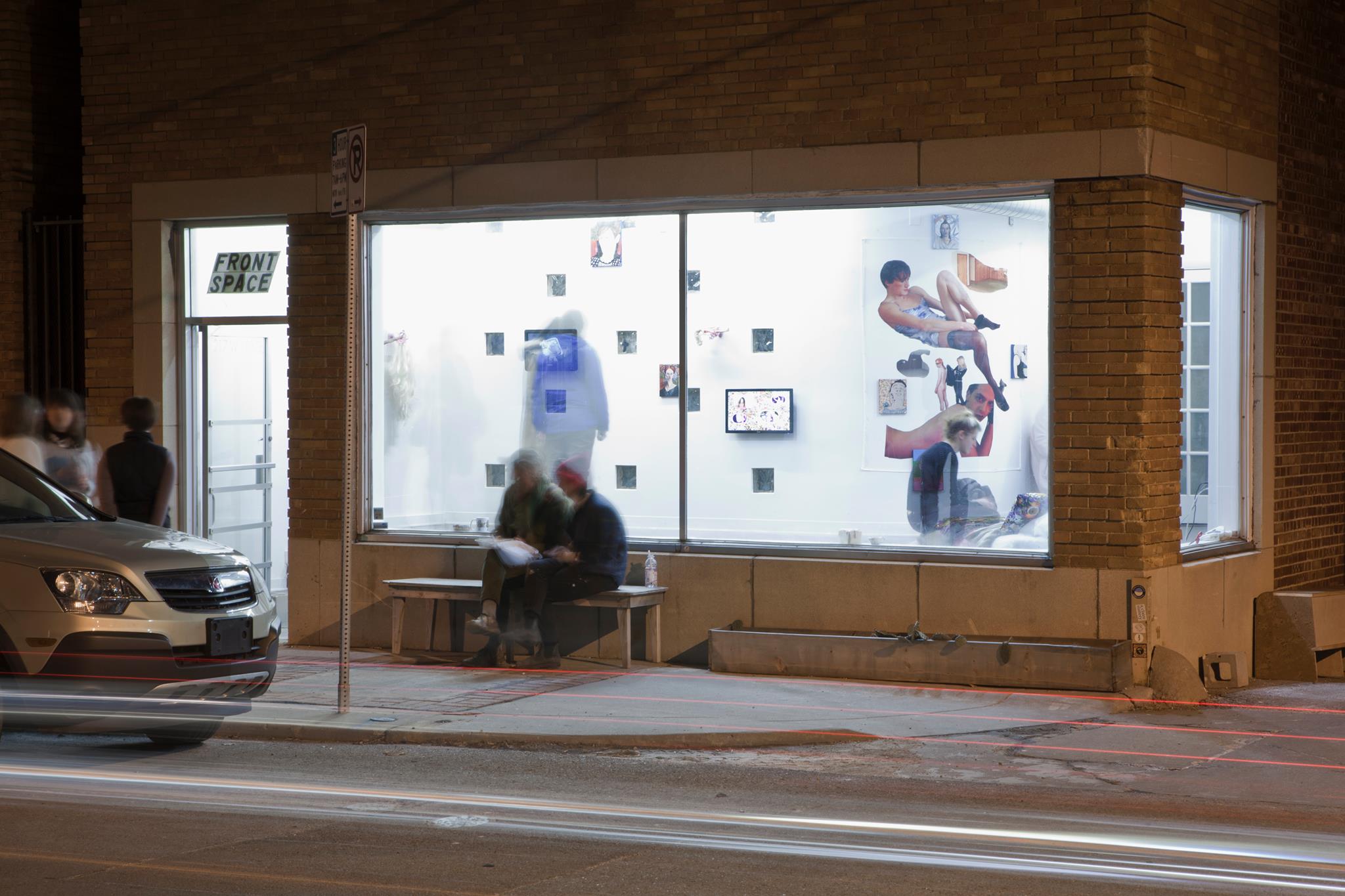 Artist-Run KC: A Discussion with Madeline Gallucci in Respect to Front/Space

Madeline Gallucci is a visual artist and 2012 alumni of the Kansas City Art Institute’s Printmaking Department who is now a resident artist at The Drugstore in Kansas City, MO. In addition to making work, she is one of two co-directors of Front/Space, an artist-run space in Crossroads KC. Front/Space hosts non-commercial exhibitions, readings, film screenings, workshops, and forums to encourage the collaboration of interdisciplinary artists. 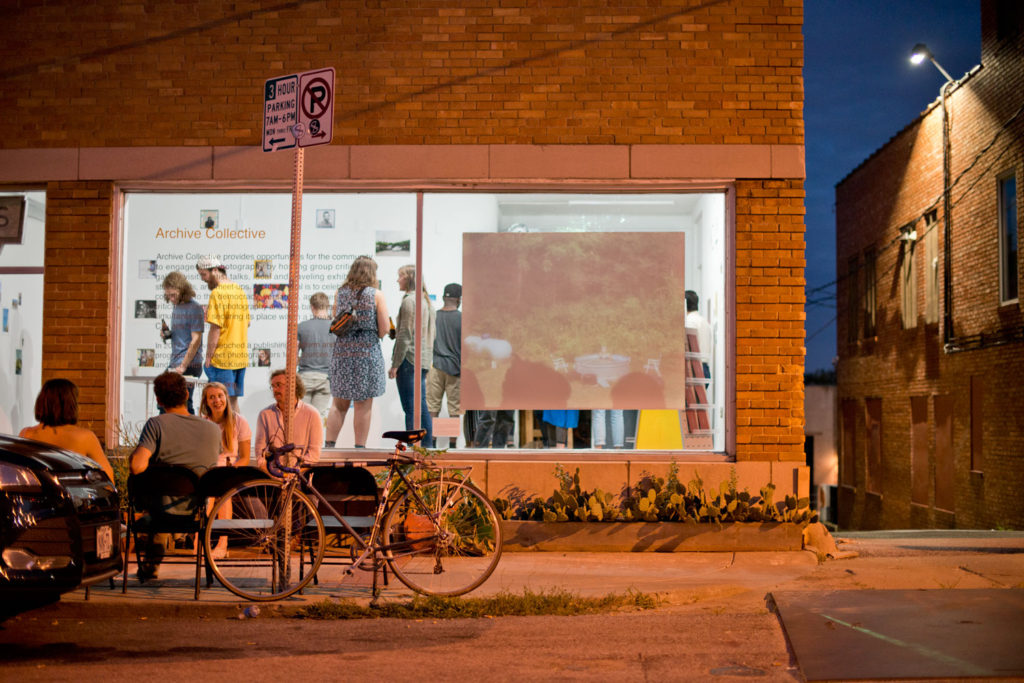 Why did you choose Front/Space as your place of operation? What do you think sets it apart from other artist-run venues in Kansas City?

In 2014, I became involved in Front/Space after the last co-directors and residents decided to part ways and pursue other projects. I had my senior exhibition at Front/Space when I was graduating from KCAI in 2012 and I was attracted to the space because it was unconventional in many ways and felt experimental. I think that’s the main reason it sets itself apart from other venues in the city. It isn’t a traditional “white cube” and because it has a weird curved wall and made up of mostly windows, artists respond to the space in many different ways. The last cohort admired the professionalism and work I did with my senior show and asked if I would be interested in taking over. I jumped on the opportunity;  it was a space I loved visiting to see new and innovative work and wanted to continue that trajectory. I knew I couldn’t do it alone, so I tapped Kendell Harbin to collaborate as my fellow co-director.

How long has your involvement at Front/Space lasted and what are your next steps? What experiences have you gained with being involved in this space?

It is hard to believe I am coming up on almost three years of co-directing Front/Space. Our most recent structural change and accomplishment is bringing Archive Collective* into the space. We have had many different configurations of residents living in the backspace (which is an apartment) and I’m excited for Archive Collective, our newest roommate, to bring new creative energy and potential for collaborations. As far as experiences goes, I’ve definitely learned a lot more about collaboration (both with me and Kendell, as well as between us and artists). We’ve always tried to operate a bit more non-traditionally by using friendship as a model to conduct business. Though when it comes down to it, we need to keep budgets and file taxes – so I learned a lot about how to keep track of those items, but also still try to push boundaries of how we want to engage with our audiences and artists. Next steps are hard to define for Front/Space at the moment, as we are going through some changes. I’m excited though for new possibilities.

* Archive Collective provides opportunities for the community to engage with photography by hosting group critiques, gallery visits, artist talks, local and traveling exhibitions, studio visits, and meet-ups. Archive’s goal is to celebrate and contribute to the democracy, versatility, and ever evolving critical discourse of photography and lens-based media, while simultaneously securing its place within a broader Kansas City arts community. 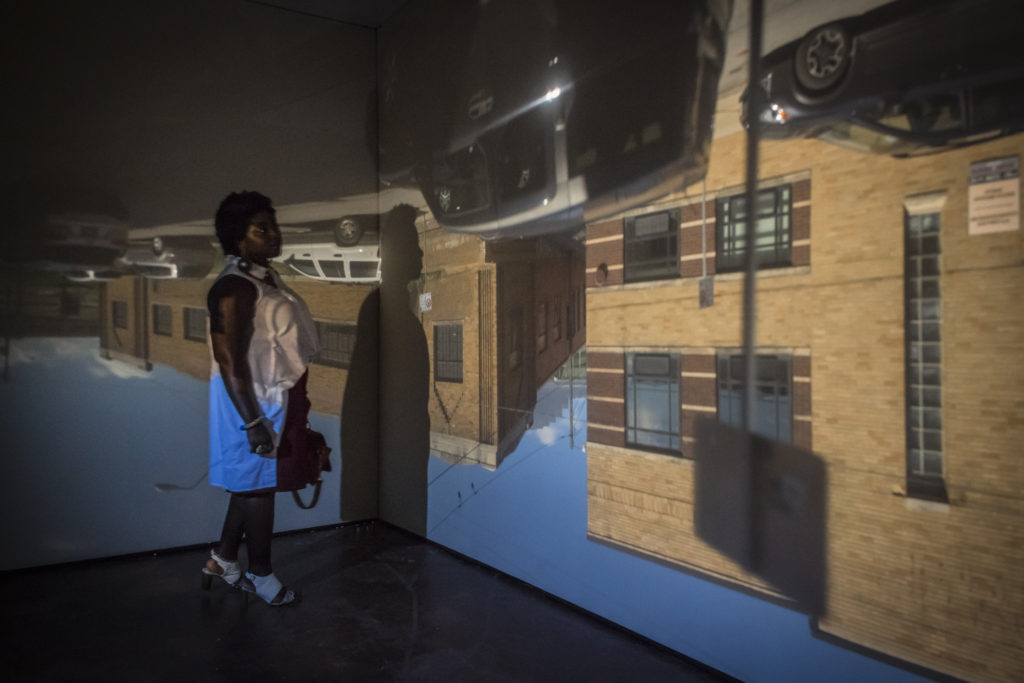 Did your involvement with Front/Space feed into your studio practice, and in what ways did they create shifts/changes in that for you?

I have a very rigorous studio practice and attempt to keep both my arts administration life and creative studio life separate. People who know me might disagree – ha! I do recognize that there are things that overlap. I am a extrovert and people person so I enjoy collaborating and pursuing ideas with people that I love. As a full time artist, I feel it also helps bring perspective to Front/Space in assisting our artists realize their exhibitions in the space. The major difference is that I’m at the forefront of my artistic practice and with Front/Space I definitely try to be a bit more behind the scenes.

After being awarded the Rauschenberg Foundation SEED grant*, how did that change your relationship to these projects and did any of that money go towards funding them?

Receiving the Rauschenberg Foundation SEED grant* was an absolute dream for Front/Space and is pretty much the driving force of what made the transition between the old and new cohort so successful. We we awarded three installments of $10,000 over the course of three years. This first installment had already been distributed before Kendell and I climbed on board – which mostly went to the Civilian (a project and publication that was also funded by a Rocket Grant). The second installment was used for our first round and half of our programming. It allowed us to cover rent, a stipend for each artist that showed in our space, a photographer to document each show, redo lighting and buy installation / exhibition supplies. Also during our first round of programming, we were only renting the front gallery and there were three full time residents living in the backspace. After our first year of programming we realized the need for more space and we created the fundraiser and live drawing event — called Hot Hands — to raise more money. This was so we could begin renting an office and storage space right behind the main gallery,  essentially doubling our size. This shift was huge for us, because before we were storing all our supplies in the residents’ living spaces. Rent is oppressive for us in that building, but we saw the brick and mortar space as being an essential place for the community especially in the Crossroads. To date, all artists who exhibit at Front/Space get paid a stipend and get their work professionally documented. We’ve always prioritized paying artists.

* The Rauschenberg Foundation’s SEED grants are distributed to small and mid-size artist organizations to encourage innovation within the arts. They are a combination of risk capital and value which provide added support to the early stages of a project.

Why do you think artist-run spaces are important, especially in smaller populations such as Kansas City?

This is a big question. The main point I’ve come to understand is that there needs to be a healthy artistic and creative landscape in Kansas City (or any city) for each type of art organization to thrive. So what does that look like? Small DIY spaces are hard to exist without institutions, non-profits or commercial galleries. Institutions like the Nelson-Atkins aren’t going to go anywhere anytime soon – it isn’t a “pop up,” it’s a large institution with a significant history of collecting and funding and provides a variety of programs and exhibitions. Usually this trickles down to your non-profits and commercial galleries who still have measureable outcomes, but it comes in the form of grants or sales. Then at the bottom are the DIY spaces that maybe model the more traditional institutions but with much more risk, play and experimentation involved. Most artist-run spaces do not have concerns about sales or a board of directors that drive their mission. These spaces are where artists can take the biggest risks and grow their practice. They are always subverting and attempting to deepen connections to the work and their audience. Many times this connection isn’t measurable like the way a museum wants to gain outcomes from how visitors interact with their exhibitions. Artist run spaces take engagement into their own homes with community dinners, couches to crash, studio visits, partnerships, and generous time. You need these experimental power houses to thrive and to take many forms. 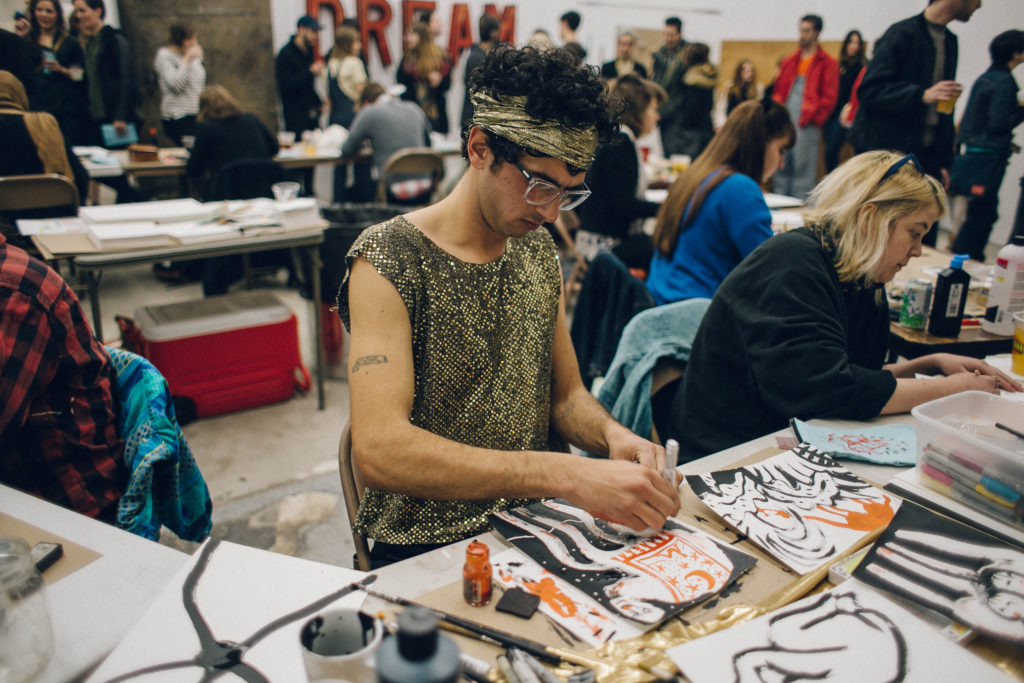 Charlie Mylie at the first Hot Hands Fundraiser. Image courtesy of the artist.

What were some of the biggest challenges with the projects? Most important goals?

One of the biggest challenges and most important goals is really rolled into one: First Friday.

We strive to engage in these audiences, but push away other audiences when we attempt to do so. Our location is unfortunately dependent on First Friday but also provides opportunities for these audiences to experience something unexpected and something outside their traditional ideas of “art.”

What was the first program that you were involved in at Front/Space?

Our first program as new co-directors was WORK. We invited anyone who was working on a project to come to Front/Space and work on it together. We provided block breakers, to-do list consultations, books and resources to assist for that person to get their task done. It was a lot of fun and in a way, a small model of how we see Front/Space as a collaborative initiative of living and working together.

What was the most memorable program for you at the space?

I will never forget Time Travel with Zanzibar Dior, a series of time travel workshops where you would do a variety of activities for 2 minutes. It might be telling your life story to a stranger, screaming at the top of your lungs, or jumping in place. Each activity, movement would stretch or shorten depending on what you were doing. It was smart, engaging and required audience participation. 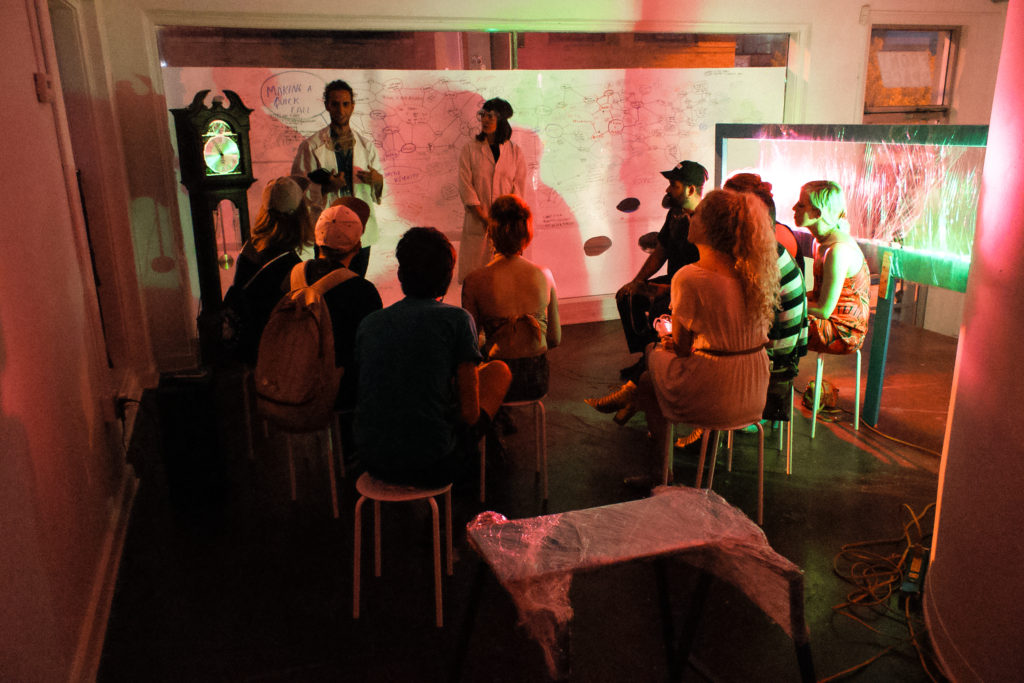 Time Travels with Zanzibar Dior. Image courtesy of the artist.

**Editors Note: In the print edition we misstated that Gallucci was involved with a show at Random Ranch and curated a show in the Painting Department at KCAI. Both of these were accidentally included excerpts from our interview with Davin Watne which can be seen here!