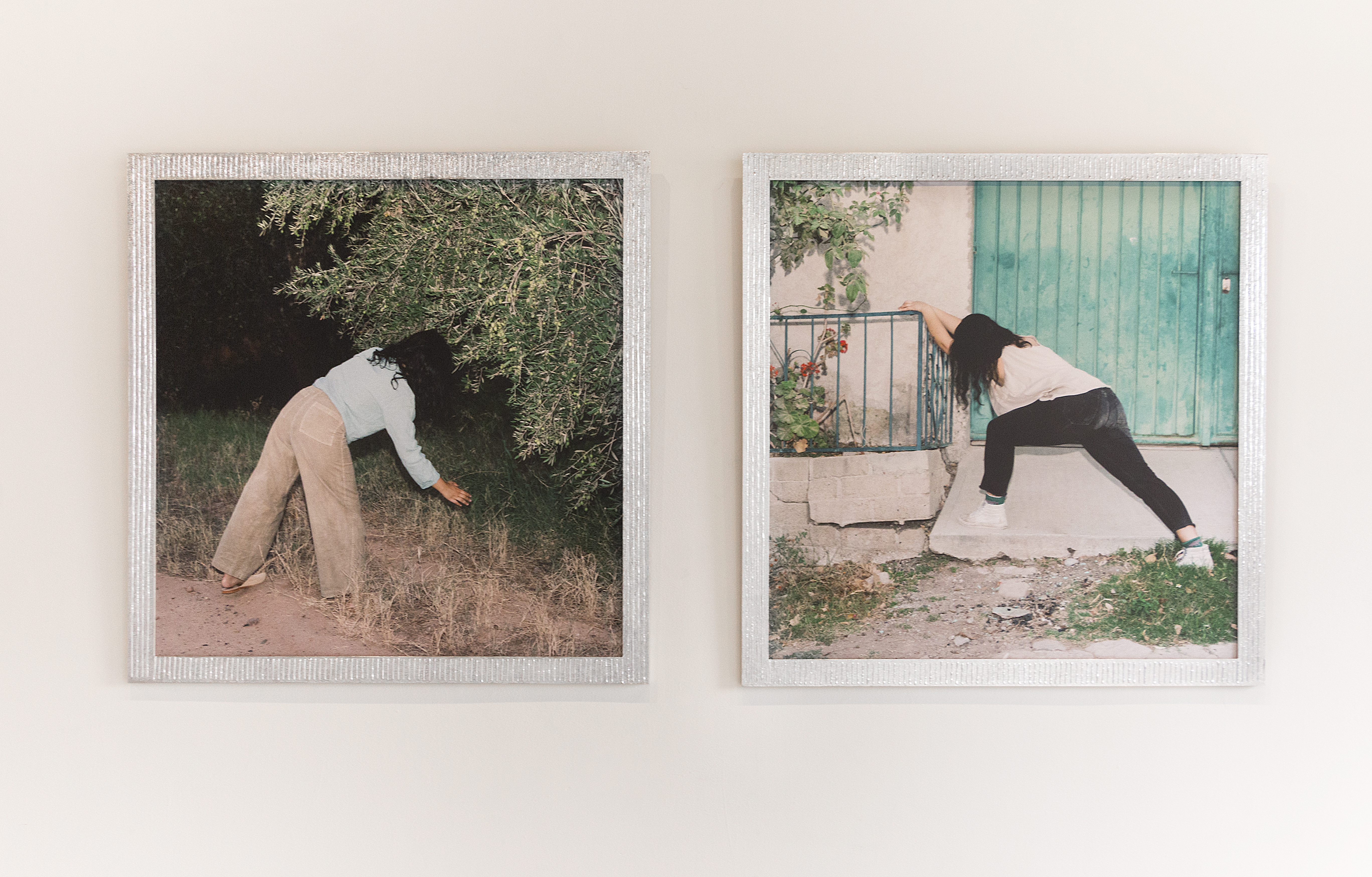 Beyond the Whiteness of Spaces: Finding Phenomenology, Race, and Queerness in Bricolaje

“The alignment of race and space is crucial to how they materialize as as if each “extends” the other. In other words, while “the other side of the world” is associate with “racial otherness,” racial others become associated with the “other side of the world.” They come to embody distance. This embodiment of distance is what makes whiteness “proximate” as the “starting point” for orientation. Whiteness becomes what is “here,” a line from which the world unfolds, which also makes what is “there” on “the other side.”

The sheet of paper starts white, offering a space for your marks. The white frame offers to encase your object, simply and cleanly. The walls of the gallery are painted white, offering to present your work free from distraction. White is the often-thought object of our desire due to its ubiquity. The preciousness of the object “here” and “within reach” can even cause those craving whiteness to go to great lengths to keep it as white as possible. Keeping a surface clean requires care and attention, an expectation capable of causing anxiety. However, to follow Sara Ahmed’s own line of questioning, I am curious about the turn away from or against white space to one situated “over there” and beyond.

The artists featured in the group exhibition Bricolaje redirect us from whiteness. Curated by C.J. Charbonneau and Narciso Argüelles, each object has a story, shaped by an experience not here–quite literally, by experiences not white. The show addresses the ongoing immigration crisis and the narratives that dictate what we see and know, giving us a new point to consider. Through the artists’ stories articulating their existence as Mexican and Mexican-American, the audience is reoriented towards them. We are elsewhere. Looking at three of its artists, the experience of being lost–feeling not “here” but rather “over there”–is the starting point. They are concerned with the body finding its way. They have not always been here.

Patricia Bordallo Dibildox shows us her own body in a shifting state of willful submission to the spaces she occupies. In her self-portrait photographs, we are shown what it looks like to lose one’s way. Her body is not-quite grounded, impacted by the space she is inhabiting. In her photos, Dibildox extends, stretches, and strains her body to make contact with the world around her. She is trying to make sense of it all. Her body is turned away, to something “over there.” The emotional gestures feel like her own attempts to mend the disorientation.

Dibildox is not alone either. Her work in the show is a collaboration with her mother who contributed to the surface of the frames for her photographs. Using repujado, or embossing techniques on aluminum, her frames turn us to the surfaces often found in churches–a tradition resulting from European colonization in Mexico. Beyond ornamentation inside the church, the metal covered the wooden supports to protect it from the candle flames nearby. The subject of this protection has shifted however, from the church to the gallery space.  Here, mother protects daughter.

If traversing white space can leave a person lost, how might they find their way? What maps could help? Maps themselves direct us to this point and that point, laying out a particular recorded history. And crucially, they can point us to where we are.

Fidencio Fifield-Perez uses maps to illustrate the methods used to domesticate and detail where we are, where we might be, or where we could go. Maps are a snapshot, a document, a moment recorded. They archive space, body, and time. The lines maps present to us tell their stories of what William Kentridge refers to as “the X-point of pressure,” showing us past, present, and future of a particular place (Kentridge, 2014, 72-3). Fifield-Perez explores this facet of the map-as-document and the inclination to follow these lines. The lines we are analyzing are stories of others and the mental maps of immigrants attempting to find .

It is no coincidence either that there is another type of line present on these maps. In referencing Kentridge’s idea of the pressurized point, the point within the X, Fifield-Perez’s maps also reminds us of the limitations signified by the X. We’re reminded to stop, to halt, to not cross this line. In his ne installations, such as “Portrait/Patrol,” we are simultaneously reminded of who can move through spaces and who cannot. They are about the failures others face navigating whiteness. In the same as Dibildox’s photographs, Perez presents us the pressurized points of discomfort and one’s desires to find –to call home.

As we move away from the limiting object of the net in the gallery, we notice the whiteness of the space itself. I move across the space and encounter something white, something also familiar: clothing worn by the body. Or is it? Something is off and eerily so. The objects here in this part of the gallery space, are plaster-coated and made white, like a white sheet draped over a body. In the strange, altered archives presented by Rodolfo Marron III, we are reminded of the potential spirits moving through our spaces and the evidence of their existence.

As Ahmed states, “the familiar is ‘extended’ by differentiating itself from the strange, by making what seems strange ‘just about’ familiar, or by transforming ‘what is strange’ into an instrument.” (Ahmed, 2006, 117) This inclination to merge familiar and strange is natural to Marron. His marks guide us through historic and emotive worlds of collectives who may have never felt present. In this instance though, they are not the entirely lost ghosts. Instead, we get lost in Marron’s mediation. These spirits are revived, a transformation moving them from their world to ours.

We cannot help but recognize the presence of the Mexican bodies who occupy the works in Bricolaje. While they are stories about traumas, I can’t help but think of the ways they mend. How can we delimit the spaces we move through? What is possible? The past in all three artists’ works point towards what José Esteban Muñoz refers to in his book Cruising Utopia as the utopian “then.” We see traditions, devices, cultures, and methods–beautiful archives in suspended states. The ordinary haunts each object, remaining present in the space. Together, they reshape our world into one of empathy and possibility. So if there a “then”, what utopian “there” exists beyond the space of this gallery?In its original definition, to be queer was to be weird or strange. Like its current definition, queerness has morphed and changed–it has resisted being fixed and familiar. And certainly the works tell their story from the positions of the stranger. From their queered positions, the artists are each attempting to find their way and articulate their various states of existence. They are mediators of empathetic possibilities. Queerness within spaces has the ability to reshape and remake them. As Ahmed suggests in the quote at the start of this essay, whiteness is here, enveloping us. The works by Dibildox, Fifield-Perez, and Marron refer to the white expected of an authority, a gallery space, frame, paper, or body. However, their materials are charged, colored by the experiences and histories of marginalized bodies not always here. We need to see beyond white spaces to find the affective potentials offered by spaces. In Bricolaje, the artists are confidently here showing a world over there.