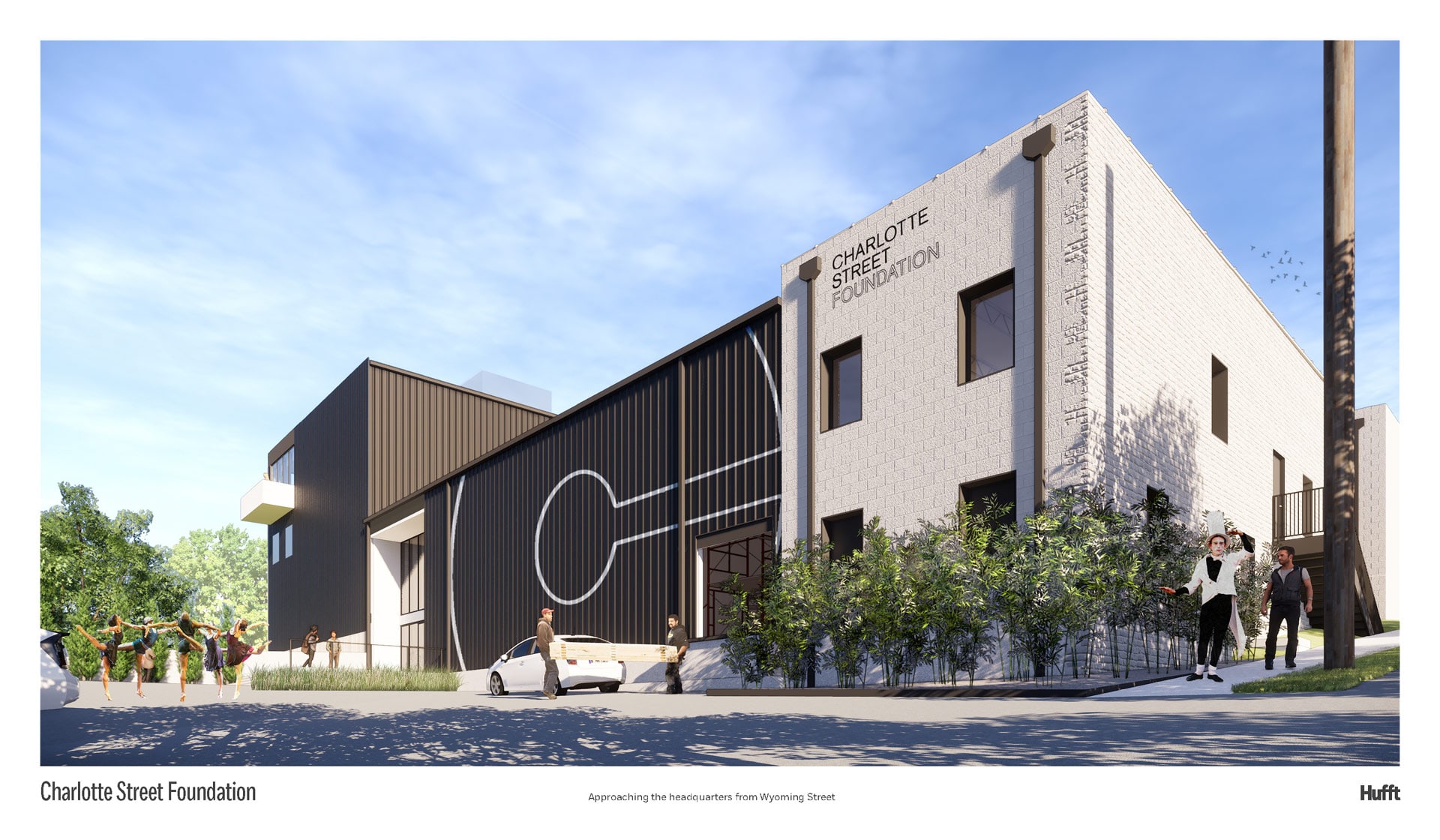 Liao tells Informality, “I am very honored and humbled to be awarded the Charlotte Street Foundation Visual Artist Award and the opportunities afforded to me through the grant- it is truly significant. The award will allow me to continue to be ambitious and find new connections with my work, and fund my research and travels to Taiwan in the near future.”

Cory Imig is an artist based in the Midwest. Her work takes the form of large-scale installation made through a process of building, moving, observing and rearranging the assembled spaces that surround us. Imig has exhibited across the United States, including Savannah College of Art and Design Museum of Art, Hardesty Art Center and The Crystal Bridges Museum of American Art.

In addition to her studio practice, she is a co-editor of Impractical Spaces, a collaborative national project and groundbreaking anthology of publications that offer a historical look at defunct artist-run projects throughout the United States in small to mid-sized cities. She is also a founding member of PLUG Projects, an artist-run space in Kansas City.

Multimedia artist Glyneisha Johnson lives and works in Kansas City, MO. Johnson completed her Bachelor of Fine Art in painting from the Kansas City Art Institute in 2017. Her work has been exhibited in various solo and group exhibitions in the United States, including the Nerman Museum of Contemporary Art in Overland Park, KS, the Union for Contemporary Art in Omaha, NE and Haw Contemporary in Kansas City, MO. Johnson was a 2019 Summer studio artist-in-residence at Art Omi in Ghent, NY and is an artist-in-residence at Bemis Center in January 2020.

This year’s Generative Performing Artist Awards are given to Stacy Busch and Vi Tran.

Busch is a composer, performer, and producer of collaborative concert experiences. Stacy is passionate about reaching underserved, misrepresented communities through creative work as a means of breaking down social stigma and fostering greater awareness around mental health, addiction, and LGBTQ+ issues. Busch is the founder of No Divide KC, an arts/social justice non-profit that creates events for social causes.

She composes pieces through improvisational performance and largely works in electronic music utilizing her voice in innovative ways. Stacy focuses on producing shows that combine theatrical elements as well as bridge pop and experimental performances. All of her shows are in collaboration with a range of artists from various mediums. Her work is about expressing complex and ancient human struggles in ways that are innovative and experimental yet accessible to all people.

Vi Tran is a preacher’s kid and the son of butchers. Vi was born in the shadow of Sai Gon, Vietnam and raised in the cattle country of southwestern Kansas. He is equal parts sea salt and wheat fields. As a storyteller, actor, singer-songwriter, composer, and playwright, Vi utilizes a variety of methods and disciplines to examine topics as varied as the unpacking of inherited cultural trauma among refugee populations living in the diaspora to the dismantling of the toxic masculinity within the mythos of the Hemingway Hero.

His work, including his autobiographical Vietnamese American folk musical, The Butcher’s Son, straddles the dichotomy of Americana and the foreign Other. Using potent and empathetic storytelling about the difficult subject matter but with the accessible and plainspoken straightforwardness of his southwestern Kansas roots, Vi’s work presents a path to healing, hope, and unity in an ever-divided society.

Each Charlotte Street Visual Artist Award Fellow receives an unrestricted cash grant of $10,000, and inclusion in the 2020 Charlotte Street Visual Artist Awards Exhibition at Nerman Museum of Contemporary Art in Overland Park, KS later in 2020. The exhibition will be curated by Bruce Hartman, Executive Director and Chief Curator of the Nerman Museum of Contemporary Art.

The 2020 Charlotte Street Generative Performing Artist Awards recognize two exceptional artists in the fields of dance, theatre, music, opera, sound art, performance art, multimedia performance, spoken word, puppetry or hybrid performance-based forms. Both of the artists will also receive an unrestricted cash award of $10,000 and their public performances will be promoted by Charlotte Street throughout the rest of the 2020 calendar year.

All of the 2020 Charlotte Street Award Fellows were selected through competitive processes beginning with open calls for applications from artists based in the five-county Kansas City Metro Area. Artist selections were made by a panel of jurors consisting of renowned and qualified art professionals. Jurors participated in in-person interviews, presentations, and studio visits, resulting in the selection of 10 finalists for the Generative Performing Artists Awards and 10 finalists for the Visual Artist Awards.