Context is Everything: A Look at Two Photography Exhibitions at Sherry Leedy Contemporary

Stop the Violence by Francois Robert was an exhibition at Sherry Leedy Contemporary that utilized overt symbols of oppression and violence.  In the next room, Transformed by Art Miller had a more subtle conversation about the symbolic. In the latter exhibition, Miller created a strong dichotomy between these two shows commenting on the expansion of religious institutions and materialism. His work directly countered Robert’s upfront  approach to looking at conflict. The work of Robert and Miller’s contrasted in tones and style of taking a critical look at the importance of symbolism, while setting the stage of reflection on contemporary institutional decay. 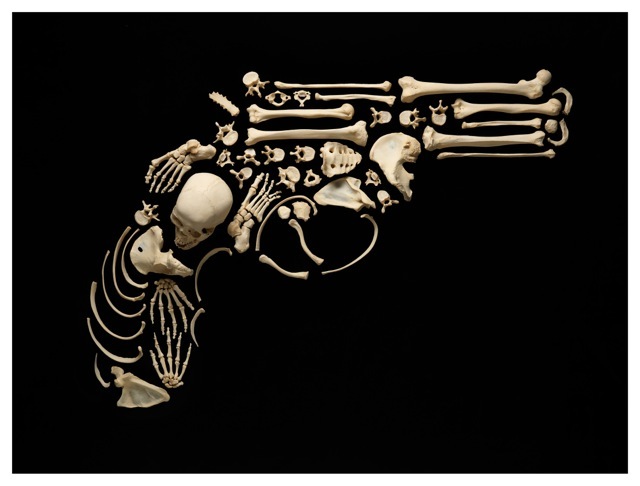 In the space of Francois Robert’s Stop the Violence, the first things encountered were large prints of bones arranged particularly. Upon closer look, the images being depicted with the arrangements represented those of oppression and hate, including the numbers 911, a grenade, and various guns. Using the heavily weighted symbols, he drew one in through the acknowledgement of the overtly controversial.

Robert used actual bones through which was an attempt at making a direct connection to the human interaction which is involved in the conflicts escalated by these images.  The stark, black backgrounds created a sense of urgency but also seemed to desire a viewer to experience both mourning and contemplation in these documented miniature installations. 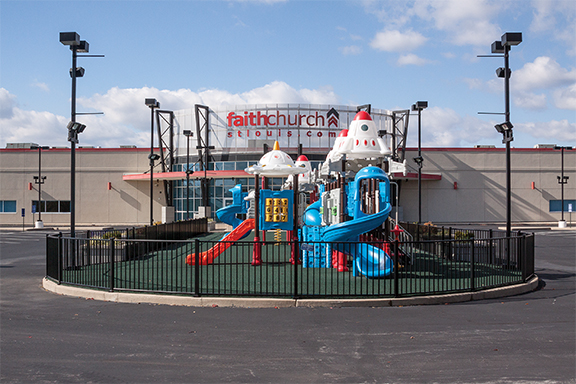 In the room next door, Art Miller’s Transformed featured medium scale photographs of churches repurposed for commercial use. His work posed questions to the audience’s perception of the money being poured into religious institutions and suburban sprawl. The contrasting tones between the two bodies of work existing in the space, one being these politically charged works with the other being a subtle critical look into religious symbolism in suburban/rural America, left one with questions of the nature of the true meaning of societal metaphors to compare and contrast. 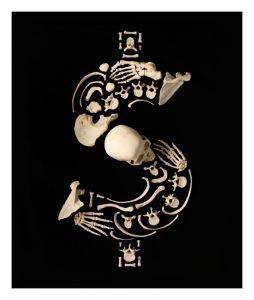 The prints themselves were well crafted; high quality printing with deep blacks that achieved crisp resolution of the details in the bones. The decision of printing these images was bold, yet it put the viewer face to face with these politically charged ideas that we tend to stray away from due to their violent nature.  However, the ideas being incorporated by Robert felt too overt, and left viewers with nothing to explore further conceptually.  Instead of expressing empathy with this body of work, I believe that Robert was more concerned with shock value, and easily attainable imagery.

Back to Miller’s Transformed, it seems as though it existed as an explicit parallel of Robert’s photographs. In these images, the symbolism of the cross embraces subtlety, and there is room for the viewer to create their own assumptions. Miller is hyper aware of how the images flow create a contextual narrative about the state of religion in America. In a stark look at the blurred lines between commerce and religion, Miller takes a position on the critique of institutionalized religion proposed by modern America. 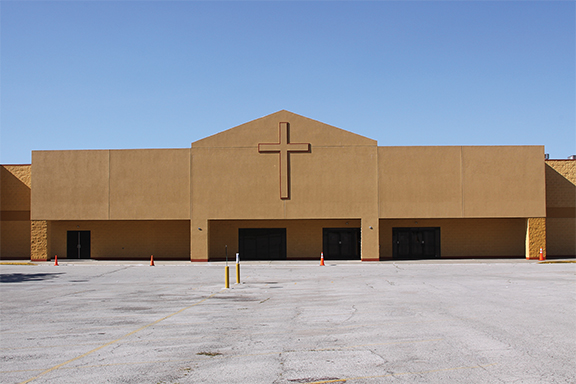 All in all, I would praise the proposed idea of Stop the Violence, while taking a critical look on the blatantly obvious methods of execution utilized to carry his viewpoints to his audiences.  These artists have an interesting dialogue and counterbalance with one another, while presenting an opportunity to participate in a larger socio-political conversation. Art Miller’s Transformed serves as a strong, conceptual basis for questioning the major institutions of contemporary society in a profound way.  His photographs leave one wanting more, while using photography as a platform for telling the intricate narratives of deconstructed locations as sites for reflection on institutional decay.