Here is a genealogy, or else a geometry, or else a circumstance: a smothering Summertime rolled away one morning to make coffee and left behind the Fall; a creative surge in my studio became apparent; a cat came to live with me.

All summer long in pursuit of a rumor that generations of wild offspring of Burroughs’ favorite cat still walked the streets of Lawrence’s east side, I visited an animal shelter on Saturdays hoping to see some dilution of a Russian Blue. When one never showed, a friend introduced me to an underweight Holstein stray who patrolled the alley behind his heavy metal apartment, who drank beery rainwater from upturned trashcan lids and ate garbage, and for whom the coming Winter would be an either – or. The cat was in that fraternity of wild and aimless things whose today is gravy because tomorrow is a crapshoot, and so it carried itself with the easy buoyancy of a helium balloon tied to the wrist of a child at the fair. We took to each other well; me an Artist plagued with constant beginnings, the cat —dead now— gliding towards a violent life’s comfortable resolution. On our first trip to the veterinarian I learned that the cat was an elderly female whose days had been full of incidents– a broken front left tusk; a tail kinked and frozen in the middle; the misshapen bridge of her nose the site of some recent violence; dried blood, missing fur.

At some point early on I began to call the cat ‘Baby’, and we settled into an indoor life together. At this time in my life I was bartending at night and making drawings in my living room during the day, which is where the cat preferred to be as well. At some point later on she and my drawings came to occupy the same space in my mind. There was the way they called for my sustained attention and responded thanklessly– sometimes only leaving the room, sometimes only taking up more space. There was the way they made me question whether I cared enough, and whether I ought to have made different choices. There was the way they dominated the environment with their arrogance and distance and promise of beauty. There was the way that, in spite of their own simplicity– paper and pencil and an unerring dumbness, forever walking into familiar rooms as if for the first time– each had a way of locating my consciousness. From time to time Baby would look me directly in the eye, and from time to time a drawing would complete a thought I didn’t know I was having, and I would be surprised.

It is basic psychic arithmetic to look another human in the eye and encounter their consciousness, and in so doing to communicate the message ‘I am here, and I see you seeing me, and so we are here together.’ Water from a faucet, you know. However it is not to be overlooked when something else—a cat or Art, say—does the same. It is significant of a primal connection, it is an opportunity for an accidental translation, it is a chance to look inward. We have all felt them, those alchemical reactions when the thing at hand transcends the trivia of its own production to become a conduit between unlikely locations. We have all felt the satisfaction when a misalignment gives way to warm recognition. We have all felt the disappointment when the recognition comes too easily to be worth very much, or when it isn’t there at all. We have all felt the companionship of Art.

There is something to be said here at the end about the location of Art in the day-to-day of an Artist. Something about how this thing first appeared at a time before we all of us had the facility to classify it beyond a sudden sense of bottomless ecstatic wonder; and then how we many of us would seek out this thing again and again and even try to stir up a little bit for ourselves; and later how we a handful of us would decide to dedicate ourselves to this thing when the other kids were busy dedicating themselves to more sensible and terrestrial things like each other or money or the law; and later again how this thing barrel rolled up up up and into the sun and back behind where we the rest of us couldn’t see it anymore, the pursuer pursued; and how finally this thing flowed like gas into corners of our lives where it had no business being, eventually attaining an unqualified and perverse degree of influence — a dowsing rod carried by a stranger; a horseshoe magnet buried in a bed of garlic; a shadow moving from grass to sand to water; a cat in a room. 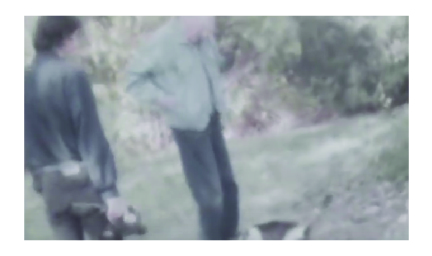 Next Time: Success in Gravity is Only Falling.