Home formal E S S A Y 5: Success in Gravity is Only Falling.

Success! In Art! Is Difficult! What is an appropriate metric for judging it, anyways?

How then to discuss success in the Art part of Art, which is forever in the act of devouring its own indices? It goes like this; when Art is pronounced to be about something, it christens a place for its opposite as well. Left hand, right hand. And so the components of Art are not worth parsing, nor is there time to do so; they arrives to us and we know when they do. It is for the same reason that Art cannot be taught any more than hunger or sweat. It is its own Thing, and it was buried in our psyche before a choice was made to cultivate it. A discussion of success in this Thing, then, is a better couched as a two-handed discussion of degrees of pursuit. One hand: success is the ability of the Artist to pursue this Thing according to its nature, and in doing so to fully realize the Thing’s unique Thing-ness regardless of the results. The rider allows their back to be broken by the bucking of a wild horse because the horse is beautiful as it moves, and because the rider chose to approach it. Other hand: success is the ability of the Artist to recognize the special qualities of the Thing, to arrange them just so, and to present a semblance of the Thing to folks who are too busy, or too callous, or too talented in other areas to know about the Thing otherwise. The rider breaks the horse and rides it back to town so that other people can see it, tamed though it has been, because a horse at a canter is still quite a thing.

As I think of it, though, the image of the horse and rider is not the closed system it should be — the horse can leave, the rider can take another horse, or walk, or drive. The agency of the participants lacks the unending movement of the project of Art; the way that it does not rest, even in sleep. Consider instead the image of a planet in orbit, forever seeking resolution to the dual forces which drive it. The first force is the unforgivingly attractive pull of gravity emanating from a central point more massive than the planet itself. The second force is the planet’s own forward momentum, propelled perhaps by its history with other attractors, or something in its childhood, shooting along a vector from here to who-can-say-where. Were the planet’s own momentum to overcome the pull of gravity at the center of its orbit, it would leave the path of its orbit and become, at least for a time, lost in a vacuum. On the other hand, were the gravity at the center of the planet’s orbit to overcome its forward momentum, the gravity would pull the planet closer and closer and closer towards oblivion; unfit for the larger world; self absorbed beyond use; cloistered; insane.

Ultimately, the business of fires, and the business of horses, and the business of planets moving, is the business of balances. The introduction of oxygen, just not too much. Letting the horse run until it is tired, and then taking an Advil. Constantly falling in an orbit, and not panicking because of it. Regardless of the model we use for discussing it in the abstract, all of this Art will be something we actually leave behind. Practically speaking, there will be drawers of it, bags of it, piles of it, apartments and studios and warehouses and landfills full of it. However all of this Art will only be one facet of what we will each of us leave behind, and as much as we each intend to live on through the drawings we made hung on the walls of the rooms we moved through while we were alive, we will live on more completely in the folks around us. It is short sighted and foolish to put the needs of Art before the needs of friends and family. Success in Art, then, is success in understanding how to effectively merge the necessary egotism of a studio practice into the great joy of a connected life. All else is fetishism, or selfishness, or buying in to a bygone myth about the primacy of Art above decency, which is surely a reflection of social luxury more than it is an earnest and patient evaluation of our own ability to–as a species– recognize,  index, and truly appreciate the hilarity of our own self awareness. 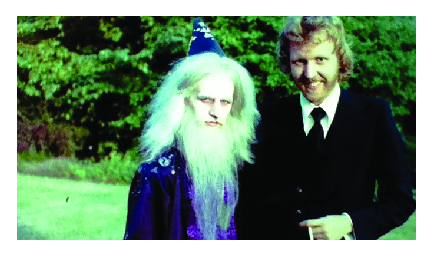