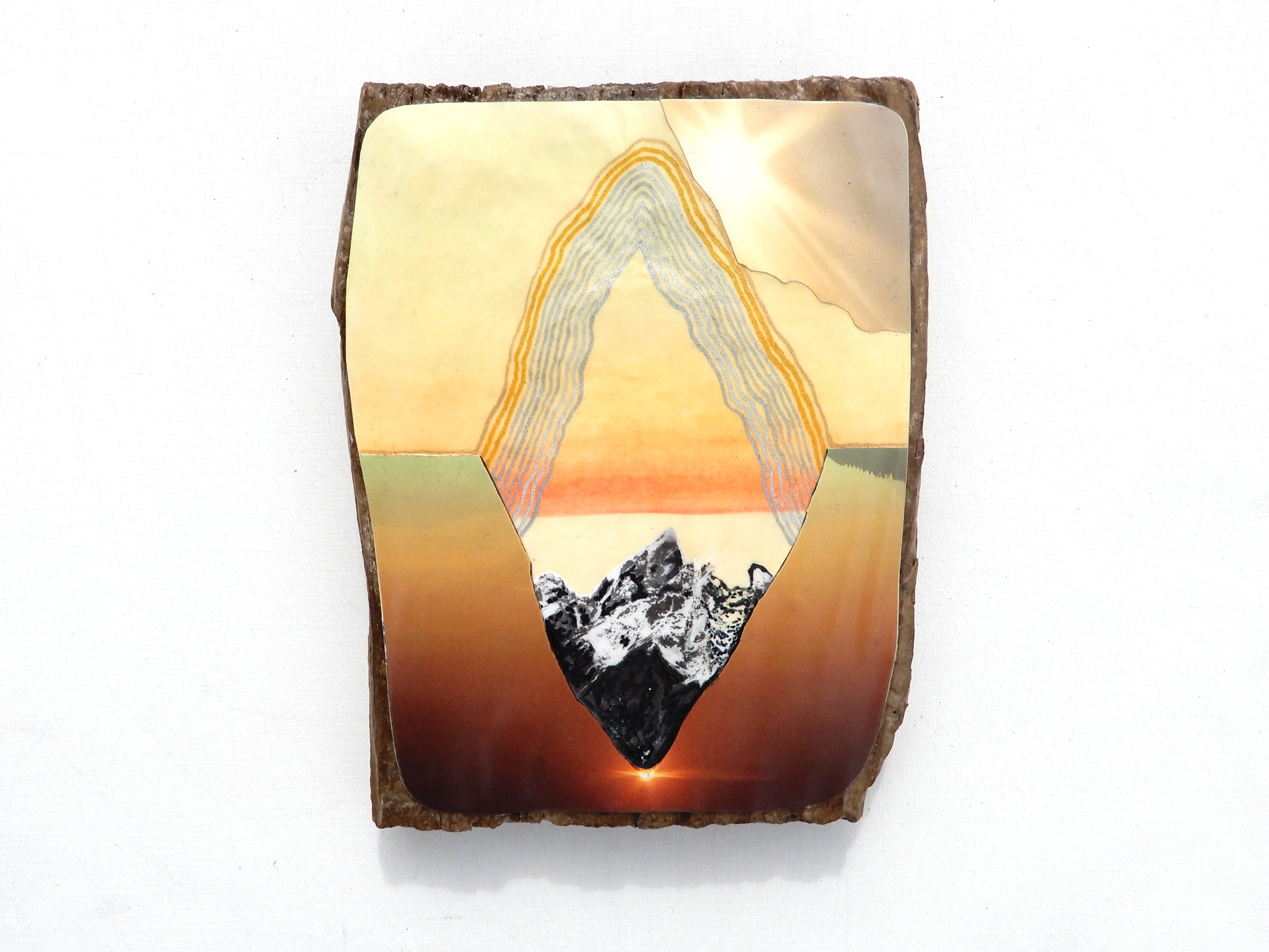 The work of Fidencio Fifield-Perez, Anna Wehrwein, and Nicole Shaver come together in Fellow Feeling at Kansas City’s Hanger Gallery. Fifield-Perez, Shaver and Wehrwein all knew one another at different points during under- and graduate schools. In many cases, especially in Kansas City, artists rely on each other to coordinate an exhibition for open calls rather than a curator. Rather than the exhibition coming across as artists playing curators (it can be a risky endeavor), Fellow Feeling accomplished presenting how the small, interconnected nature of art communities can reveal how seemingly individual practices align with another’s, whether their relationship be close or distant. These artists have found a beautiful resonance between their works and how they complement one another as parts of a collective experience.

The title of this exhibition creates clue-seeking commonalities amidst their range of work. The layout of the space is a long hallway where the work is always facing each other, subsequently looking at and following the viewer as they walk from the entrance to the farthest wall. The hallway, though far wider than any found in a standardized home, worked actively to submerge the viewer between impressions of familiarity. There are similarities between encountering a hallway of photos in a place of residence and what was encountered in this group exhibition. A sunset or a heated room, to the crispness of plants and ocean mist; the work itself imparts climate-like shifts in feeling. In these close associations I was experiencing all of my memories of traveling or being in someone else’s home.

Wehrwein’s Mother Daughter, placed in a nook next to a short set of stairs, is perceivably the largest piece in the exhibition. Though, it still presented itself intimately, nestled into the deepest part of the gallery. Most pieces however, were small, evoking another sense of privacy and intimacy. On the right wall of the gallery, just past the entrance, there is a painting and a framed pair of photographs. In the painting, a woman sits on the edge of a glowing green pool (Wehrwein’s Almost Private Pool), the image zoomed in as if I were crouched directly behind her.  The vertically stacked pair of photographs on glittering backing are faded images of the sea (Shaver’s Between Shores). A group of three objects were arranged on the wall to the left of the entrance. There was an envelope with a plant painted on its surface (Fifield-Perez’s Dacament 12), an artifact of a glacial erratic – which is a stone transported and then left behind by a melting glacier – covered in a thin layer of brass and foil (Shaver’s Iowan Erratic), and another faded, black and white photograph of the sun over a snowy mountain, kept this time in a frame with green glitter spread over its surface (Shaver’s For Bjólfu, The Mountain). Shifting from right to left, Shaver’s framed work became more object-like, in close proximity to artifacts that have undergone embellishment to become an objet d’art.

To the left of these was a warmer drawing of a woman residing at the edge of a natural body of water (Wehrwein’s Mary/Gold). It was coupled by another drawing by Wehrwein’s, though much more mysterious one, a dim image of two stiff, statuesque legs from the knee down jutting into the work from the left, parallel with the grass lit by moonlight. Each piece I encountered acted like pieces of a place, like a brief moment representative of a longer course of time; with a photograph, a drawing, and a saved piece of packaging, each acting to remove a moment from its place in time in its visual retelling.

Further inside the gallery, interior spaces are the subjects. Fifield-Perez’s Night Scapes is adjacent to Wehrwein’s Daughter Mother. The former is a medium-sized work with a darkly inked and grooved surface lacking any figures, containing images of furniture instead. The latter piece is much larger, picturing two figures close on a couch in a glowing red room. Both display a kind of intimacy. The rich, thick colors evenly fill the flat space and I imagine being swaddled by the night light or warm glow as if it were another presence in the room. I began to notice that kind of closeness throughout the gallery.

Across from Night Scapes sits Double Valance; a work comprised of maps cut into fences, collaged in a manner similar to Shaver’s Confession of Geology or Eternal Iceberg. The layers in Double Valance merge and blur from a distance, much like looking through screens, the cut out map lines resembling a fence or a net which emerges when approaching it. The intertwining work shares its intimate characteristics by requiring the viewer to come in close to read the map. An obvious indicator of travel, it outlined routes taken at some point or another. As you step back, the intricate map lines weave in and out of each other suggesting a span of time spent in transit. The map contains many intersections and creates an experience of a web of moments.

There was an impending feeling in most of the works. The kind of anticipation we expect daily, like the sun setting or rising, or the feeling of water right before taking a dip. I realized this with Confession of Geology: two images of a mountain eclipsing the sun, vertically mirroring each other. The expectation of darkness, light receding, of submergence, and stillness in repetition. Fifield-Perez’s Piel de Cuervo led me to recognize the encapsulation of water, still fluidity, with the evidence of water in the wrinkled surface of his handmade paper, and in Wehrwein’s The Bather, frozen mid lather. What becomes apparent is the kind of anticipation that builds through the experience of wandering in a new space as we search for the familiar in mystery; how the artifacts of our memories become mysteriously suspended, broken off from their origins.