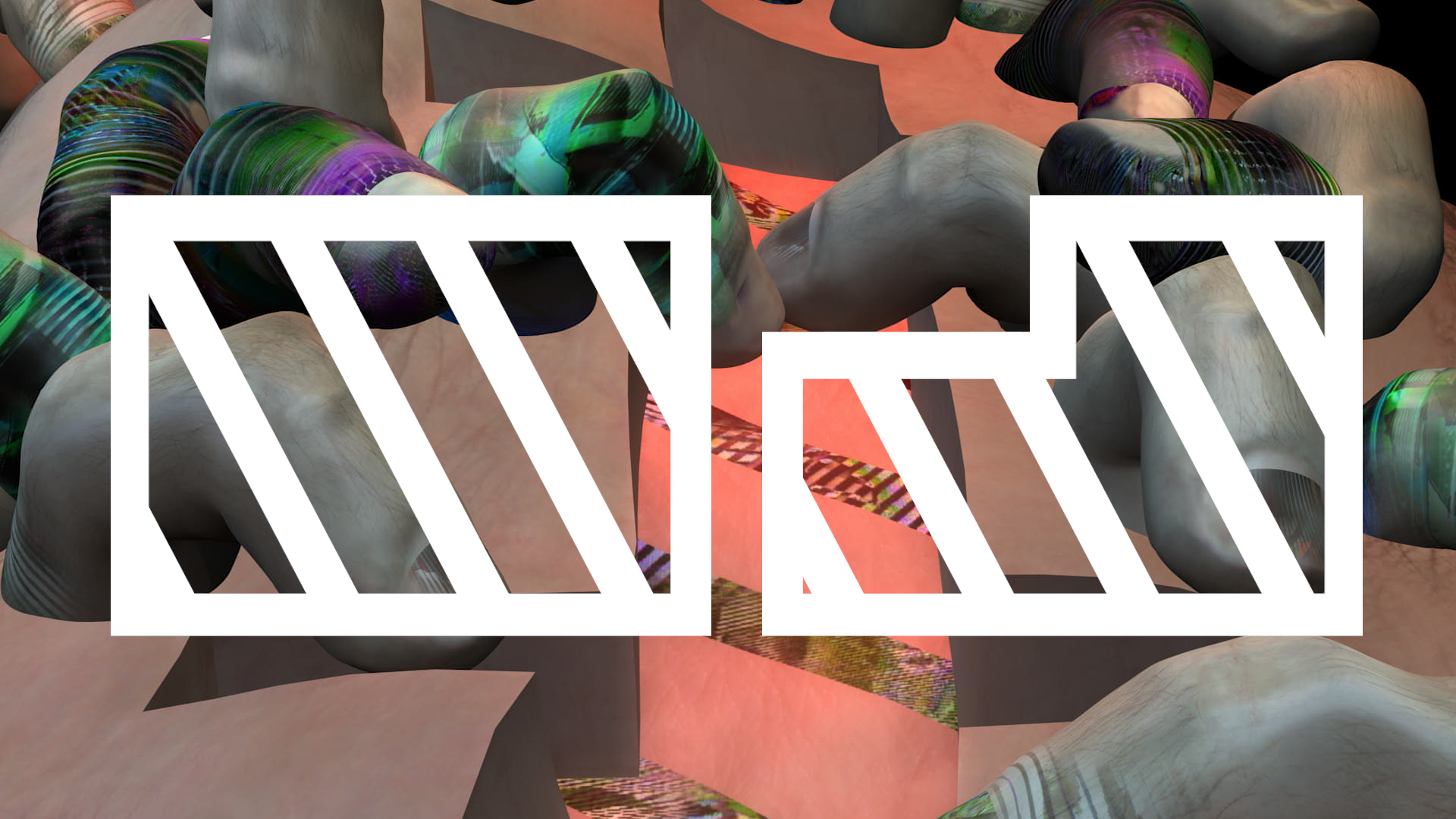 Fumbling Toward Ecstasy: A Response in 3 Parts to the Work of Benjamin Rosenthal

The following is a para-fictional response in 3 parts to the work of Benjamin Rosenthal by Kate Bowen (Artist, Organizer + Exhibitions Director at Acre). Each part intersects with a different aspect of Rosenthal’s multi-layered practice, specifically focusing on the transmission, the transformation, and the technoerotic.

The hot expanse of a tilled potato field in Rigby, Idaho is said to be Philo Farnsworth’s inspiration for the invention of the image dissector camera tube which made possible the first all-electronic image transmission. Mimicking the long straight lines of the field, Farnsworth broke his image signal into a series of lines moving across an invisible frontier. In 1929, he sent the first live human image through his electronic television system; including a three and a half inch image of his wife, Pem. Transforming the human figure from flesh and blood to photoelectron transmission Pem is a signal sent and received. She lives, in that moment, as an image, a signal, and a physical body. A subject in three systems, transmuted through an electromechanical potato field, and trapped by the physicality of each form. 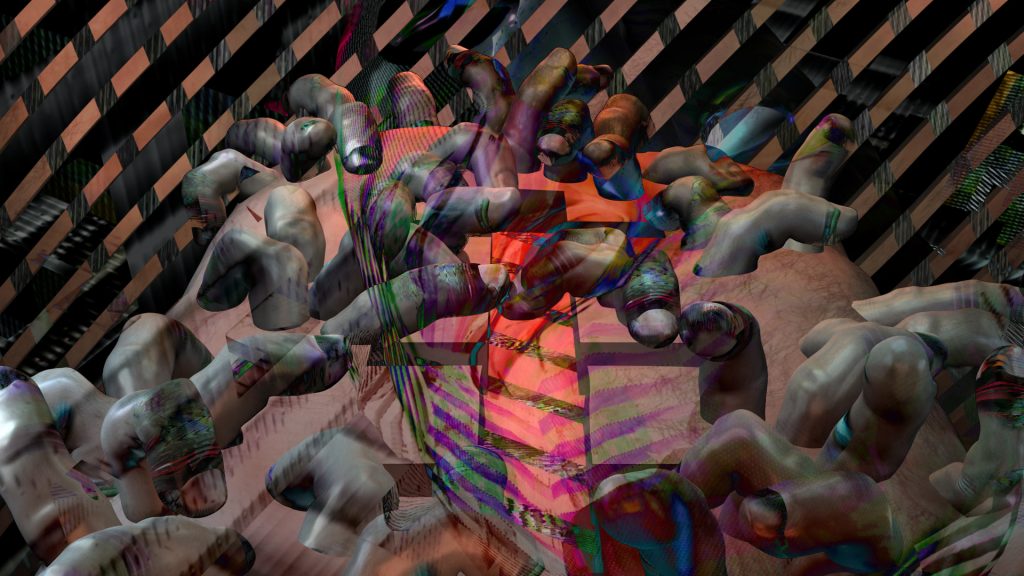 From the inside things are actually ok. It’s more comfortable than you would think. Not happy, but safe, because it is ordinary and because you know it well. Discomfort and unease are not always readily apparent, as everyday provides a vast expanse of white noise as cover to safely move through. Instead it accumulates by a magnitude, slowly and then all at once, building intensity and pressure nearing an anxious conclusion.

As a metaphor, white noise is used to describe the pure background clamor of the everyday that suspends our abilities to actualize our identity. As a signal it is random and has infinite power containing all frequencies, but can be used as a conduit or a filter to gain clarity. White noise could be a proposition to reveal the random, powerful, and infinite, as potential. Transformation is possible if we do the work to filter and repurpose the structures and systems that bind us and conceal themselves. If we confront the insidious qualities of what is normal. If we let go of control in favor of experimentation, and forego the familiar in favor of the uncanny. We may find the safety of our hidden  interiors unnecessary, and in their place build sanctuary. 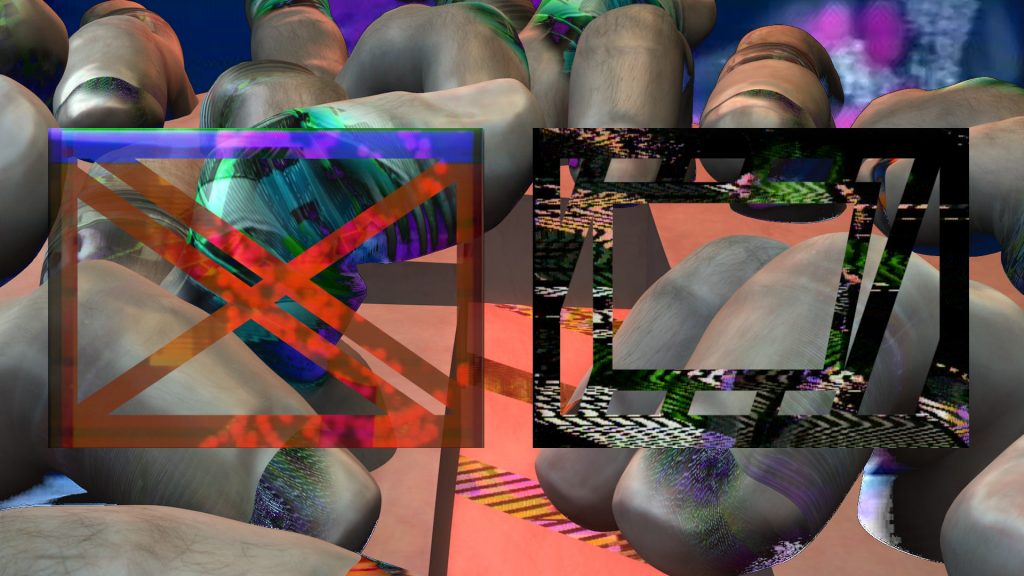 I’m running my finger over the usb port on my laptop. It’s warm in my lap and making my thighs blush. I try to push my finger into the opening, but it is too clumsy and fleshy to be satisfied. The hard edges and rounded corners keep the pad of my finger from entering the port and touching the pins. Even if I could touch them, the connection would be a technical failure. Though this fact only makes me want to attempt the connection more.

And what is success, or “right”? Failure according to a technical specification, or command, or some design, something mandatory and lifeless and prescribed.

My fingers press on, my lap still warm. As I bring the charger near I feel the anticipatory magnetic force between charger and dock. It gives that little *snap* when the connection is made and my computer responds with a gentle whir from the fan.