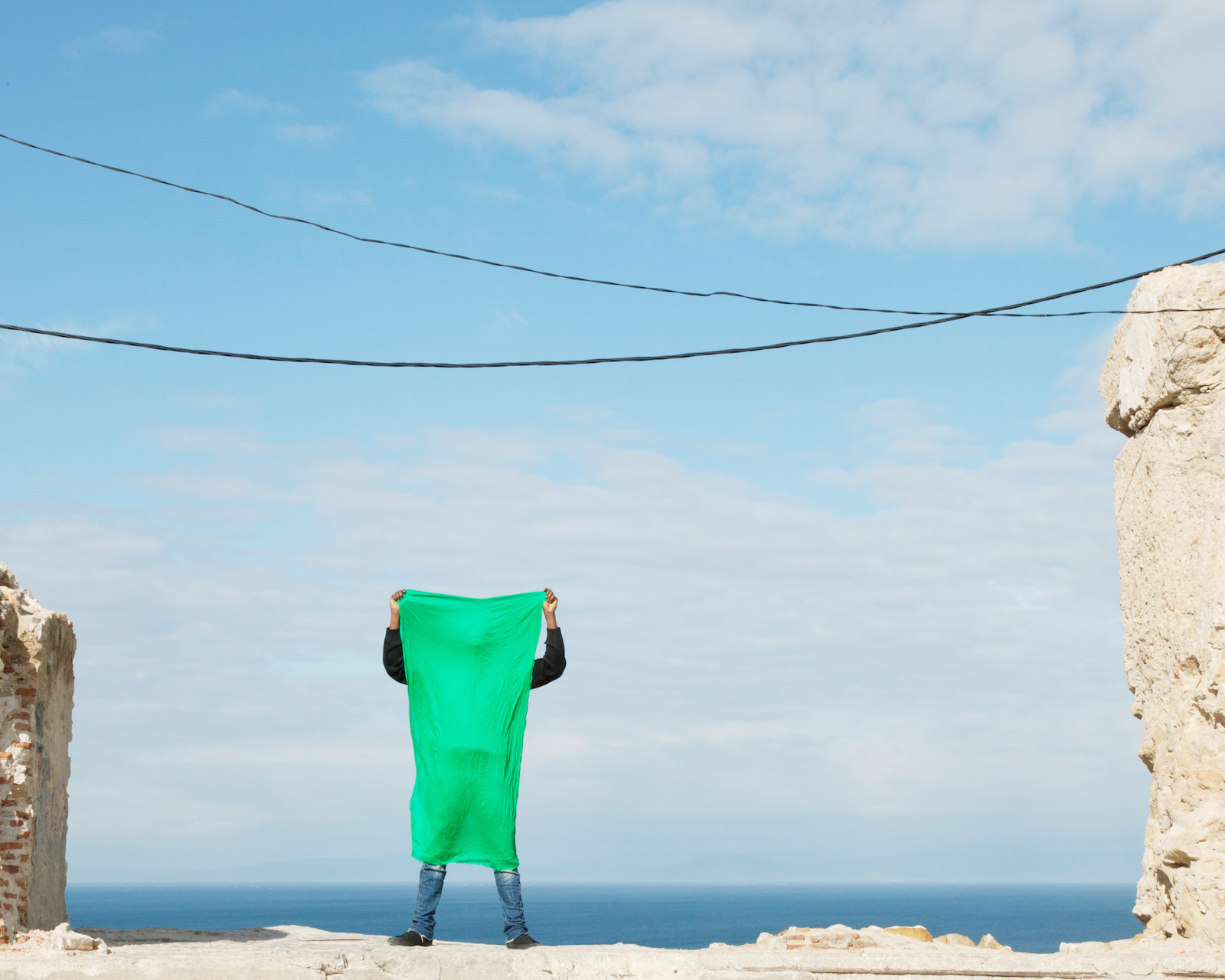 At H&R Block Artspace, Dawit L. Petros’ The Stranger’s Notebook, brings a conversation that asks what it means to be a stranger to other people, places and archives. The exhibition consists of photographic, video, and sound based works that documents Petros’ 13 month journey through Africa and Europe: from Lagos, Nigeria to Amsterdam and then to Italy and Morocco. It provokes an inner-conversation about being a stranger; as a large part of our lives are spent in transition. There are strangers I pass by on the street, share a space with, and even anticipate interaction with. Recognizing my ability to blend into the background of others’ lives, I understand that I am the stranger too.

I observed the conversation at the Artspace between Petros and Emmanuel Iduma (art critic and founder of the collective, Invisible Borders). Iduma worked with Petros for a portion of his journey while documenting The Stranger’s Notebook. Both investigating similar ideas within their practice, Iduma asks Petros these questions:

What does it mean to be an intimate stranger? How do you reflect on this experience of traveling? How do you write in respect to the manner of this fleeting kind of movement and experiences? Most importantly, How do you think about presentation in response to mode of travel?

Dawit explains that the starting point of his work was an image of a circus elephant named Snyder, which he encountered in Salina, Kansas. 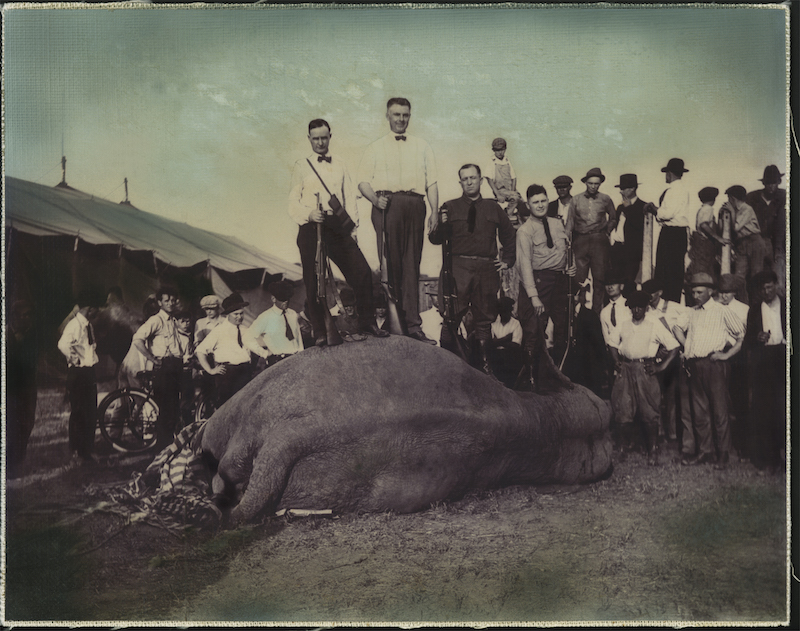 An image of Snyder the circus elephant, killed in 1920 in Salina, Kansas. Photograph courtesy of Dawit L. Petros.

Assumptions made about this elephant being from Africa (which it wasn’t) kindled curiosity in Dawit about images like this, where its complexity causes the viewer to place assumptions within the story of an image. Throughout his journey, Petros found himself at the center of “stranger-ness,” unaware of or had no access to the truth in the narratives he was facing. Having experienced migration himself as a refugee, he is researching and considering the experiences we all have of different journeys at different privileges. The presence of this show brought the opportunity for him to investigate his sense of distance from others as a stranger by circulating evidence, via his personal and encountered archives, of shared compassion, knowledge, and perspectives. 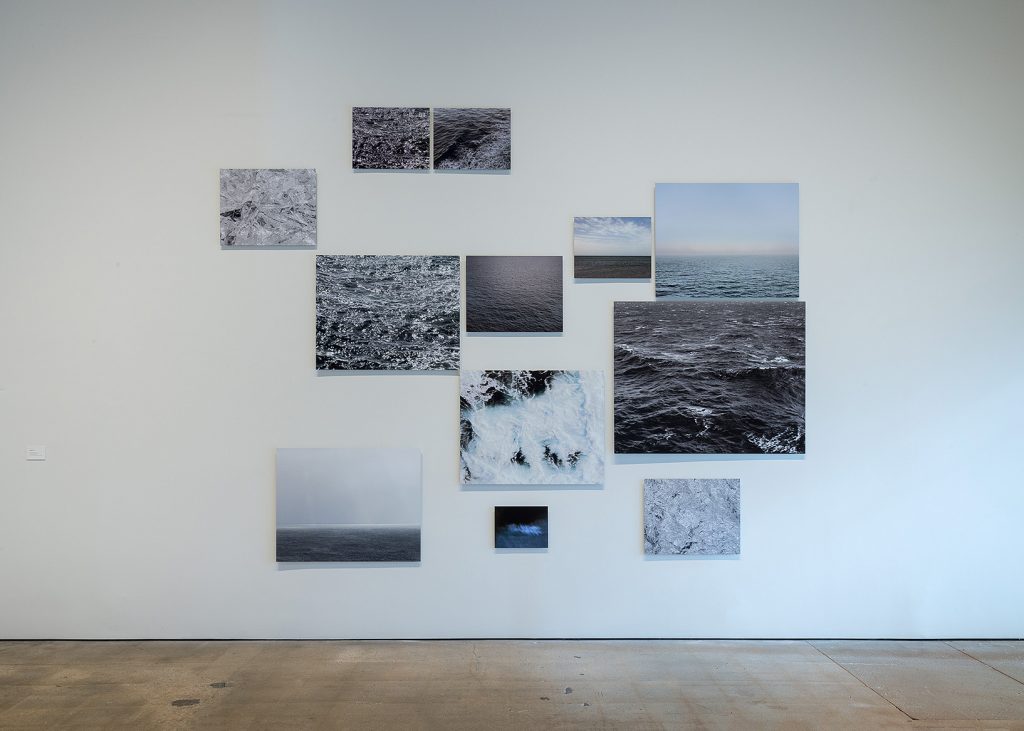 This piece, Historical Rupture, became a central point of the show because of its reference to the act of making assumptions while disrupting a linear arrangement.  In this work I found a direct correlation to how we look and then digest information to build a sense of the past. The fragments dispersed and not arranged within a chronological structure create questions about what can be seen with no clear answers. These are photographs of the ocean’s turbulence, rest, and horizon, but there are a few photographs of a kind of material and other unfocused images that suggest the ocean but are visibly not.

Again, I catch myself making assumptions of what I am seeing within a single photograph, but am then denied that assumption by what a photograph nearby suggests. The ocean was used as an allegory for history. The notion of history’s linear structure creates order but this is not the reality of how we actually experience it– in a fluid arrangement of knowledge. I visualize history as a grid of intersecting circles of people’s viewpoints of their personal or extended past. Because of the massive amount of archives kept to unfold ideas or truths about the past, there is a way to construct an interpretation of a past which considers multiple perspectives. 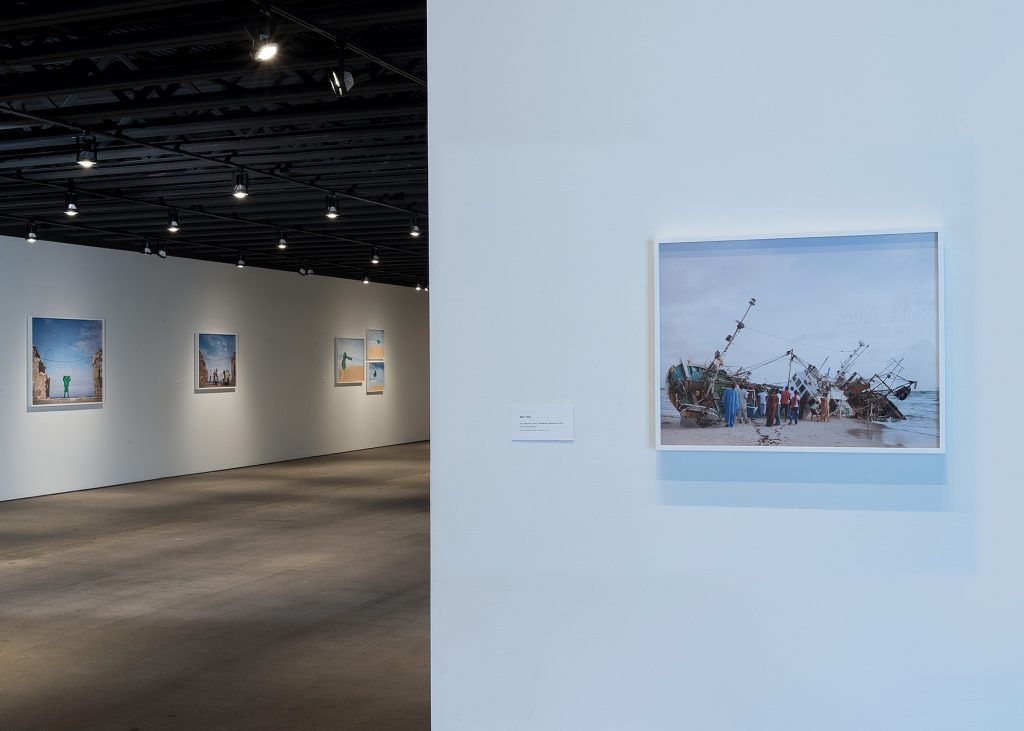 In this show, Petros was placed within numerous charged spaces where he had to decide how to document his surroundings. He explains that he assesses what is accessible to him within his surroundings and remains truthful to the complexity that exists there. “Stop, establish, reflect, and construct.” He experienced a sense of estrangement from these bodies, which allowed room to define a more intimate space by being empathetic.

Extending into a setting where we are forced to consider other histories can make us better citizens and allies. This is not some friendly reminder like ones from roommates to keep shared space clean, but is a persistent obligation to know that one’s experiences are not another’s. Specifically, the 2016 presidential election has brought attention to a condition of complexity in reality. This condition seems to exist at the periphery of  the social bubbles individuals can be isolated within. Centered in the information we want to interact with, we can easily be blind to the information we should consider that has been left at the periphery of our social bubble. If left unconsidered, we become ignorant and apathetic.

So, as we continue to make and see art, travel, experience the world, it is important to assess our own surroundings and be mindful of perspectives we may not have access to.