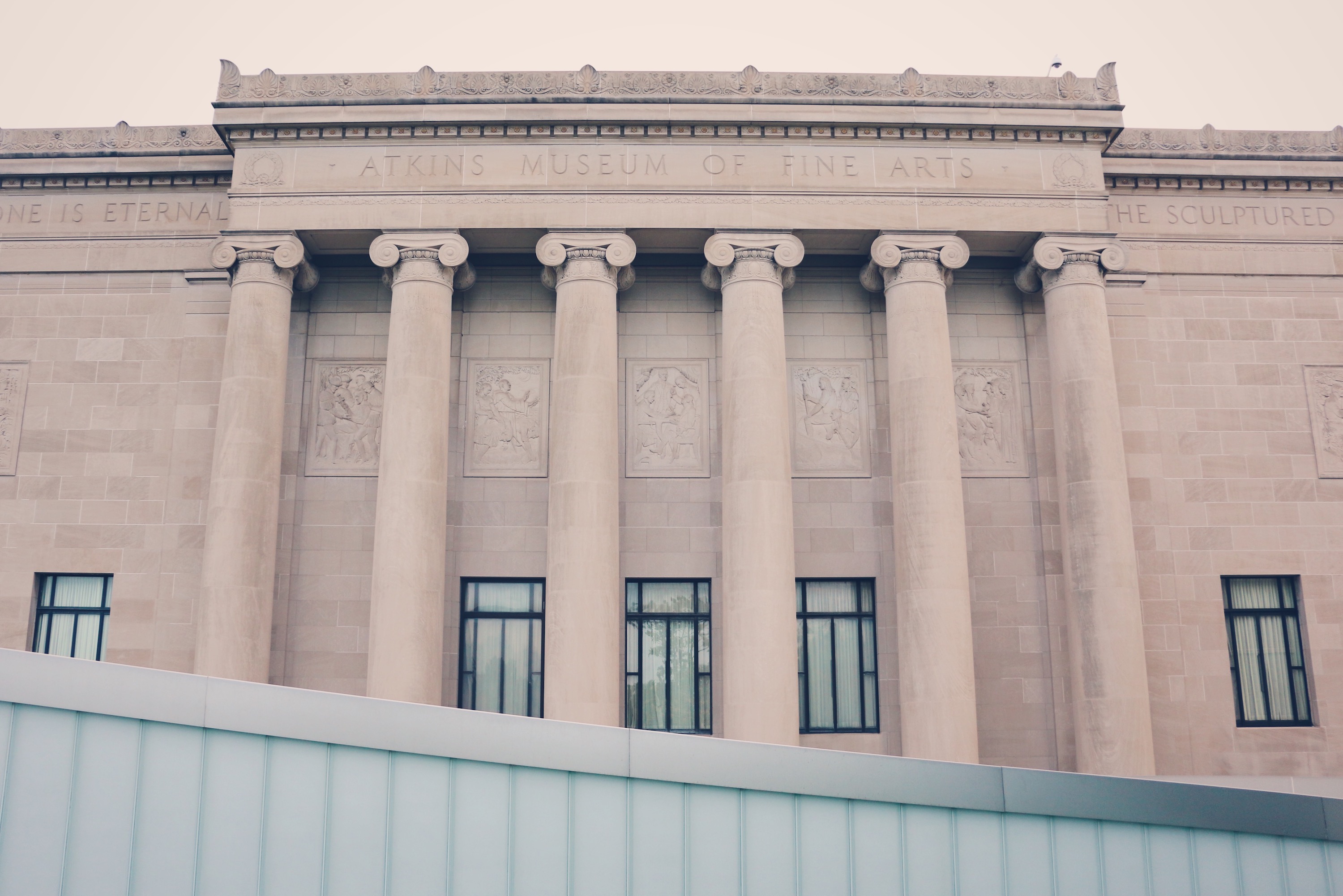 iPhones & Rembrandts: A Conversation About Advancements with Catherine Futter

Catherine Futter, the Director of Curatorial Affairs at the Nelson-Atkins Museum of Art, spoke to me about her process of planning exhibitions and finding her personal inspiration to preserve the traditional methods of art institutions, while also being cognizant of the prevailing trends in museums and the contemporary art scene in Kansas City.  Sitting beside the Bloch Lobby Info Desk, she revealed the extensive planning that comes with being the Director of Curatorial Affairs, while discussing how she views the Nelson-Atkins as both a place of academic inquiry and one of inclusion in the current political climate.  Being on the board of Charlotte Street, as well as holding a high position at the Nelson-Atkins, Futter expresses interest in how technology and the advancements of society contribute to the accessibility of art, specifically in an encyclopedic museum setting. 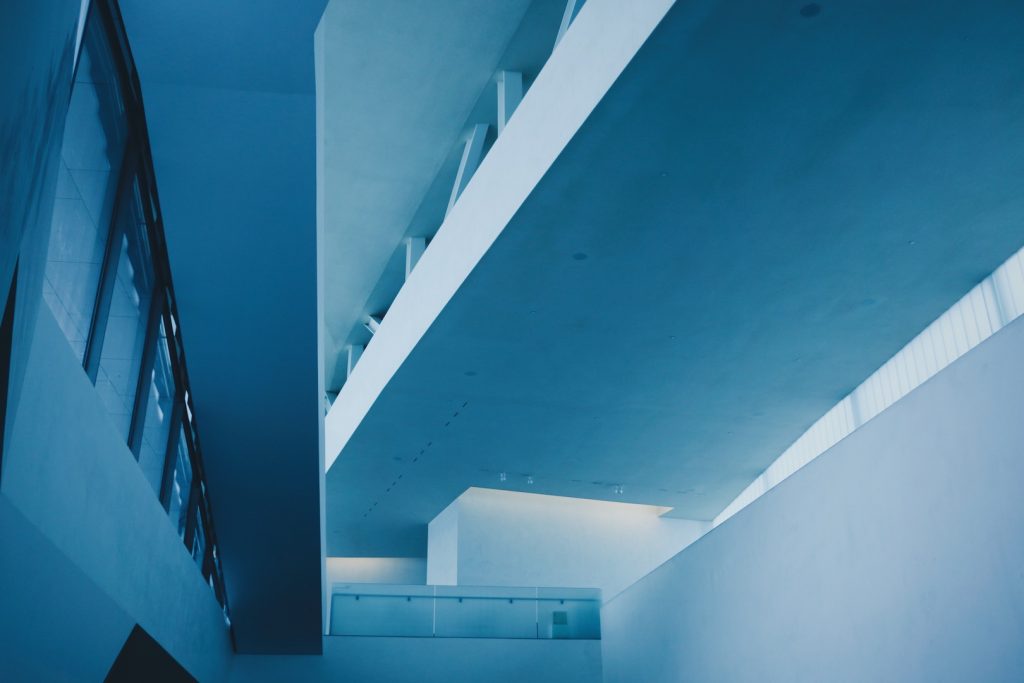 Rebecca Swanson (RS): How many years have you been working at the Nelson-Atkins Museum of Art?

RS: When you’re planning an exhibition, what is your process?

CF: First off, I ask what the idea will be.  From there, it’s proposed to the director, who then decides if it’s going to go forward or not.  Then if it is, he developed it more fully. After that, we have a group that’s called the strategic leadership group, who consist of education, administration, presentation, curatorial, finance, HR, fundraising, external affairs.  So they are given a presentation about what the exhibition would consist of and how big it might be, all while thinking about the schedule and the budget.  Then, it goes in front of the full curatorial division, who might have some feedback.  We get together what we call a “core team,” which is made up of an interpretive specialist, the curator, and designer who are the central core of the exhibition.  From there, we expand it to a larger group who handles external affairs, such as fundraising for it, graphic design, public programs, etc.  There is a progress report at 30% and another at 70%, which is typically wall colors or graphic design, proposed fonts.  After that feedback, they go away and finish the project.

CF: It’s elaborate, and takes us a long time to do projects.  A typical, big exhibition will take us around 5 years.  If it has a catalog, it has to go to press about a year ahead of time.  You need to handle that, plus the idea stage, plus the fundraising stage, so it is rare but we sometimes do exhibitions quickly, but quickly in our mind is around a year out.  We have an exhibition schedule, so we know now what we are doing until the end of 2019.  If something drops out for some reason or something gets added, we have to adjust but exhibitions kind of get locked into their schedules.

RS: What would be the factors in those schedule changes?

CF: Sometimes we can’t get other venues.  We take traveling exhibitions, and sometimes we develop our own.  For instance, maybe we want something that’s going to travel and we can’t find other venues that might be a reason that the museum is now taking the full, financial burden of an exhibition as opposed to sharing it amongst other venues.  No exhibition comes free, as you can imagine, just as installation costs money, insurance costs money, so they all have budgets.  Large budgets.

We have Forty-Part Motet, which is a sound sculpture by Janet Cardiff.  The sculpture explores sound and music in an immersive experience unlike any other. We also have the photographs of Dave Heath, which are really beautiful and poignant, and very human in both their portrayal of the individual within the context of groups.  Admittedly, I was born pretty soon after he took many of those photographs and I grew up in New York City.  Many of the photographs are of New York, and I keep looking for my parents in the photographs, and I gather that I’m not alone in finding that very human thinking that you might know someone in them.  You make a really strong connection to them, as individuals who are part of a larger community.  He himself had a very hard life, so he really found art as a way to connect with people and find his voice. 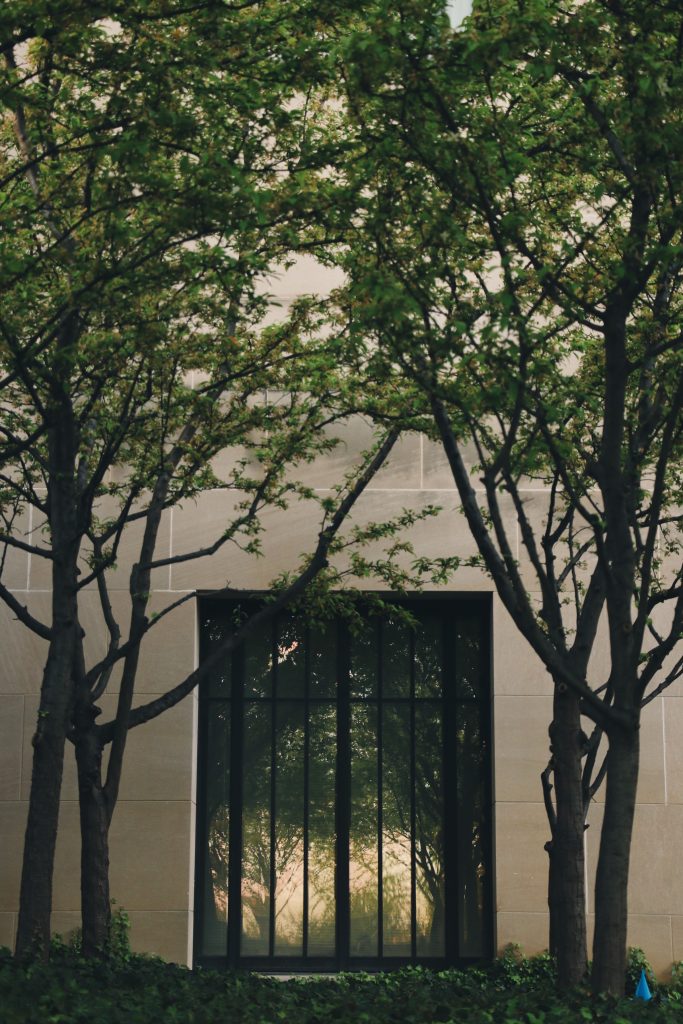 RS: Are there any things in the current culture influencing you right now?

CF: Absolutely. We are focused on making stronger connections to the community by promoting the fact that this is a free institution where you can come and see millenia of art for free. We also represent many communities here with the art that is in the collection.  It’s about opening that up, and letting it be a major message that we are here for all people.  We are also thinking about being a place where you can take solace while also having hard conversations about diversity, multiculturalism and globalism, all of which are big issues right now.  We are talking about increases in technology and it’s rapid acceleration. For example, the iPhone is only 10 years old, but imagine a world without it.  It’s almost inconceivable, and there is probably something else that will be released soon that none of us have thought about that could change the world, which we see happening more and more frequently.  So it’s about thinking about how the museum will adapt to that, and have it be a place of tradition, a place of the present, and a place of the future.  So we try balance those things, and try not to be a place of dead art.  We want to be a place where you can connect on many different levels.  We don’t want people to think we’re a place that’s ten years behind, we want people to see our relevance to today.

RS: What typically motivates you personally to make a show? 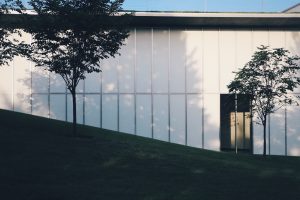 CF:  I am very interested in the way that people interact with art in other ways besides just visually.  I’m interested in participation, whether that means conceptual participation, or purely physical.  We’ve had an exhibition where we’ve had a designer present a wavy floor, so people could sit on it, roll on it, and literally interact with it.  We had another exhibition where people became owners of a cup, and that cup was on view with their name on it, so they were lending it to the museum.  In that way, they participated through ownership, participated as lenders, participated in contributing to the history of the museum.  It also related to the permanent collection, even though they were done by contemporary artists. Therefore, it goes back to things provoking our participating.  For example, classical music reminds me of art, and vice versa.  So it’s about how we can have people not just look at a painting, but think about ways they can interact with it on a bunch of different levels.

RS: So in a way, you’re trying to make art more accessible by reaching out to various kinds of people?

CF: Yes! Exactly.  We all connect on different levels.  For example, if I looked at the Lee Krasner painting that’s on loan over there you and I see completely different things.  What you may see is color, what I may see is motion.  Those aren’t exclusionary, but we’re also talking about finding our own interests in the same work of art.  You may hate abstract expressionism, but I love abstract expressionism.  You bring all of this stuff to it as a viewer, so you have to connect with it on different levels. 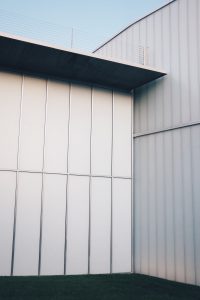 RS: Do you take an interest in the Kansas City art scene, or do you focus more on art on a national scale?

RS: Would you ever be interested in showing a Kansas City based artist?

CF: I think what we would say is, “if an artist is good, it doesn’t matter where they come from.”  The answer is yes, and we have some Kansas City artists already in the collection, and we are always interested in building that collection.  I also feel like we think that there are other museums in Kansas City that do that better than we do, so then it’s about how we compliment each other, not compete with each other.  The Nerman now has a Kansas City room.  The Nelson has always been individualized.  What you see here, you can’t see in other museums.  Whether it’s historical art or contemporary art, you see something different than other galleries.  We don’t want you to see the same thing when you come to the Nelson-Atkins.