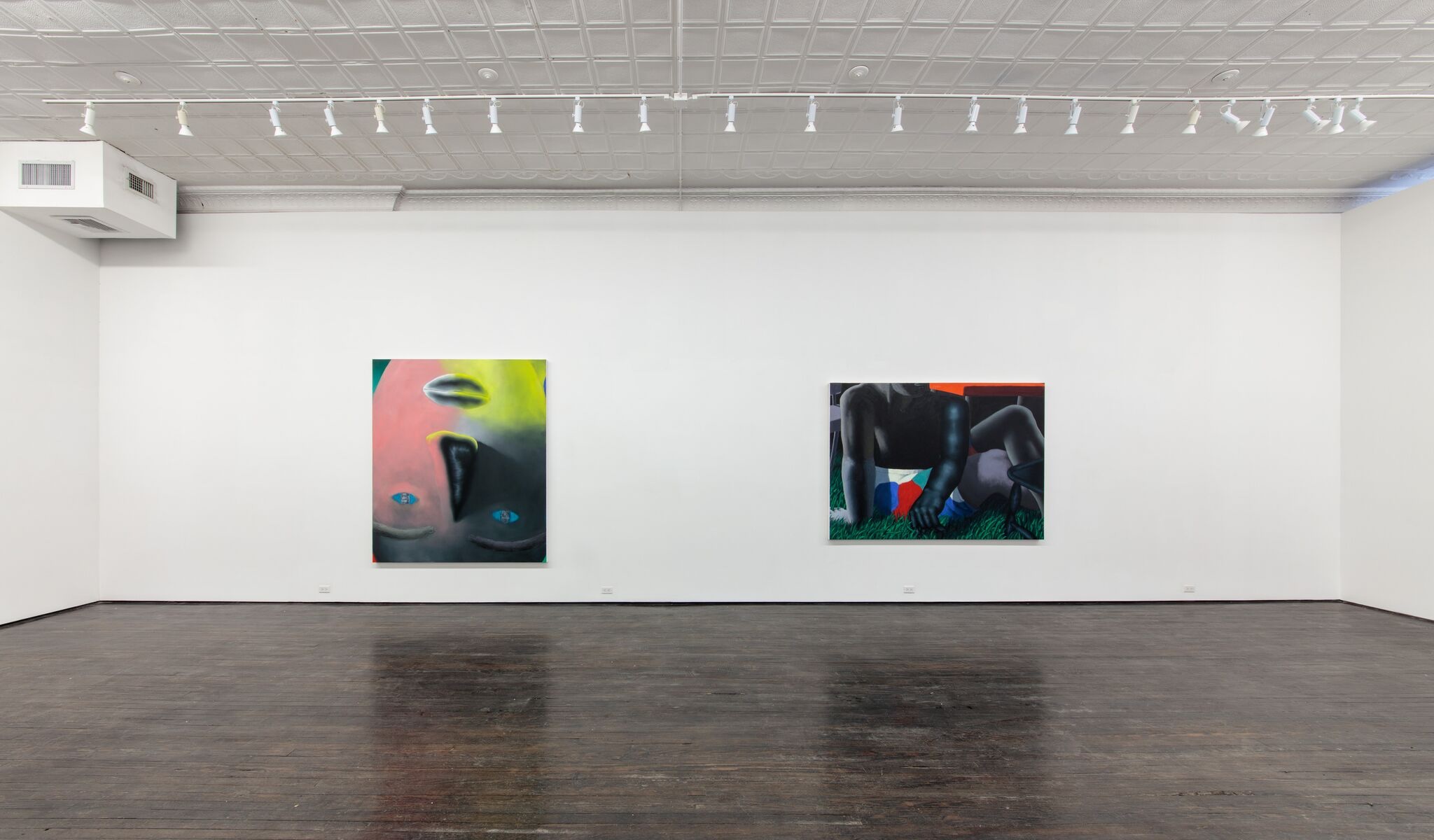 Jordan Kasey exhibits six new large-scale paintings, encircling and filling the space with visions of whimsy. “Exoplanet,” at Nicelle Beauchene Gallery in Soho, permits the viewer to enter Kasey’s paintings, which seem extracted from a different world. The light within each painting emulates unnatural tones and shadows that exist under a source of light unfamiliar in terms of planetary sensibility. 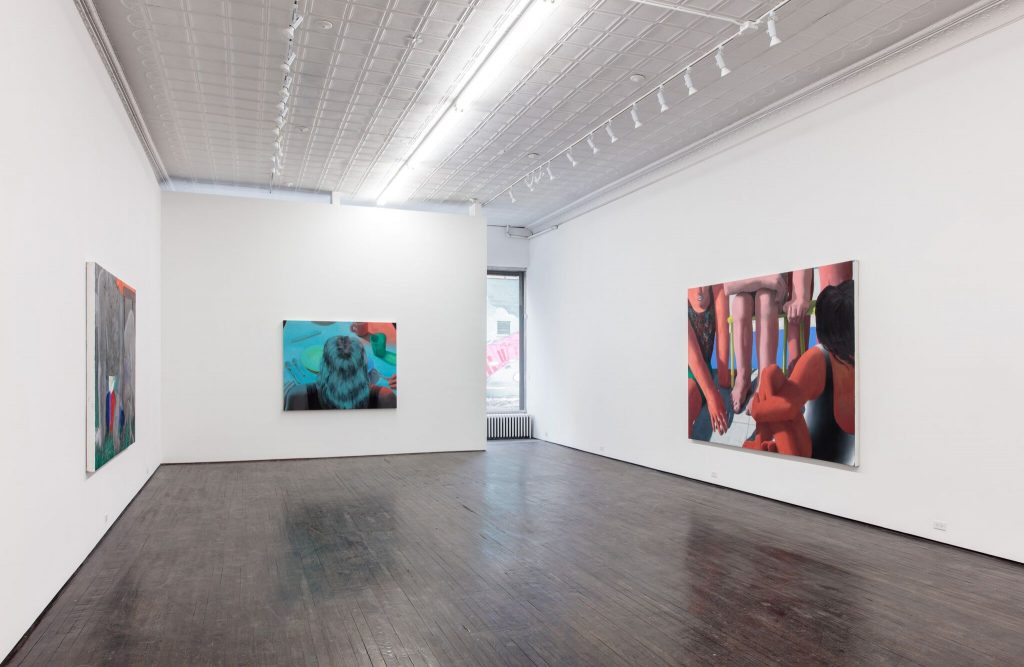 A white light illuminates a poolside, crisply accentuating a shadow cast on a beige pavement by a red hand; a red and turquoise light saturate a dinner table, the view downward on only one guest, their skin and hair also saturated by the light. With gray dominating much of the canvas space, as an object casts a colored shadow, the stark lighting and brilliance surrounding leads me to imagine the rest of the environment in chrome and under a scintillating white sun. Yet, I find something uncanny about these places. What is this alternate reality and why are we going there? Regardless, in an in-between place, I feel at a distance from the world I’m physically in and still separate from the world Kasey depicts. 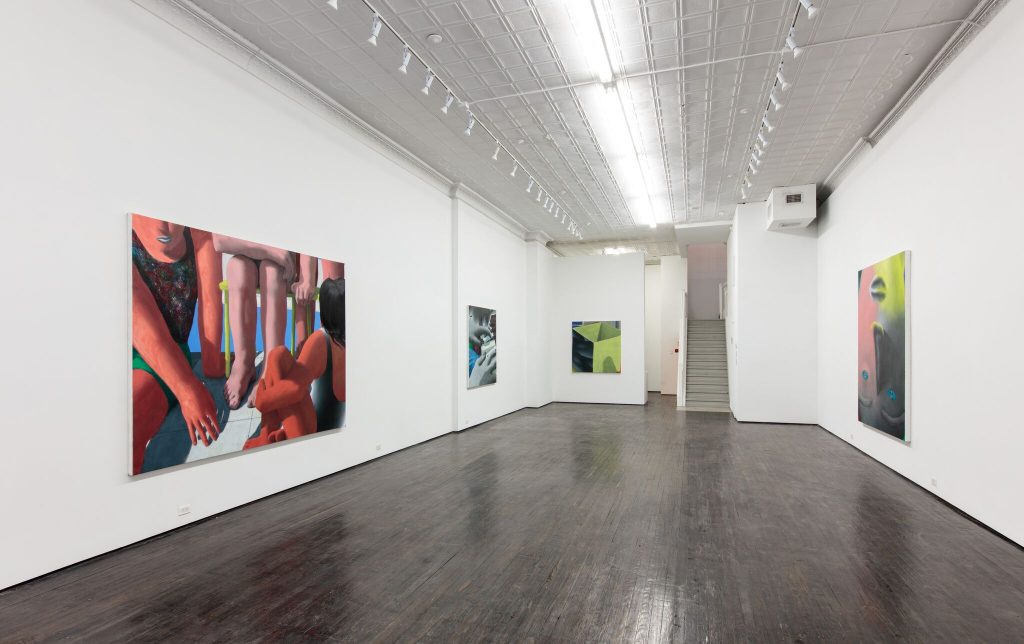 The paintings’ edges barely contain entire bodies, entering the picture plane showing all but the right or left side of the body, no head, half of a face, or only a face, whose massiveness arrest me and leave me feeling almost miniature. The scale of these figures and the canvas push me farther out of reality into a realm where I encounter scenes that resonate with real life, but I must have only seen them in a dream. A single paint stroke captures the realness of a toenail or a blade of grass, but also impossibly molds a head without any concavity for an eyeball to be set in, sitting instead like stickers on a flat surface. The dimensionality of the objects that populate the scenes render these flat planes into dense dreamscapes, where impossibly lit figures and structures depict everyday activities to be more complex and dense; these engorged moments mirroring memories of dreams.