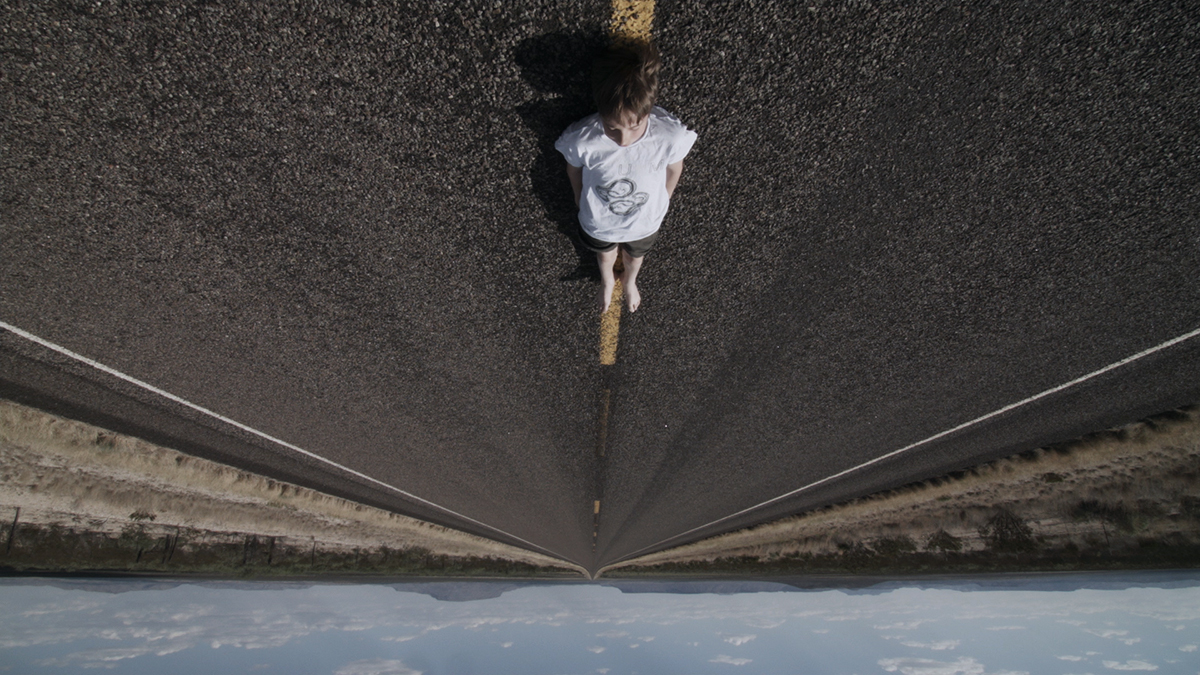 A labyrinth evolves before us in Barry Anderson’s The Janus Restraint, the ongoing multimedia project begun in 2012. Anderson has created a kaleidoscope of epic semi-narrative proportions, which merges mythology, romantic landscapes, and personal symbolism.The project could be considered an extended portrait of the artist’s son, who’s featured heavily in the work, although such a simplification would do a disservice to the richness of the piece. 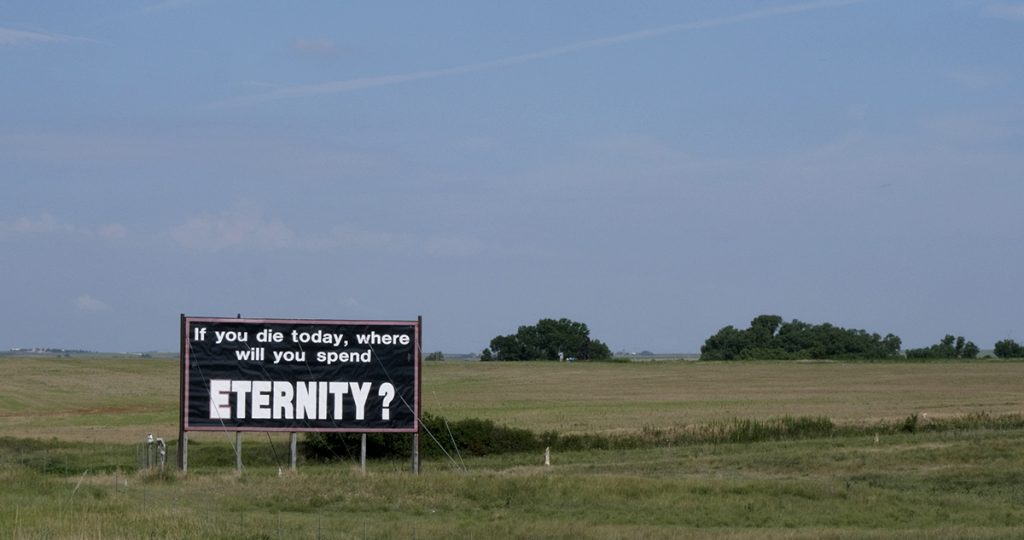 In 2010, Anderson took a trip across the American landscape, visiting national parks and landmarks with his father and his son. The journey extended for weeks, becoming the catalyst for a tradition that connects three generations of family and laid the foundation for the project that would become The Janus Restraint. Through these experiences, in addition to a solo sojourn to Iceland, Anderson has generated works of cinematic beauty and moments of transcendence in what is ultimately a metaphorical reimagining of boyhood rites of passage.

The Janus Project shifts across disciplines, incorporating video, digital construction, black and white photography, and sculptural installations that progress and build on one another. They culminated in a series of exhibitions with a variety of these elements shown. Each form complicates and layers the work, recording time in different ways as we witness Anderson’s public and private experiences coalesce. In one moment the camera pans slowly across a deserted Icelandic mountainscape and takes our breath away, in another, we watch candid images of Anderson’s son investigating new terrain in a style that suggests home videos. In the midst of the majestic and the intimate, all is permitted. 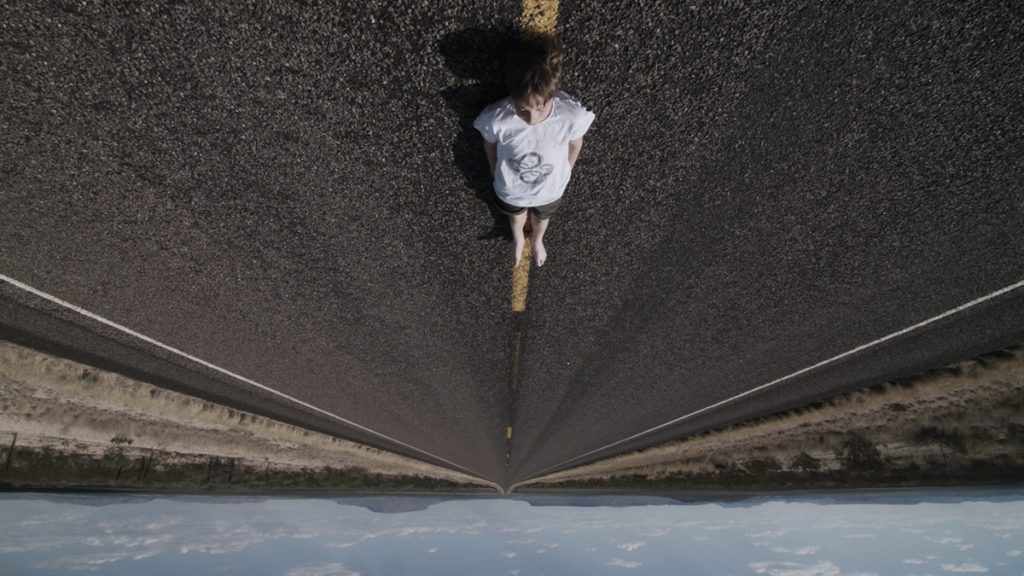 Collectively these videos reveal the Icelandic landscape and the Aurora borealis. As the Northern Lights and additional visual cues to Scandinavian lore accumulate, Anderson establishes a link to Norse mythology. Here we come to see the Bifröst, a bridge to the gods, and understand the natural relationship between a simple baseball bat carried by Anderson’s son and Thor’s hammer, Mjölnir. For a contemporary audience familiar with Marvel comics and immersed in a pop culture, saturated with their corresponding superhero movies, these connections provide us access and a vernacular through which to approach the work.

Anderson uses music as a vital element in his practice, one that he pushes as he experiments with different narratological structures. In addition to creating his own soundtracks, he has been working with a variety of musicians to score his videos. Like the unfamiliar influences from which his scores grow, Anderson’s symbolic language provides a slow burn: noticeable but not obvious, intimate but also indirect. The more time we spend with The Janus Restraint, the more the symbols reveal themselves and generate unexpected connections—from Icelandic mythology to Americana—establishing a visceral and psychological space that brings together disparate narratives. The Roman god Janus was two-faced, looking towards the past and the future, and was also known as the god of beginnings, transitions, time, duality, passages, and endings. The restraint Anderson references in his title may be a loose metaphor for the eternal search within the work for himself and the viewer, on various but akin journeys. 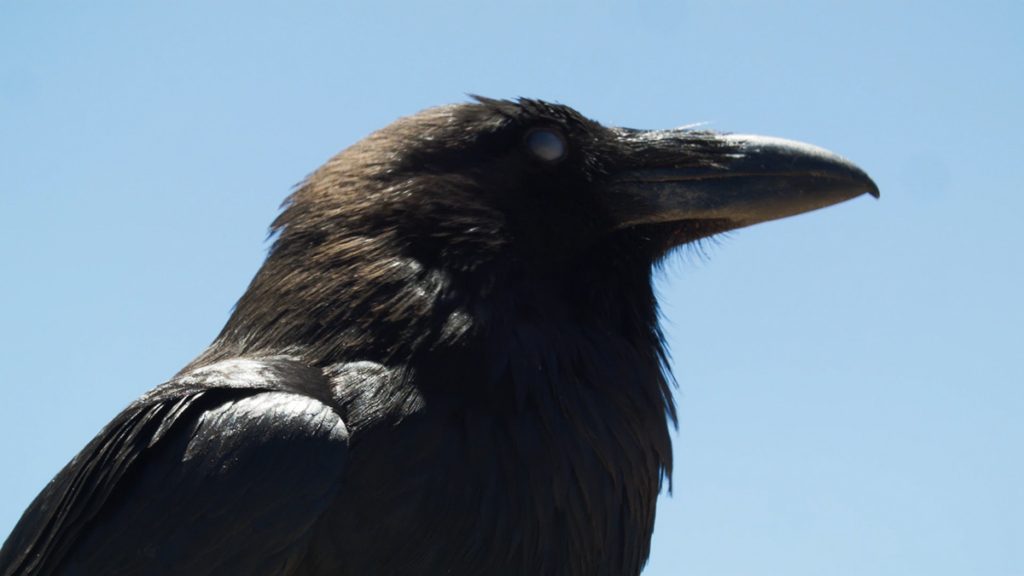 Anderson’s pristine video quality and cinematic approach create a surreal experience when presented on multiple screens in front of the viewer, challenging the expectation of single-channel narrative. Seen across screens or broken up on individually, Anderson requires viewers to divide their attention and eventually experience all the images simultaneously. It is easy to get lost in the labyrinth of imagery and psychedelic colors, to lose your grounding in the shifting patterns, or to get caught in the symbolism and density of narrative. Anderson and his son reveal themselves to be adept collaborators and guides, however, inviting us to accompany them across unfamiliar terrain through private experiences which always just elude our understanding. Their shared vision welcomes the viewer into their journey of monumental scope, suggesting that even when you’re not exactly certain where you are, you might perhaps stay awhile and enjoy the view.