Judith G. Levy’s The World Outside and the Pictures in My Head 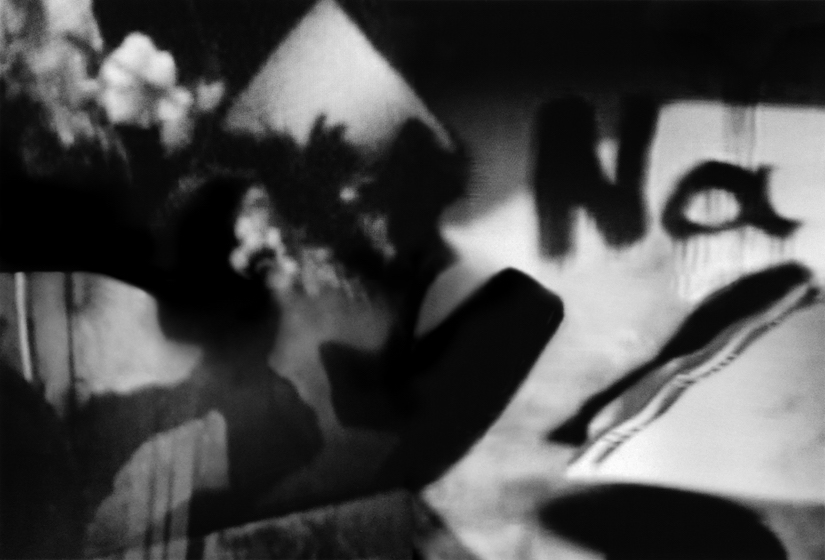 The World Outside and the Pictures in my Head #31 by Judith G. Levy. Image courtesy of the Artist.

For her latest series of digital prints, The World Outside and the Pictures in My Head (2017), artist Judith G. Levy has appropriated scenes from dozens of black-and-white, classic Hollywood films she grew up watching on TV such as “No Man of Her Own” (1932), “Dark Passage” (1947), “Cry Danger” (1951), to name a few,by capturing them through her iPhone camera. Reconfiguring the digital content into collages and short montage-videos, Levy’s images almost always appear smooth and seamless on the surface.

As made clear by her well-known 2010-2015 series of digitally manipulated Panoramic Postcards exploring faux-sites of American history, Levy has a masterful ability to massage and finesse borrowed, conflicting, fictitious, and disparate content into composite images that appear “true,” or “normal,” or “natural,” or “real.” She does this in order to analyze the popular assumptions and underlying socio-psychological conventions that a public may bring to her images in order for them to appear as “true,” or “normal,” or “natural,” or “real.” How, and why, certain brains cohere certain content into something coherent – even when it absolutely is not – seems to be the “real” subject of much of Levy’s artwork. 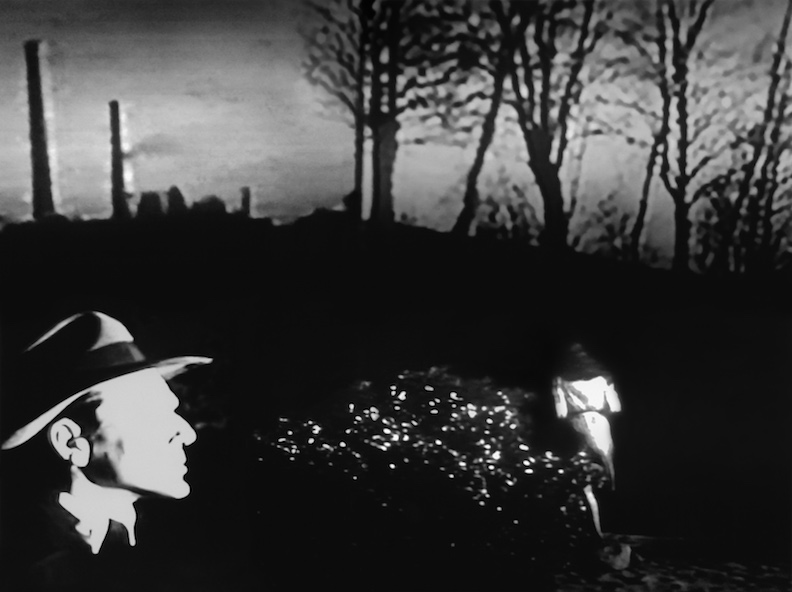 The World Outside and the Pictures in my Head #1 by Judith G. Levy. Image courtesy of the Artist.

Watch someone watch something. It can be deeply revealing. About a minute into one of the short videos Levy has produced as part of her The World Outside and the Pictures in My Head project you can hear the sounds of the artist quickly and pensively inhaling and exhaling over a fleeting cascade of Noir images and off-kilter jazzy audio. While we don’t see her, we are made aware of her watching herself re-watch collected fragments of these films. She is scrutinizing herself as she scrutinizes and re-works images from old motion pictures she watched over-and-over again as an adolescent into much more abstract, hypnotic, and lyrical compositions now as an adult. Turns out, these are self-portraits.

These are, potentially, queer self-portraits. With their anti-heroes, femme-fatales, effeminate villains, shadowy figures, dark alleys, and tragic sexual deviants, World War II and Noir-era films are largely considered, as argued by film theorist Richard Dyer in his 2001 book The Culture of Queers, to be tone-setting for the depiction and conception of homosexual and gender non-conforming characters and individuals within Western pop culture and, by extension, the popular imaginary. However, Levy doesn’t concern herself with the busy-work of debunking the obvious stereotypes that emerged over the course of the 20th century as a result, nor does she focus on any specific Noir characters or narratives and the impact they might’ve had on her own self-concept and personal development as a lesbian artist over time. While figures do appear, Levy instead seems primarily focused on exploring the moody aesthetic affectations of the genre itself, drawing largely upon silhouettes, angular interiors, vast and vacant landscapes, guns, and the occasional explosion. 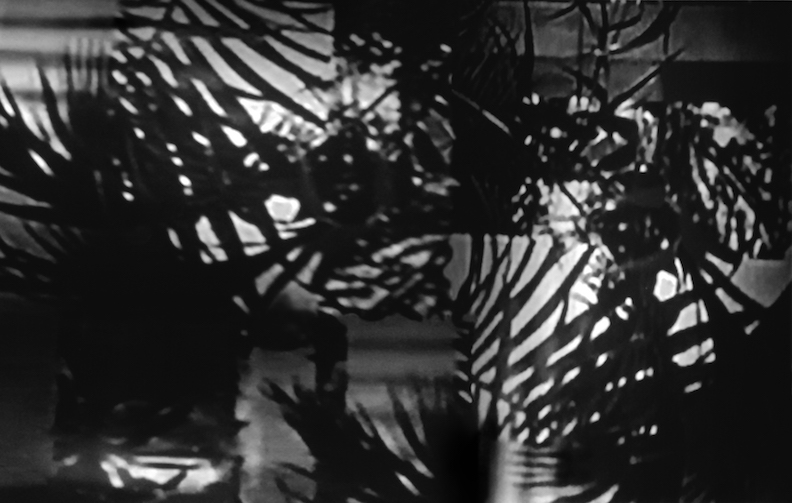 The World Outside and the Pictures in my Head #8 by Judith G. Levy. Image courtesy of the Artist.

Like memory itself, the work Levy has made for The World Outside and the Pictures in My Head is both deeply personal and deeply ambiguous. Mysterious, sexy, and aggressive, Levy’s new work may at first glance appear to be a departure from her signature sardonic style, but it may actually signal a return or restoration of something much more sacred than satire.