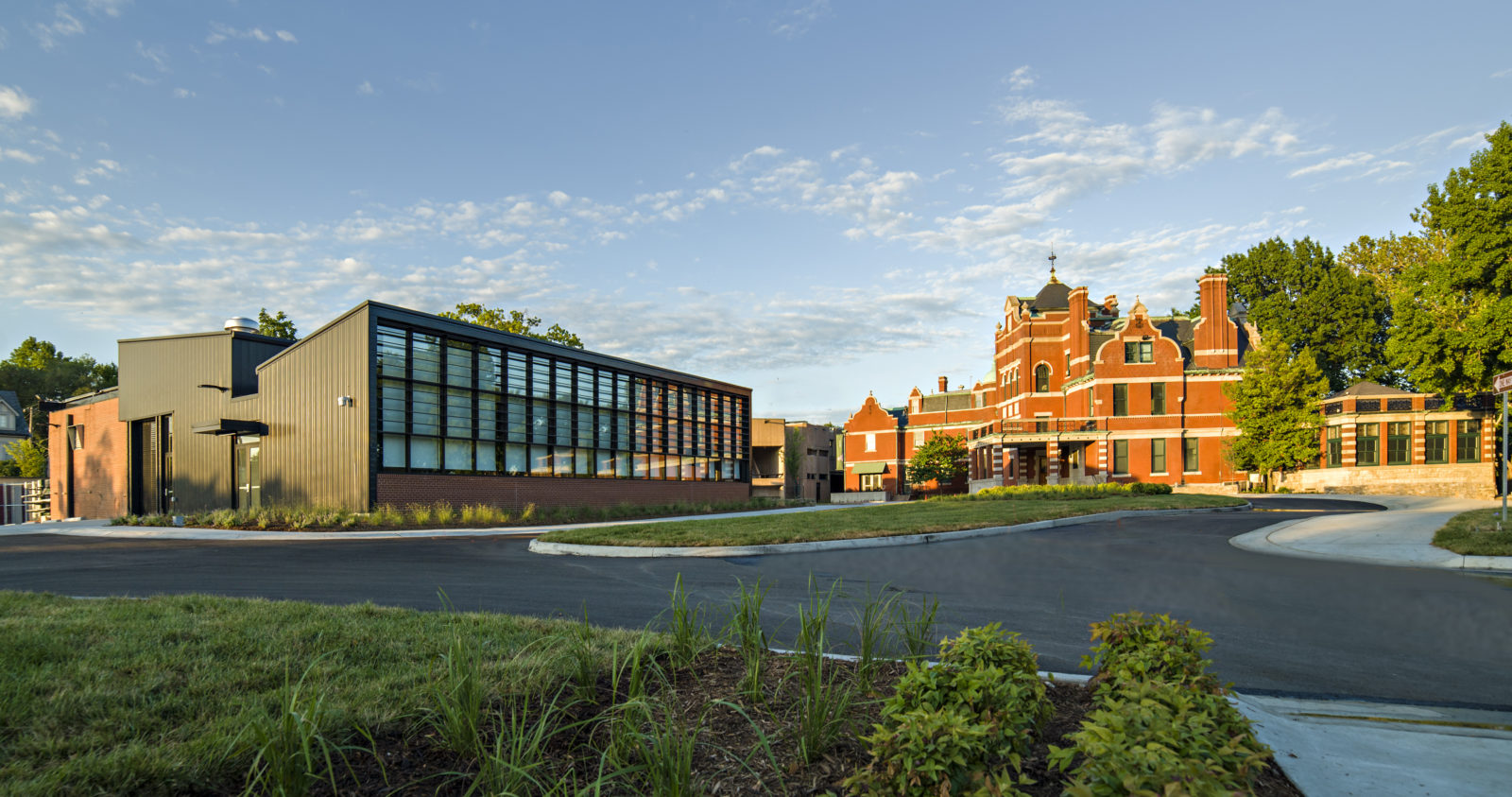 Kansas City Art Institute (KCAI) student Dante Moore received a suspension for displaying critical remarks of KCAI Chairman of the Board of Trustees Frank Uryasz III. Moore must present his case before the school administration on October 15, 2020. Charitable contributions from Mr. Uryasz’s Foundation raise ethical concerns about the ways and means in which the school’s administration is dealing with students since this semester began in light of the tense conflicts between the student body and school leadership.

The Uryasz Family Foundation gives to the Kansas City Art Institute, Kansas City Police foundations, and other arts and religious organizations throughout Kansas City. Law and order are a bulwark against chaos. However, the past several years have seen citizens protesting against police abuses and inequities.

Introducing context to readers unfamiliar with the situation between students and administration,KCAI Solidarity , a student-led group, was formed in 2020 by the Student Solidarity Network (SSN) and the Black Student Union (BSU). KCAI Solidarity is “joining the larger student-led movement of art institutions around the country calling for systemic change and reform.” A list of demands was presented to leadership at the school this past July. The school responded as per the deadline set by the group.

Informality exchanged email and direct messaging with Moore,20, a Junior in the school’s Sculpture Department. As part of his midterm critique, he says they were made by red Posca marker “on the walls and the sculpture bulletin board…It had been a few months since school started, and KCAI was blatantly ignoring the SSNs (Student Solidarity Network, see below) demands but flaunting around to the press the list of demands brought about.”

Says Moore, “…it was all my choice to come to KCAI but at the same time KCAI brands their school as this place of discovery and diversity. The only thing I’ve discovered since coming to school is that this Institution is not diverse. They sell this false dream to low-income students around the midwest.”

“When you’re a kid like me who’s always been into art but had some struggles growing up, and you see a place like KCAI, and you see it as your way out. Then you get to KCAI that first year, and by the end of the first semester, so many people have dropped out.”

“That’s why I wrote it on the walls. It is needed (discussing). I have a track record of writing all over the walls in the sculpture department. I’ve always done it. This (incident) is the only time I’ve ever gotten into trouble about it. Last year, a sculpture student whose entire body of work was about making stencils, was using these stencils to paint creative writing on the wall.

Reaching out to KCAI via email twice, a spokesperson responded to Informality both times, stating, “…this is an ongoing investigation…” and again, citing FERPA (Family Education Rights Privacy Act), protecting the privacy of their students.

Conversely, students have been actively protesting in solidarity with Moore over his suspension. Images of support are found on the Instagram pages of @kcai.protest, @kcaisolidarity, and @kcaimemes.

The Uraysz Family Foundation, by dint of their giving, supports all the systems under protest by students. These institutions have differing opinions, and someone who is this conservative begs the questions, are they adding something to students’ voices, or are they stifling their beliefs?

In 2018, the Uryasz Family Foundation gave $30,000 to KCAI. The following year, Frank Uryasz was named Chairman of KCAI’s Board of Trustees, essentially overseeing its financial conservatorship. And to an equal degree, a voice in student affairs. In 2018 the Foundation also gave $25,000 to the Police Foundation of Kansas City. In July of 2020, the Foundation was named Deputy Chief Sponsor for the benefit, “A Call for Backup.” This annual event spotlights “the tremendous work of the men and women of our Kansas City, Missouri Police Department, and to raise funds for strategic initiatives that the Department cannot obtain through tax support.” On their website, the Police Foundation denounces the defacement of a public monument honoring fallen KCPD officers that occurred during this summer’s protests against police brutality after the death of George Floyd.

The Uryasz Family Foundation and its donations are under scrutiny. Informality received a PowerPoint citing conflicts of the Foundations’ giving compiled by KCAI students from SSN who wish to remain anonymous. When contributions to institutions present competing philosophies, clashes between students and administration are inevitable. There is a fundamental concern with Mr. Uryasz acting in good faith as someone in a leadership position.

Without comment from the college, this action by KCAI presents an unconscionable commentary that what occurred against KCPD’s monument and what Mr. Moore did implies these two actions are the same. Mr. Uryasz’ platforms of support blur the lines between any objectivity he may have. It would be impossible to recuse himself from administrative policy. Thus, he should resign his position, allowing it to be filled by someone whose philanthropic interests are more in line with its students’ academic and organizational needs.

At what point does the school administration decide they can make a case to critique a student’s work that is still on a studio wall and discern what is design, activist art, or First Amendment exploration? In Moore’s case, it is being seen purely as vandalism and not activist art.

To be specific, Moore’s suspension is due to “…vandalizing KCAI property by writing/marking on surfaces on and within campus buildings that are not intended for such purpose.” Moore is extrapolating activist commentary that is in direct conversation with many text-based artists, including Jenny Holzer, Barbara Kruger, Steve Powers (aka ESPO), and Christopher Wool, to name just a few.

Additionally, Moore wrote on a bulletin board outside his sculpture department. This action prompted school officials to have all the other writings on the wall, including his, erased. Officials went so far as to erase all markings from his studio walls. Frankly, as an art school, such markings are to be expected during a time of cultural transformation and investigation into our Institution’s’ racist history. Suspending Moore is harsh. KCAI should consider this particular situation’s optics as it is clear that Moore’s suspension is directly contradictory to their statements around expanding diversity and inclusion.

Whether they be students or in their careers’ full bloom, radical, indiscreet movements from artists have a long tradition for making people nervous. I defy to ask any professor or teacher at KCAI whether they have taught or even cited the history of Jean-Michel Basquiat, whose work New Yorkers saw on the sides of downtown buildings in the 1970s, prevalent for the times, but illegal nonetheless.* Powers, mentioned above, was a former graffiti artist and Wool’s stencils, also noted, again, are inspired by graffiti. How outraged is one willing to be overlooking one set of standards for another?

As for Dante Moore, a BIPOC student, receiving a redress by an all-white Board of Trustees is precisely the sort of suppression that Moore’s actions have targeted. KCAI’s academic structure requires that students research and make commentary on macro sociopolitical issues. In that regard, Mr. Moore’s actions are an excellent example of this work.

Informality asked Moore if this school is private and not held to schools receiving state or federal support, why would he continue his studies at KCAI? He replied, “I have considered leaving KCAI, but at the same time, I have a lot going for me here. I’m an honor roll student …I came to this school with nothing and have used the school to make something of myself. At the same time, I know that the school facilitates this environment that’s very traumatizing for BIPOC students, and it makes it hard for BIPOC students to speak up and share how they feel without fear of retaliation.:

“This is about the KCAI administration being transparent with their students and addressing the corruption in upper administration. I would be guilty with myself if I were to be silent and graduate from the Institution, knowing students to come would face the same problems my peers and I meet at KCAI today. “

As a private institution, KCAI’s word is final, but such reckoning sounds alarms. The school is a living, breathing institution that must change with the times and its student body. By ignoring them, the school is missing the fact these students chose them out of the myriad of academic institutions available. KCAI has drawn a line in the sand, setting off an ethical decision that makes a lasting precedent from which they may not recover. Its desire for positive optics is overriding its academic integrity.

*Invited to speak at KCAI in the past, this writer brought up Jean-Michel Basquiat as part of the conversation.