Nostalgia and the World at Small: The Grand Reopening of The National Museum of Toys & Miniatures

The National Museum of Toys and Miniatures reopened its doors the morning of Saturday, August 1st after a year and half long, eight million dollar renovation. Visitors are now invited in to explore the museum’s two levels of craftsmanship, childhood, and history. direct payday lenders With a new improved exhibition strategy and a playful marketing approach, the museum has continued its mission of delighting and educating children and adults through the means of nostalgia, narrative, and play.

It was the sunny Sunday morning after The National Museum of Toys & Miniatures’ reopened that I was able to venture back into the small wondrous institution. I hadn’t experienced the museum in well over a year and was extremely curious to see the changes that had been implemented since closing their doors to the public. As a studio artist and filmmaker focused on themes of childhood, nostalgia, and history, I had been waiting not eagerly, but anxiously since the opening date had been announced.

As reluctant as I was to not let go of the small somewhat cluttered galleries of the museum’s past, the renovations truly did not project payday scam disappoint. The space had been definitively split into two parts; the upstairs containing toys and the downstairs containing fine miniatures. While it had been organized in a similar fashion beforehand, the spaces now contained interactive and audio visual features that allowed for a more immersive educational experience. Buttons, lights, and video clips accompanied selected toys and miniatures throughout the galleries, as well as, hands on opportunities to interact with objects and processes. As a frequenter of museums, I tend to find these flashier components somewhat distracting if I already understand the process and history of whatever is on display. However, http://paydayloansusca.com/ as I watched guests spin a large zoetrope in the optical illusion room, control a scanner that provided construction information about selected objects in a toy gallery, and place tiny clock hands on a miniature grandfather clock in the artist studio, I couldn’t help but join in on the fun. 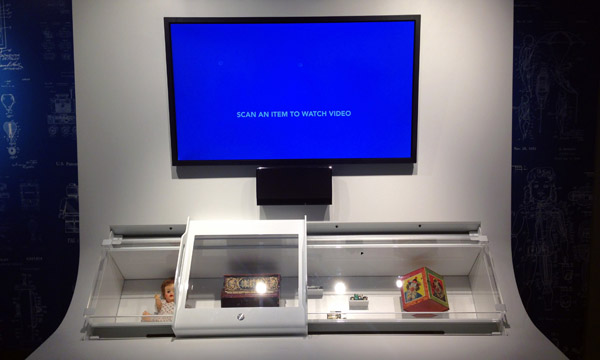 Along with these new interactive features was a fresh curatorial approach. Before the renovations, the museum kept about 99% of its collection on display. The galleries and displays were somewhat cluttered and cramped. To me, visiting the museum in its previous state was somewhat like visiting an enchanting yet overwhelming antique store. Everything was beautiful but in very close proximity, and aside from a few subtle organizational implementations, the objects from a curatorial standpoint did not inform one another. Today, the museum has taken a much more focused approach. The collection has been thoughtfully arranged to portray specific historical narratives and contextual information. Overall the new layout allows for a more informed look at the collection without overwhelming visitors.

While experiencing The National Museum of Toys and Miniatures’ fresh and fun new approach made my visit enjoyable, the real success of this renovation lies in the enhancement of the museum’s continued ability to engage those of all ages in the history of play. Despite children having primary functional use for toys, The National Museum of Toys and Miniatures seems to lean more toward inspiring nostalgia and thoughtfulness in adults. Simultaneously the museum allows its younger guests to thrive in their childhood wonder with playful interactivity, and challenge its adult visitors to consider the role that play had on their own childhood, and what toys communicate about the world at large. 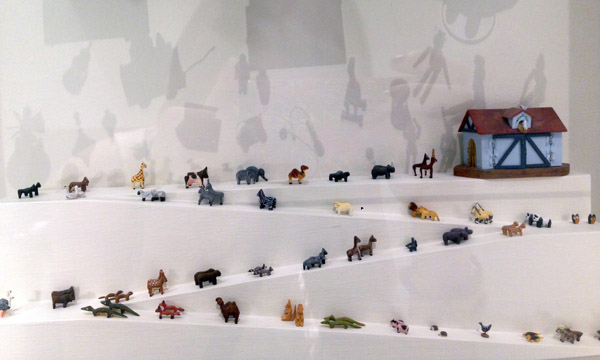 Toys and miniatures have long been used as teaching materials and objects of control. payday loans It is through toys and the act of play that stories are told, religious traditions taught, and gender roles determined. It is through the act of crafting miniatures that allows us to create space like yet unlike our own; it is something small, attainable, challenging. It creates an opportunity for means of perfection and reinterpretation. However, with these new life skills and environmental rulings comes a deep sentimentality formed for these objects, one that seems to reverberate throughout the galleries of this museum. Why is it that we can feel so much empathy for these dollhouse rooms and stuffed animals left long abandoned? While many of these objects served a rational purpose in their functional use, many of them were coveted as heirlooms and companions; just as families today continue to preserve and pass down the toys of of older generations.

Nostalgia is the key component at work in The National Museum of Toys and Miniatures, and propecia the curators and collectors here seem to be well aware. They are relying on these historic toys to create a sense of longing in viewers. By expanding their collection while under renovation, the museum seems to have more emphasis on mid-century items from the 1950s and 60s, and now features toys up through the early 2000s; even those in their teens and early twenties can view the objects of their own childhood on display. My Size Barbie, Star Wars collectables, Fisher Price’s Cassette Recorder, and even Bratz dolls made it into the contemporary collection.

The museum’s current special exhibition, Pedal to the Medal invites guests to experience the evolution of toy cars during the era when fascination and use for automobiles was developing in America. The exhibition paydayloansusca.com contains a mock 1950s car display room, a mid-century front yard – complete with midcentury house, mailbox, two car garage – and white lounge chairs in which guests can lay back, relax abilify of risperdal and watch a documentary about the subject matter. The exhibition allows guest to immerse themselves in the era while learning about in the objects. 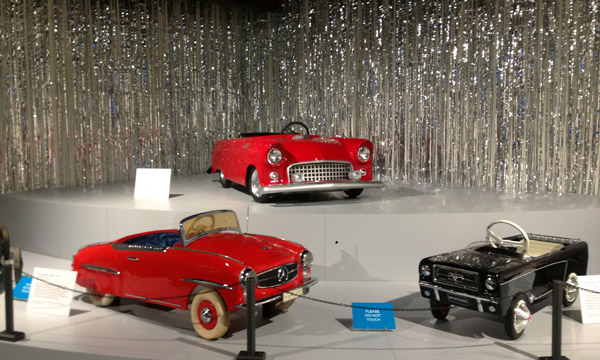 An additional special exhibition, Messengers of Goodwill did not have the same amount of care taken into its presentation. In all honesty, I didn’t even realize it was a special exhibition until I recognized Miss Shizuoka, a Japanese http://onlinepaydayloansusca.com friendship doll on loan from the Kansas City Museum, and began digging around on the internet until I could resolve my confusion. Messengers of Goodwill displays five Japanese http://paydayloansusca.com/ dolls used payday to establish and mend diplomatic relations in the 1920s. While the subject matter seems incredibly interesting the presentation seemed unclear in the small space used for the display. Childrens’ drawings of these dolls were also framed and hung in the small gallery. They were charming but seemed somewhat like an afterthought amongst the display cases and wall graphics.

In providing emphasis on the toys of today’s aging generations the museum has created inclusiveness about itself; allowing visitors to not only extend their empathy for objects of generations past but to reminisce in their own memories of playthings as children. While this seems to be a logical move, at times iconic mid-century American themes are too easy. Not to imply that foreign texas payday loans and much older objects are not well represented; they make up a large portion, if not over half of the overall collection. It is important to expand perspective beyond the toys represented in America throughout our easily identifiable history and today. Messengers of Goodwill is a good step in this direction; at the most it allows guests to http://paydayloansnearmeus.com/ understand the cultural politics associated with these same day payday loans objects, and at its least it exposes us to another culture’s use for toy objects.It is important for the museum to continue to focus on unfamiliar playthings from other parts of the world. The museum already has the ability to instill a feeling of sentimentality toward the majority of the objects in the space. This emotional response can be used to further a stronger connection to the way side effects cymbalta other cultures experience play.

Toys and miniatures are what once allowed us to understand the world; they determined our roles, sparked our childhood imaginations, and let us explore space through fine scaled potential. Toys are the world to us as children; miniaturized mock versions of the road to adulthood. The National Museum of Toys and Miniatures in their new released collection book quotes Alberto Manguel’s, Magic in the Land of Toys in stating: “Everything is here. Comfort, conflict, nightmares, experience, hierarchies, anarchy, freedom, discipline, beginnings, adventures, prejudices, creation, scientific research, social rituals, prohibition, transgression, sex, metaphysics, knowledge , death. This nutshell is the world. What payday loans online direct lender isn’t here doesn’t exist.”

Through The National Museum of Toys and Miniatures’ newly remodeled landscape, take care to observe your world within the world.