Paying Tribute to The Everyday in Yoonmi Nam’s Fall Exhibitions

Last September, Yoonmi Nam had two exhibitions back to back. The first, Temporary Arrangements, at HAW Contemporary, and the second, Momentarily, at PLUG Projects. Both dealt with typically discarded everyday objects. The two shows had similar conversations with a different approach. One exhibition, proved stronger through its material presentation and interactive draw with the viewer. 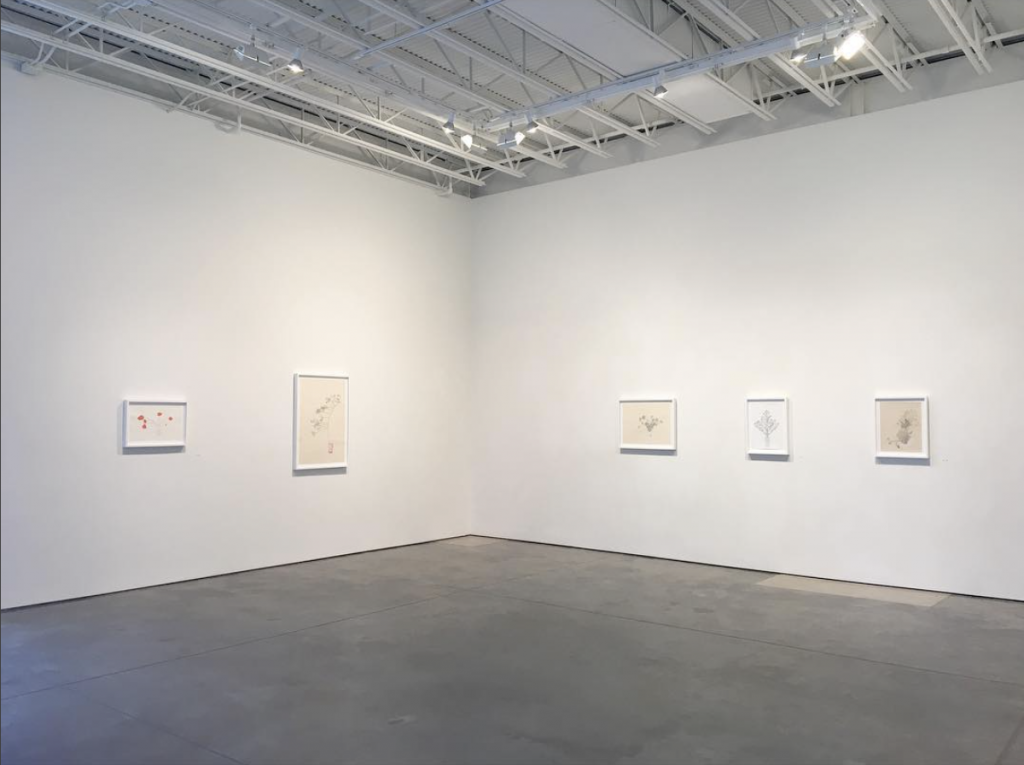 In Temporary Arrangements, prints of drawings hung on the wall in white frames that separated the pieces from one another. Each print depicted a plant arrangement inside different containers.  The limited existence of the plant-life parallels the temporality inherent to those disposable containers. The death of the flowers is just as certain as the containers, ending up in the trash. Yet through the print, Nam preserves them both, keeping them in a holding state of balance between existence and not. 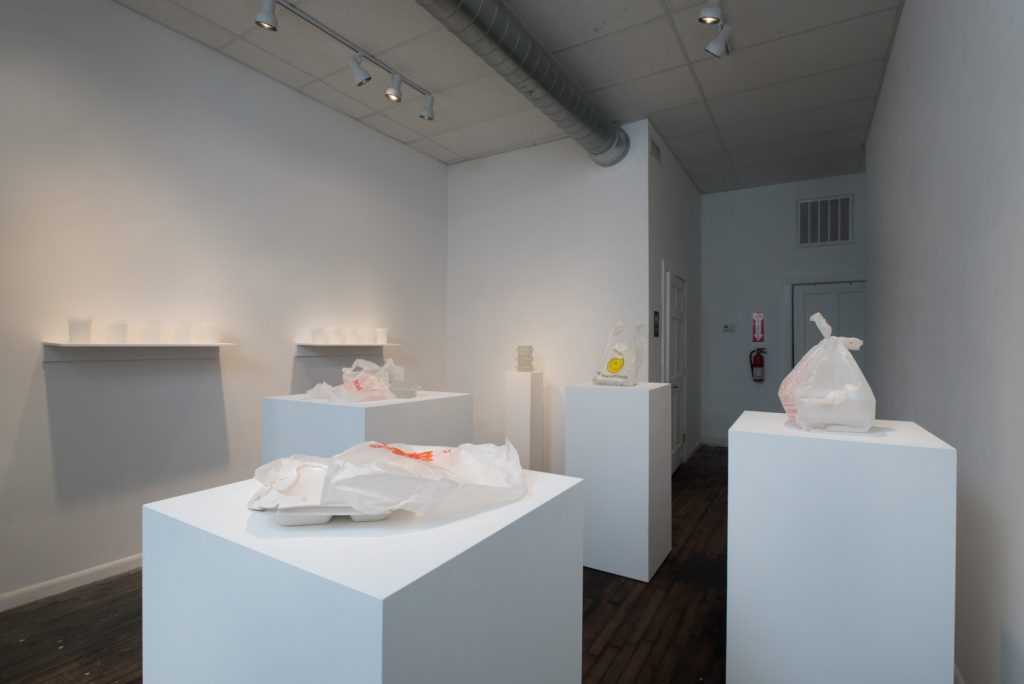 A stack of newspapers to the right of the entrance leads into the Yoonmi Nam’s show, Momentarily, at PLUG Projects. Directly to the right is a table with styrofoam cups and one of the newspapers folded in half. Throughout the gallery there are pedestals which hold different types of disposable containers. The small space is crowded and a little too warm, the thin paper of the takeout bags rustle slightly as the viewers make their way through the gallery. The buzz of voices filling the small space emphasizes the supposed cheap and prosaic appearance of the pieces placed throughout the space on pedestals. Seeing the crushed container in Take Out (Csirke-Fogo) creates such a realistic illusion that it transports you to a place with a familiar greasy specificity; where the food is so good it doesn’t even matter. The elevated value of takeout boxes, disposable cups, and plastic bags creates a tension where the viewer feels the desire to touch the pieces in order to analyze their materiality. This is accentuated by the materials Nam used such as lithographed gampi paper and glass. The contradicting nature of the ephemeral transformed to a more permanent state.

In Momentarily at PLUG Projects, the transformation of plastic bag to carefully printed gampi paper, styrofoam containers to ceramic, and cups to cast plaster, allowed for the same delicate and fragile aesthetic found in her prints. Their deceitful appearance challenged the viewers to question what it is they are looking at and even to think, possibly, of their own fast paced, transitory lives. In this translation of these objects, they occupied the same space as the viewer, creating a familiar environment to anyone who has ever had takeout or simply had disposable food containers littering their college apartment. The wooden floors of the gallery space coincidentally tied everything together, something a gallery as ‘slick’ as Haw Contemporary could not have done. 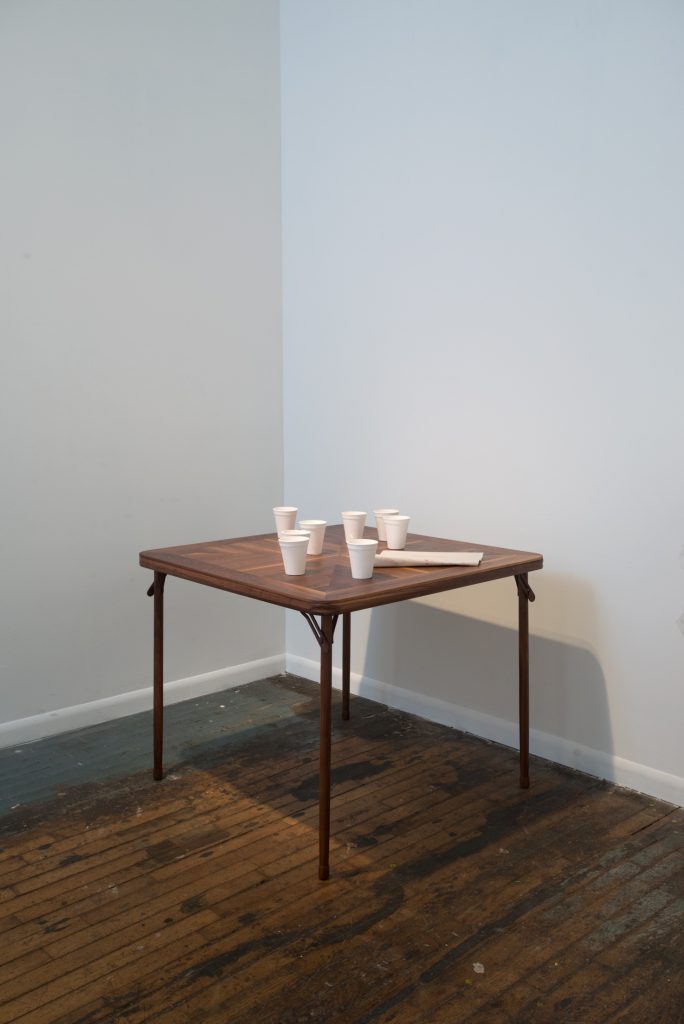 Additionally, the inclusion of the prints transformed to a seemingly disposable newspaper which visitors could take home. This reconstructed the idea of transience that was present in the prints in Temporary Arrangements. The delicacy of the linework and colors became gritty through the newspaper gray. The self referential subject matter of the junk mail was humorous. What would just be considered trash becomes interesting to look at, you almost want to flip through the mail itself. The ephemerality is monumentalized yet simultaneously returned to its original state. Transforming the prints into this newspaper form created a clever way to include them in this exhibit. Its physicality and the ability for the viewer to pick it up and handle it pushed the creation of a specific atmosphere. 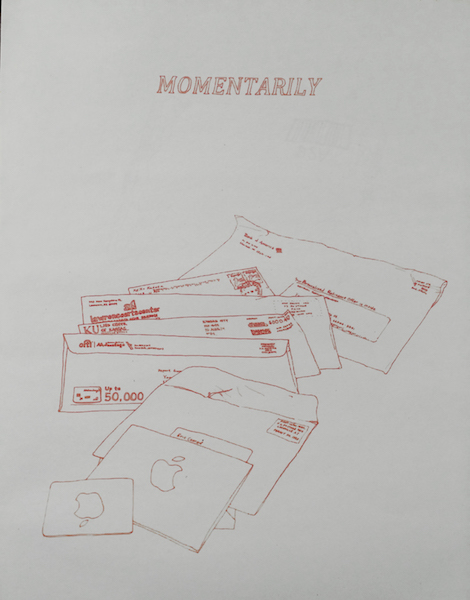 The long processes in creating each piece honors these types of containers and what they represent. Maybe an ode to our fast paced lives and the fast food culture this generation is so heavily identified with. Looking at this from a cultural aspect, the topic of status and class begin to come up Some of the particular disposables Nam uses such as the styrofoam container and the plastic bag are often used in carryout. From this perspective the containers can be seen as a kind of self portrait, a way in which she identifies herself. She creates a connection between herself and her own cultural background, her home in Seoul, and even her family.