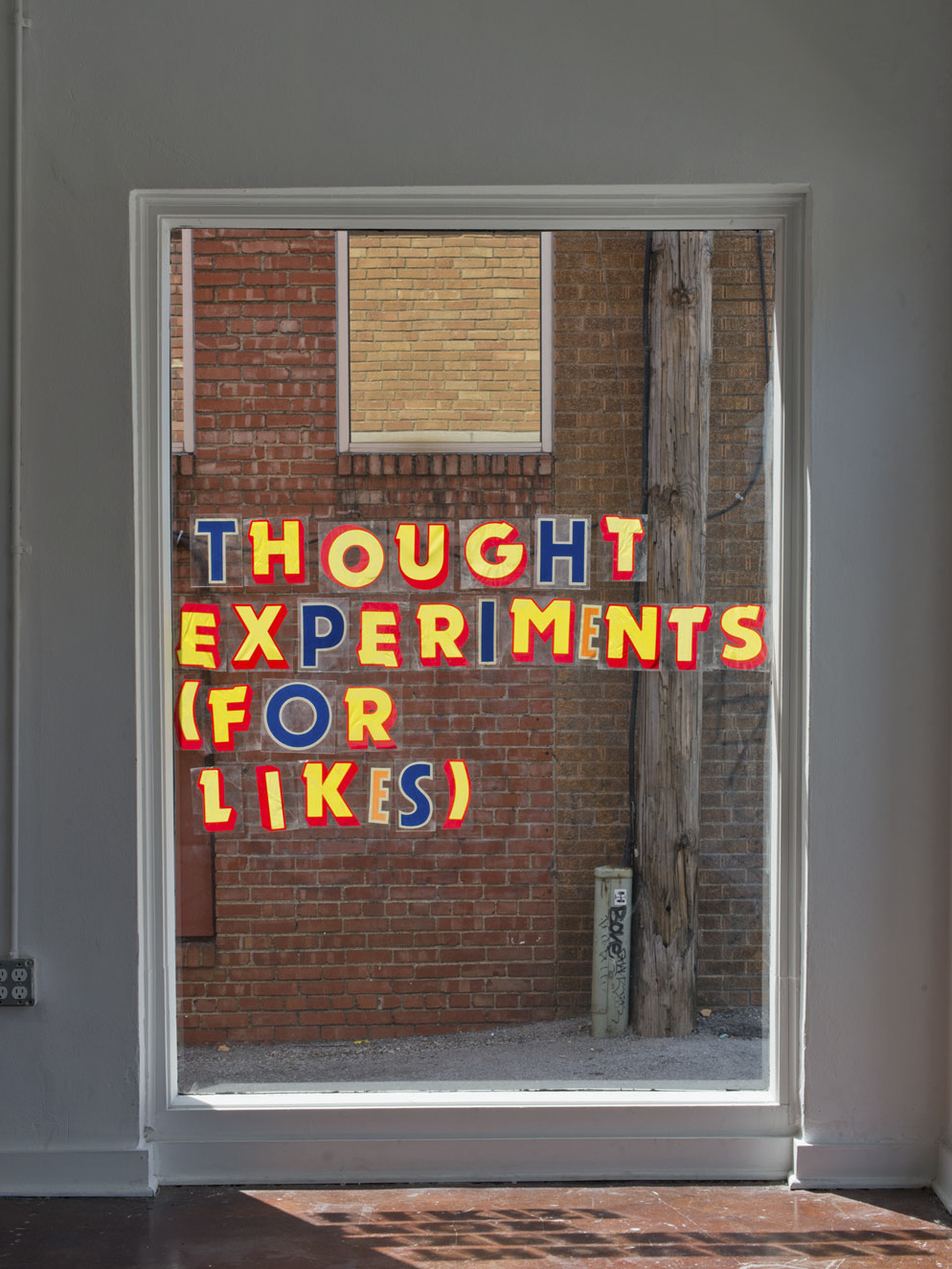 Pictures Talking to Each Other: The Conversational Practice of Megan Pobywajlo

Megan Pobywajlo does not think of her photographs as separate entities. Although they can stand alone, for her, they exist relationally within the space of a publication or gallery. Narrative and gestures of communication are central to her practice; her collections of images rely on memory, time, and syntax in order to present a more fully contextualized story. Critical to her work is the democratization of knowledge about how a photograph is made. This often takes the form of workshops, gatherings, experimental programming and social media in which information about the photographic process is exchanged with an audience.

Red Chicken by Megan Pobywajlo. Image Courtesy of the Artist

Deciding what each photo says to the rest of the images in a series is a process that can only be described as one in which the works get to know one another. Pobywajlo prints the photos out on cards and takes them around with her, occasionally pulling them out, shuffling and rearranging looking for associations that expand on their formal connections. Within those formal considerations ,the practice becomes less about what each image communicates to the viewer and more about what they say to each other. Her instagram feed offers a wealth of opportunity to discover this phenomenon of conversation between the images. From June 25th to July 3rd Pobywajlo posted a series of four photographs, that create a call to followers of her instagram account to explore the formal relationships around the image.

The fireworks tent, bathing its explosive contents in red reaches up to a triangular point that exclaims in one breath ‘Emergency’ and ‘Exit’. The following image is of a red chicken figurine that contains something but the form is elusive; I have thought perhaps it is a folded up drink umbrella but it has occurred to me that it is a firework. The chicken sits on a gray backdrop, curling at the right and the triangular shape from the previous photo is repeated but pointing in the opposite direction.The next two posts are of cherry tomatoes, first; three tomatoes in a sunlit hand posed in front of a ficus leaf and then three tomatoes (I assume they are the very same tomatoes from the first image) grouped around a previously snacked-on cucumber. The hand is open, ready to pop the tomatoes in a mouth but the next photo reveals that desire unfulfilled, made more striking by the inclusion of a cucumber that is nearly consumed. 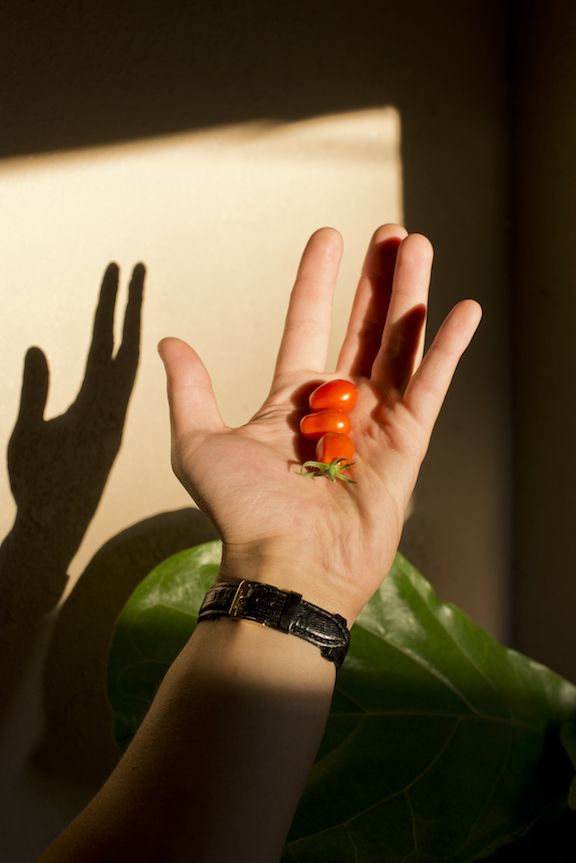 Tomato Eggs by Megan Pobywajlo. Image Courtesy of the Artist

Pobywajlo’s writing displays the same poetic tendencies that present a word or object, only to refer to some other idea in a verbal sleight of hand that makes full use of parens and footnotes. One of her lengthier pieces presents itself as something more like an administrative document. It is a script for a workshop that teaches its reader or participant to make a photo zine. The text does more than just describe the ‘first you do A, then you do B’ process, it proposes a connection between an audience, an art practice and the place of images in our visual world.

I read a lot of artist statements. I read them online, I see them in various applications and I sometimes edit them for inclusion in project documentation. They are intentions, a way to contextualize a set of works within the larger scope of an artist’s’ practice. Zines & How Pictures Talk to Each Other does the work of an artist statement but also functions as a work of art. It is a radical and democratizing effort at not just leveling the who of who can make art and what stories they tell but how art and images operate in our world. 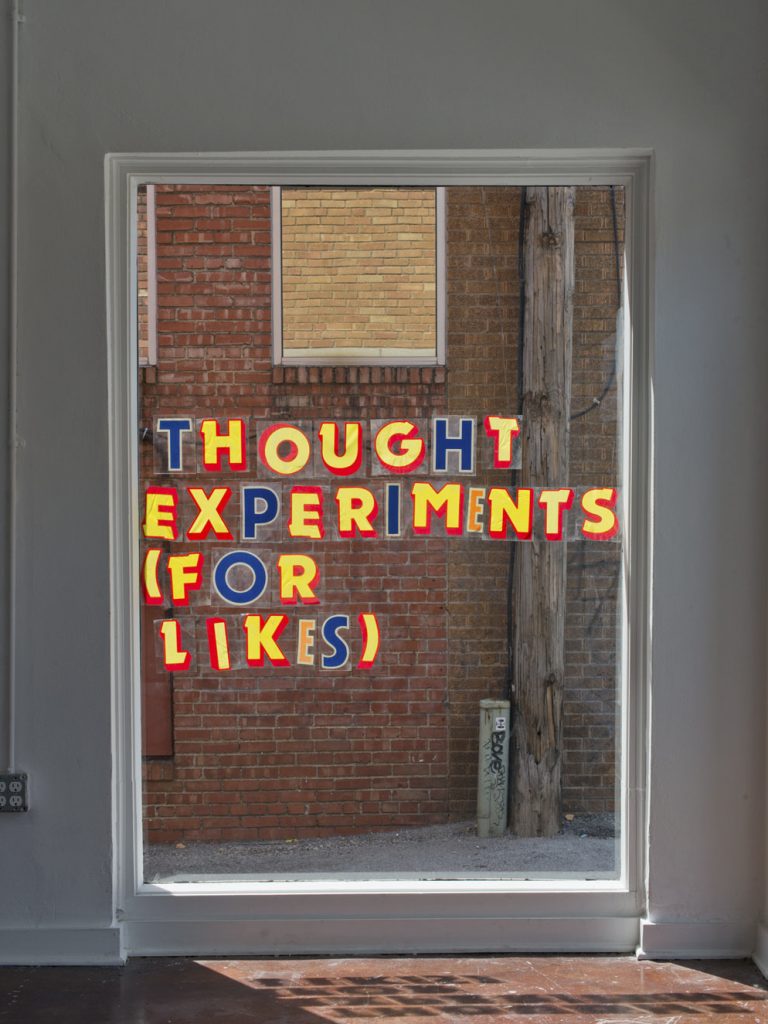 Thought Experiments by Megan Pobywajlo. Image Courtesy of the Artist