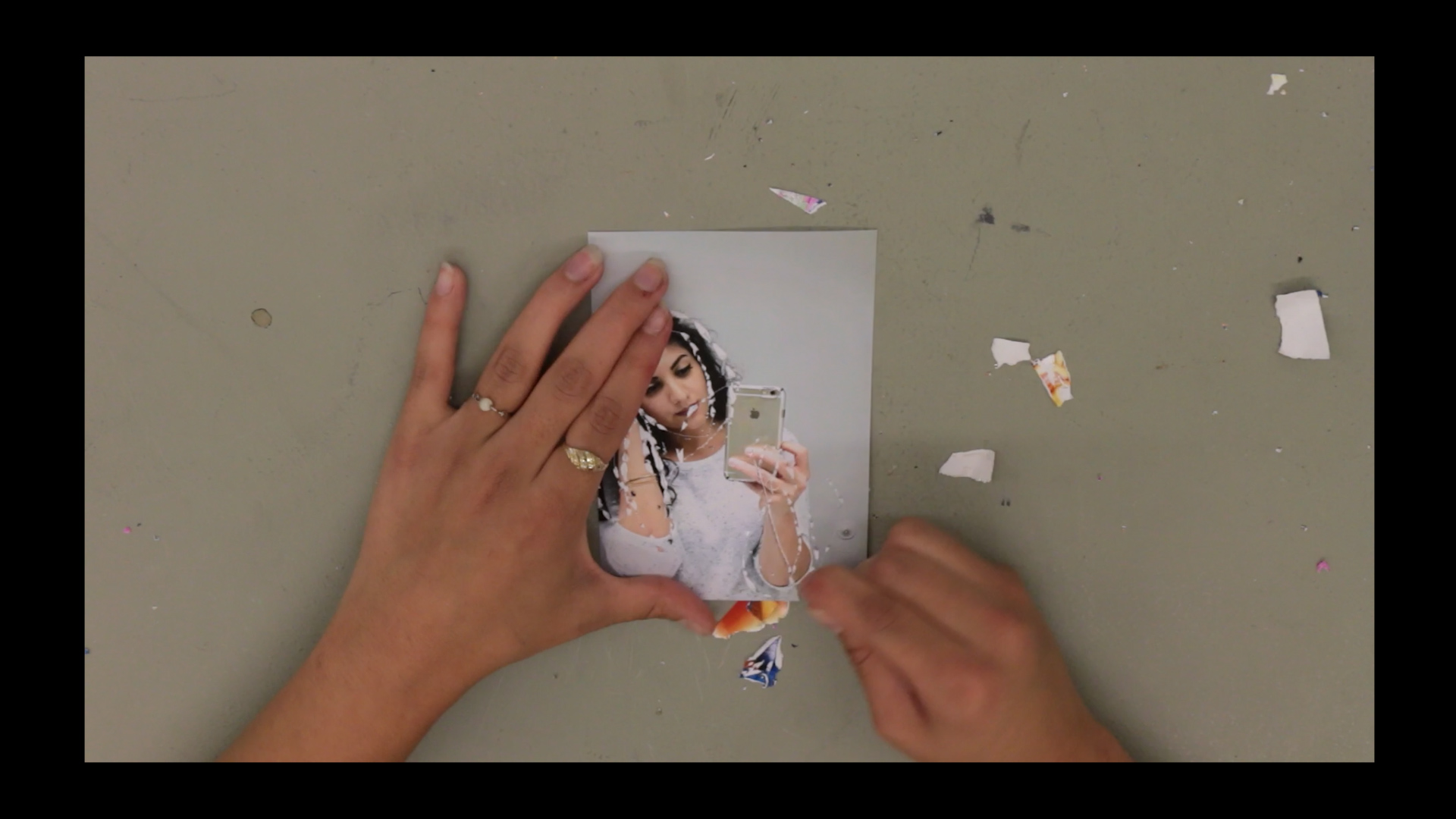 Piercing the Cultural Whiteness: Empathy and Survival Through the Lens of Silvia Abisaab

Silvia Beatriz Abisaab’s practice is one of reciprocity, giving care and attention to her subjects. She uses photography and video to document the humanity in the lives of people and communities, while providing access into the intimate spaces of others. 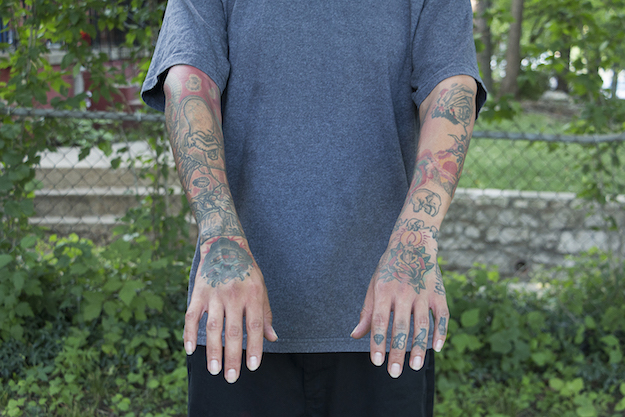 For my latest curatorial endeavor ¿Qué Pasa, USA?, I originally invited the artist to expand her series Latinx in KCMO (2016), an interview and photography project that honors and reveals the untold narratives of ordinary Latinx individuals in a seemingly homogenous Midwestern city. Abisaab’s practice of uncovering the unnoticed empathetically, as well as her ability to connect with her subjects, originally attracted me to her work. While three photographs from the Latinx in KCMO series were featured, the artist’s centerpiece was a new video performance specifically created for the exhibition. It was this shift from her documentarian practice, into one of self-reflexive investigation, that excited and intrigued me throughout our process of working together.

Expanding from her usual form, Abisaab uses herself as the subject of this new 15-minute color video work titled As I reflect, I cry (2016). The video begins with a blank gray background, and then the artist’s hands enter frame. She interlocks her fingers and places her forearms on the gray table emitting sense of composure and strength. In the middle of the frame, the artist places an image of a joyful, young adolescent girl wearing a bright pink t-shirt with decorative lime green flowers. One hand holds the photograph in place, and the other is twiddling a pushpin in a menacing, yet calm manner. The artist begins to deliberately outline the face in the image with the point of the pin, then rips out the perforated chunk and pierces it repeatedly. Frantically, she begins to scratch away at the image, tearing away pieces in between this violent action and throwing the remnants away. She persists until the torn, minuscule pieces disappear and nothing is left.

There is a pause and the artist’s hands retreat. We are left with the flat gray tabletop for a few seconds until a new photograph appears and the process begins again—a contemplative attack on images of the artist’s adolescent self. She does this with four photographs in total; the last one is a recent image of herself.

Abisaab was born in Kansas City and raised in Oklahoma. She is a mixed race individual of Italian and Lebanese heritage with cultural ties to Ecuador and Guatemala, where her parents are from. With her father in the military, the artist’s perspective on being American is one of inclusion and plurality, accompanied by the narrative and values of The American Dream;where life, liberty, and the pursuit of happiness is afforded to all. It was soon after September 11, 2001 that an adolescent Abisaab, growing up in Oklahoma, experienced heightened aggressions and microaggressions based on her physical appearance. Her friends at school would serve as a reminder of her “Otherness,” from directing slurs such as “terrorist” at her, to more subtle digs to her strong features like her thick eyebrows or pronounced nose. It is only until recently that she has focused on her experience with identity, visibility, and physical representation as a woman of color in her work. 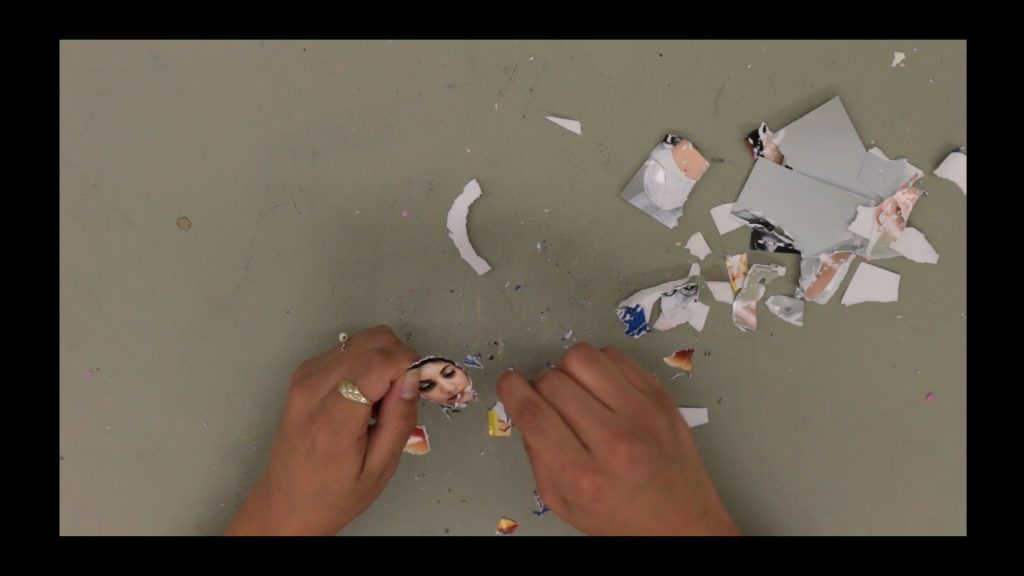 In As I reflect, I cry, Abisaab tackles the complexities of being and feeling different while trying to assimilate to the dominant culture. She presents a layered perspective that communicates the aggression toward oneself, a kind of self-deprecation produced by a society that marginalizes and excludes people based on trivial things, such as physical attributes. With each scratch and puncture, she inflicts pain on herself, or rather representations of herself. Viewers understand, or even relate to, the artist rejecting the adolescent versions of herself who is trying her hardest to assimilate. But, it is the last image—a very recent photograph of Abisaab—that is the most impactful. The artist doesn’t grant us a resolution, but rather emphasizes the lasting impact of existing and surviving in a prejudiced environment: internalized self-loathing. It is through this specificity, and the cyclical video, that Abisaab succinctly conveys a universal experience of many People of Color, one in which we are not only trying to survive the external consequences of our difference, but also maintain our sanity from the psychological effects of the condition of Whiteness. 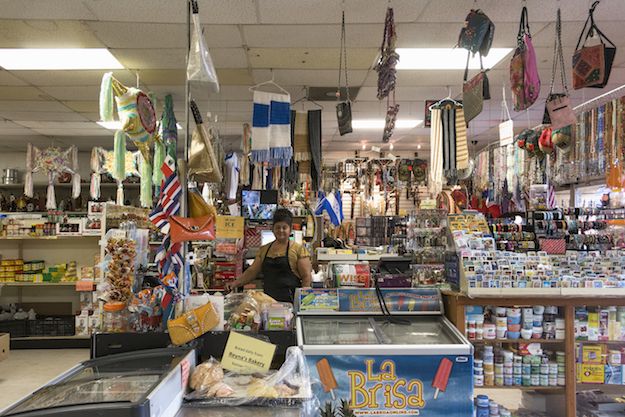 The power of Abisaab’s work is in her understanding of the camera and specifically the lens through which she shifts the viewer’s gaze, inviting them to consider the world from another’s perspective. Making images, whether through photography, video, or installation, are all part of her consciousness as an artist, where she acknowledges the power of the image in both its physicality and ephemerality. Abisaab’s work induces respect, sensitivity, and compassion for her subjects and herself, while still critical of the oppressive behaviors and conditions that exist, prompting us to recognize our complicity in these systems.