Relocating Context and Comparison in Rashid Johnson: Hail We Now Sing Joy at the Kemper Museum

There is a noticeable recurrence in the art press comparing Rashid Johnson with Jean-Michel Basquiat. A 2015 Johnson review in Pahaidon, and again in late 2016, looks at the superficial markings of both artists, leaving out the cultural subtexts from each.

The latter’s ascendance as an art market heavyweight has added a competitive layer that holds him up before all else.  To be seen as an Artist and not a Black Artist.  A concept that is Basquiat’s most enduring quality. Comparing the two is a scrim that hides the idea of how much easier it is to lump Black artists under one umbrella. It insinuates there is a lack of individual ideologies; everything is about the same experience, traveled upon the same road.  There is no lack, what does exist is the failure to nuance the subtle differences that define, rather than align, these artists.

Johnson’s work in this exhibition at Kemper Museum, specifically Antoine’s Organ, appears to respond to the Art Press’ desire to pigeonhole Johnson and his work.  Within this piece I am imagining his intent; ideas and objects that state, ‘I am the artist, these are my materials, and if anyone is going to pigeonhole my work, it will be me.’  The implications of this work have only just begun to take root;  a colleague closer to Johnson’s work than myself provided analysis that it is art-making “about anxiety experienced by black people in Post Black America.” These ideas need time and space before they are fully understood. One message to glean is to stop offering superficial comparison and instead attempt to express some vulnerability that absorbs the message and doesn’t propagandize the messenger. 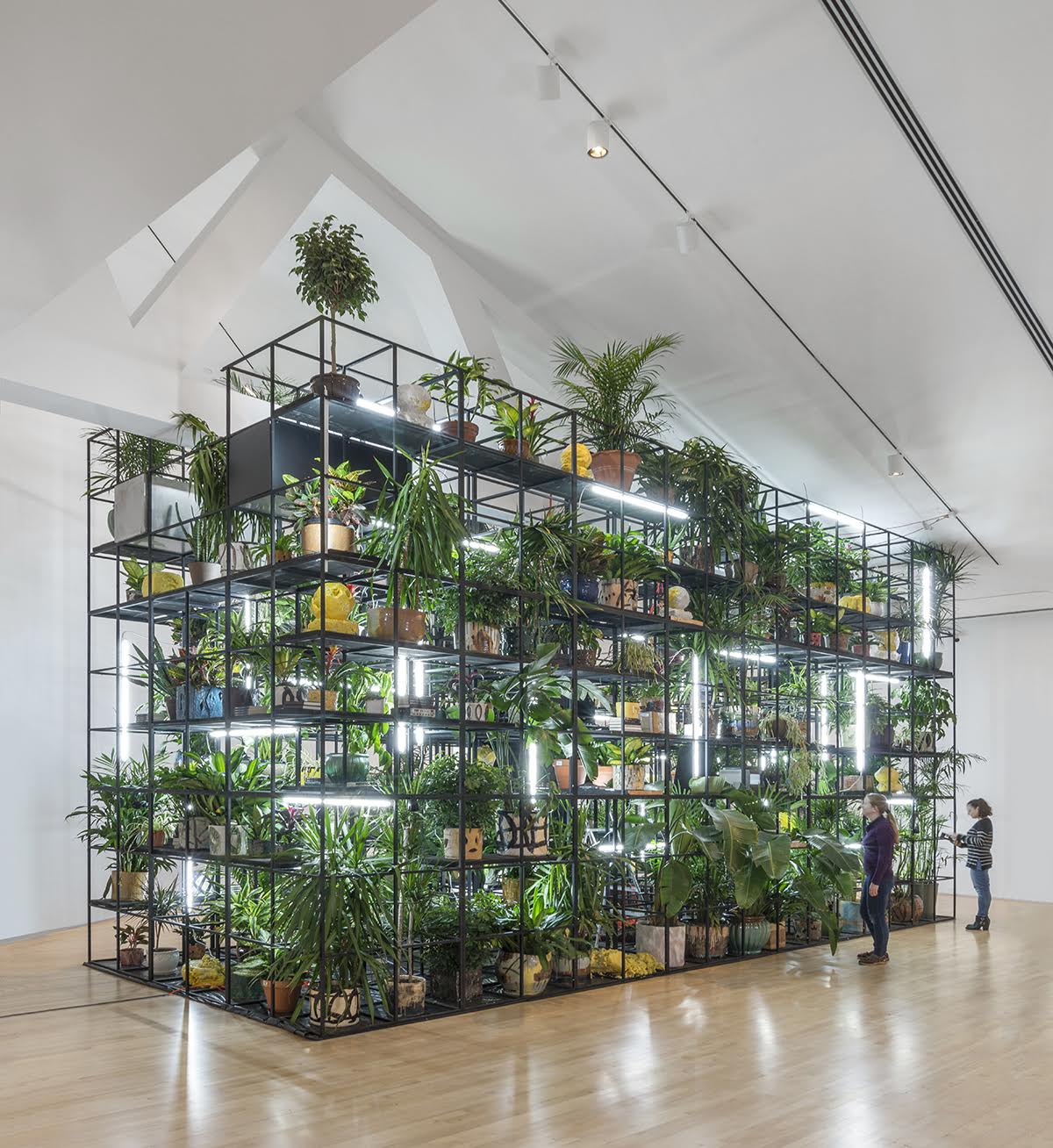 It would be wrong to ignore why these comparisons are made in the first place; to an extent, they’re valid. Both artists represents a cultural zeitgeist that underscores their eras so beautifully, with languages so different from one another. Basquiat delivers a eulogy of New York’s final decline; before the city’s gentrification a decade later that swept away the ethnic swell which made the city organically diverse and worthy of a shared growth that is no longer present. Johnson presents the sum totals of this “corporate rehabilitation”, not just in New York, but nationwide. A glacial movement of the historical countenance for Black lives and experiences that are the paradigm shift.

Rashid Johnson: Hail We Now Sing Joy does not necessarily elicit an indictment of  cultural stigmatization of people of color. Johnson is more subliminal than that; there are strong remarks everywhere, but as we cling to their surface value, that remain difficult to decipher.

This ideology may be better explained through the configuration as it is seen at the Kemper Museum, whose architecturally challenging space actually benefits the work. Ideas that might germinate new thought are in fact, shut down each time you depart one gallery space and enter the next. It becomes necessary to begin an emotional negotiation all over again. Profoundly exhausting, I cannot imagine what it means to be a person of color in a world where pursuit and retreat are an occurrence in forever mode.

If you cease to experience these rooms as things or ‘what’ and instead see them as ‘why’ and ‘how’ you will come away with a better understanding of the ideas being delivered rather than objects on display. Johnson’s use of domestic materials  (shea butter, wood, ceramic tile, plants and, a thick mixture of what he terms, “cosmic slop”– black West African soap and wax), all have the ability to be wiped clean from the ceramic tile upon which they’re placed. Or removed from the table. Or the glass smashed. Or the shea butter melted. Or the paintings painted over. Or the plants taken away, one by one. Disappearing the object and rendering the subject as an unperson. It can all so easily slip into a memory hole. Therein lies Johnson’s biggest commentary; how the Black experience in America can be so easily erased. Should this idea be presented more loudly or is it at exactly the right volume?  This goes back to my thought that these questions should not be answered today, but instead await discussion by a generation still to come.

The human capacity for critical thinking is not a fixed quality and will atrophy if ignored. Our present administration, in so short a time, has shown itself to be a wellspring of ignorance and racism, flexing their finely honed powers of distraction. Johnson’s work requires that you separate yourself from those distractions- even momentarily. The spaces in the exhibition requires that you consider larger questions about such entrenched realities. The fact of living and making through this body requires sober and attuned comprehension. 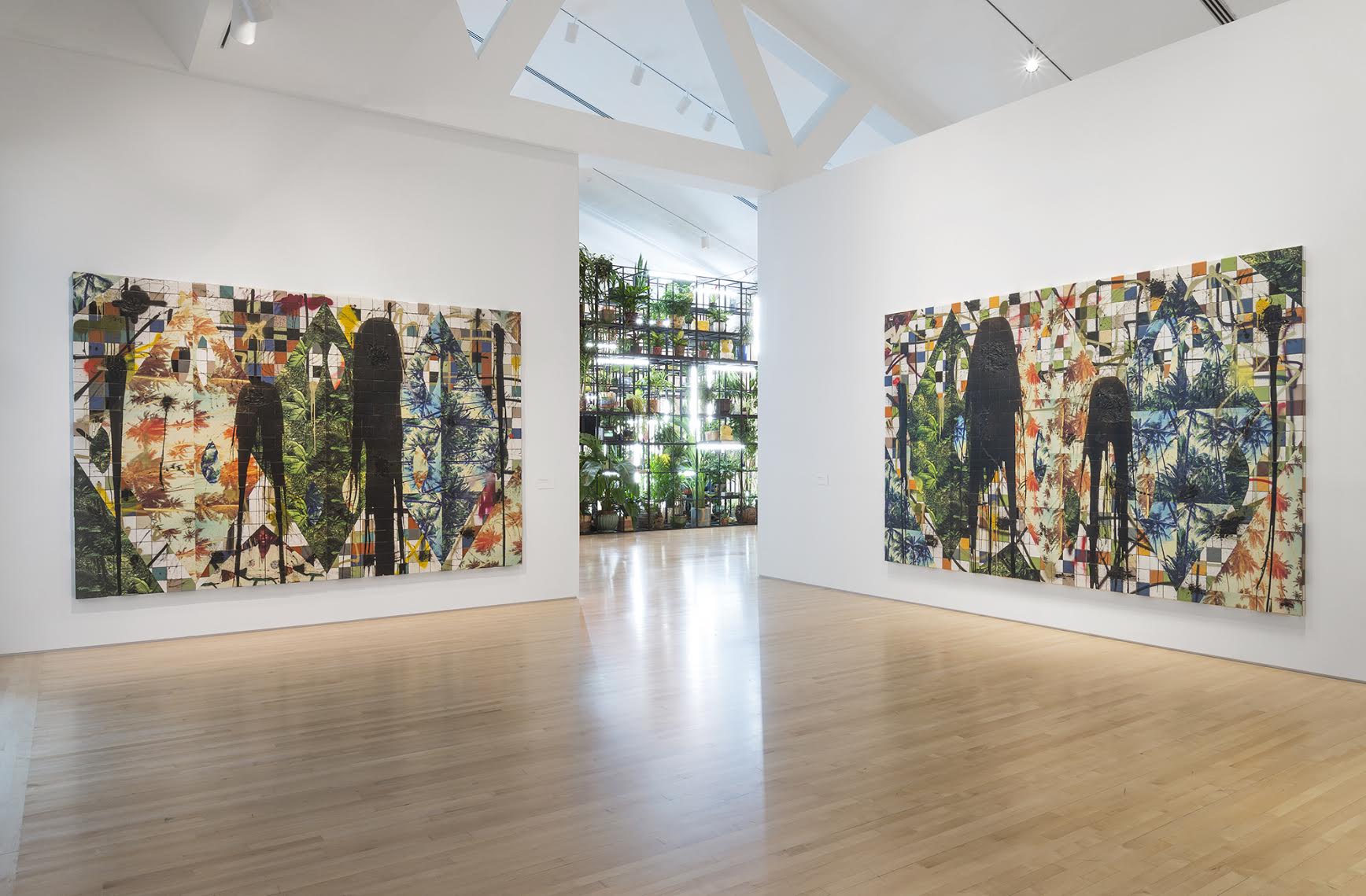 Rashid Johnson: Hail We Now Sing Joy runs from February 9 –  May 21, 2017 at the Kemper Museum of Contemporary Art 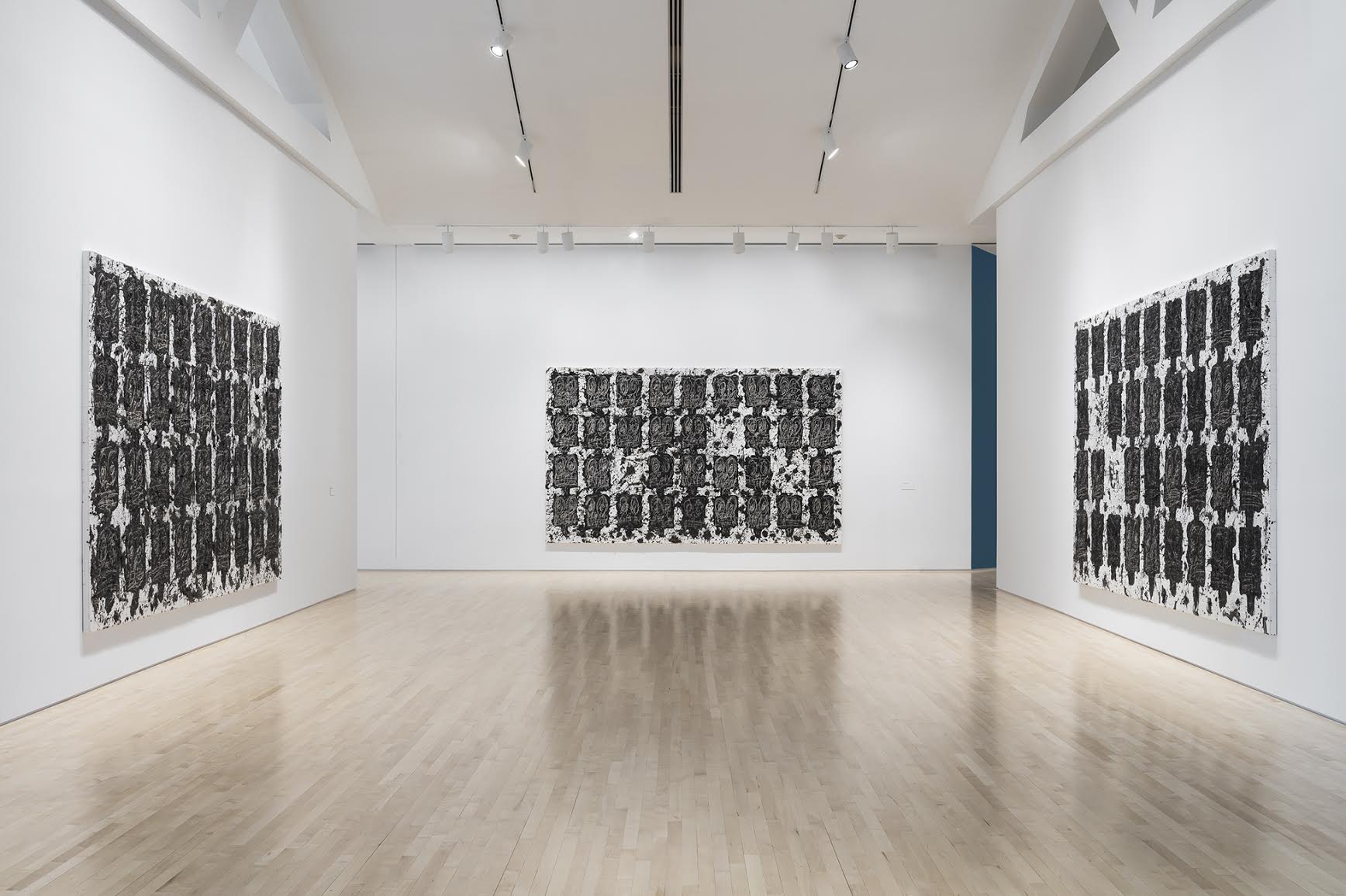