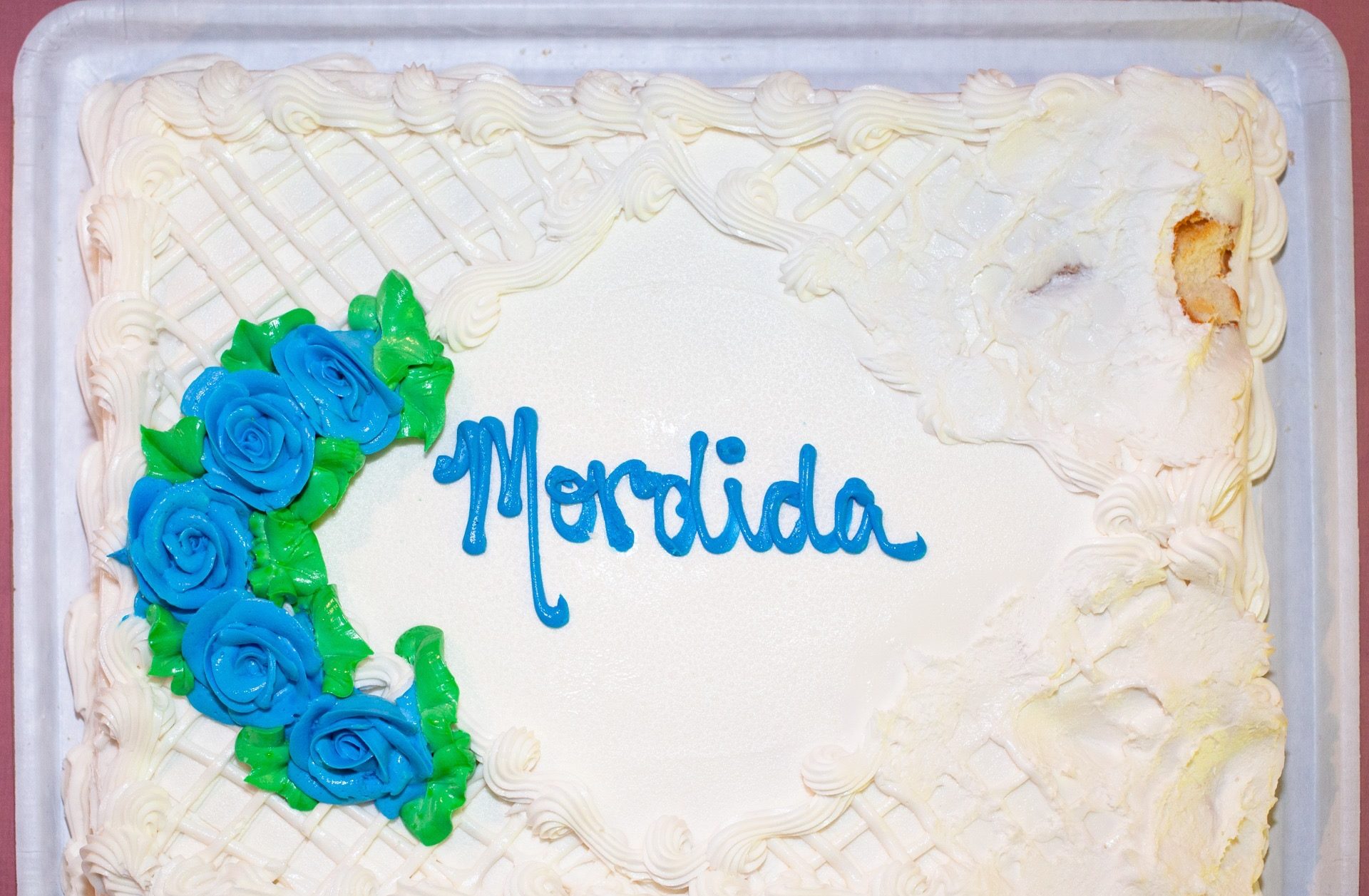 “Except for a few medallions stamped with the likeness of our ancestors, our child-memory contains only worn coins. It is on the plane of the daydream and not on that of facts that childhood remains alive and poetically useful within us.”

–Gaston Bachelard, The Poetics of Space

In this story of architecture and the lived experience, Bachelard offers the metaphor of the house as a site of dwelling for the soul. Memories of the childhood home evoke a deep and nostalgic embodiment of our beginnings as humans, the concept most essential to being.

The home can be imbued with the childhood imprint of another, simply by virtue of placing objects of anyone’s memory within it. Therein always exists a trigger  In Same, Pero Diferente, artists Rebeka Pech Moguel and Aquetzali “Kiki” Serna offer an insider’s view of growing up Mexican. The show’s title (Same, But Different) riffs on the similarities and differences in the lives of the artists, one a Mexican immigrant and one the U.S. born child of Mexican immigrants.  The rough, gutted experimental art space that is Kansas City’s  Open House becomes a stage for a performance of intimacy and familiarity, a surrogate for the artists’ home of origin.

In the front space of the house, a collection of Kiki Serna’s engruda (paper mache) objects are displayed on a pink-draped table (Assemblages 1, 2019). On an adjacent wall of bare plywood, more objects occupy a shelf (Assemblages 2, 2019). Plants, fruits, flowers and vases crowd the surface, domestic artifacts in a palette of creamy pinks, yellows, and greens, a staple of Serna’s practice.  Objects and memory are forever connected. The familiar and reassuring presence of domestic objects point to the safety and sanctuary of the family home.

Forming a backdrop for and providing an interesting contrast to the 3D objects are the flat textile works by Rebeka Pech Moguel. Draped on the mostly unfinished walls in the main areas of the house, these large works interact with Serna’s to complete the simulation of domestic space. Affixed to yellow sheets of fabric are flat organic forms; mango, papaya, leaves of monstera and calla lily.  Placing them in the context of an empty house allows the works to evoke the lived experience of two families in a way that would not be possible in a traditional white cube gallery.

In the kitchen area sits another table, also laid with a pink cloth.  For the show’s opening reception, there was a birthday cake with the inscription Mordida along with an album of childhood birthday photos of the artists (Mordida, 2019).  Prior to the opening of the exhibition, Pech-Moguel and Serna participated in the long standing Mexican birthday tradition of La Mordida where one’s face is ceremonially smashed into the cake while other guests chant “mordida! mordida!” which, loosely translated, means ‘take a bite!’  Though this was acted out as a private moment between the two artists, it was photographed by Open House co-director Brandon Forrest Frederick and shared on social media as a performative event. The remains of the cake were left on the table for the opening.

The album on the table next to the cake illustrates a ritual that transcends cultures, the birthday cake photo.  Going through their childhood birthday pictures, the artists found striking similarities in pose, clothing, and content, so much so that they decided to display them in pairs to illustrate the parallels in their lives. This theme is carried over to a room adjacent to the kitchen area, where two mixed media self-portraits, based on photos of each artist on her seventh birthday, adorn the wall (Siete, 2019).  Each features a seated girl, eyes closed, in front of a birthday cake covered in candy and birthday candles, in a sort of child-like style that brings to mind the ubiquitous refrigerator art found in family homes.

Serna has remarked that she dwells continually on the spaces of her childhood. In Poetics Bachelard contends that to inhabit the home of our childhood in imagination means more than just having a memory; the daydream of that space allows us to live in that home that is no more, in the way we used to dream in it.  These values remain long after we leave. In this context Serna’s and Pech Moguel’s work can be read as seeking a return to an emotionally safe space, the idea of a refuge from a hostile environment.

In contrast to some of the other shows recently that have explored themes of cultural identity by Latinx artists, this show explores a more universal theme, of childhood memory and our origins.  This is key to our perception of difference—these stories must be told, again and again, until we realize that all of our stories are more the same than different. It is when we can recognize our story in another’s that we build meaningful connections.