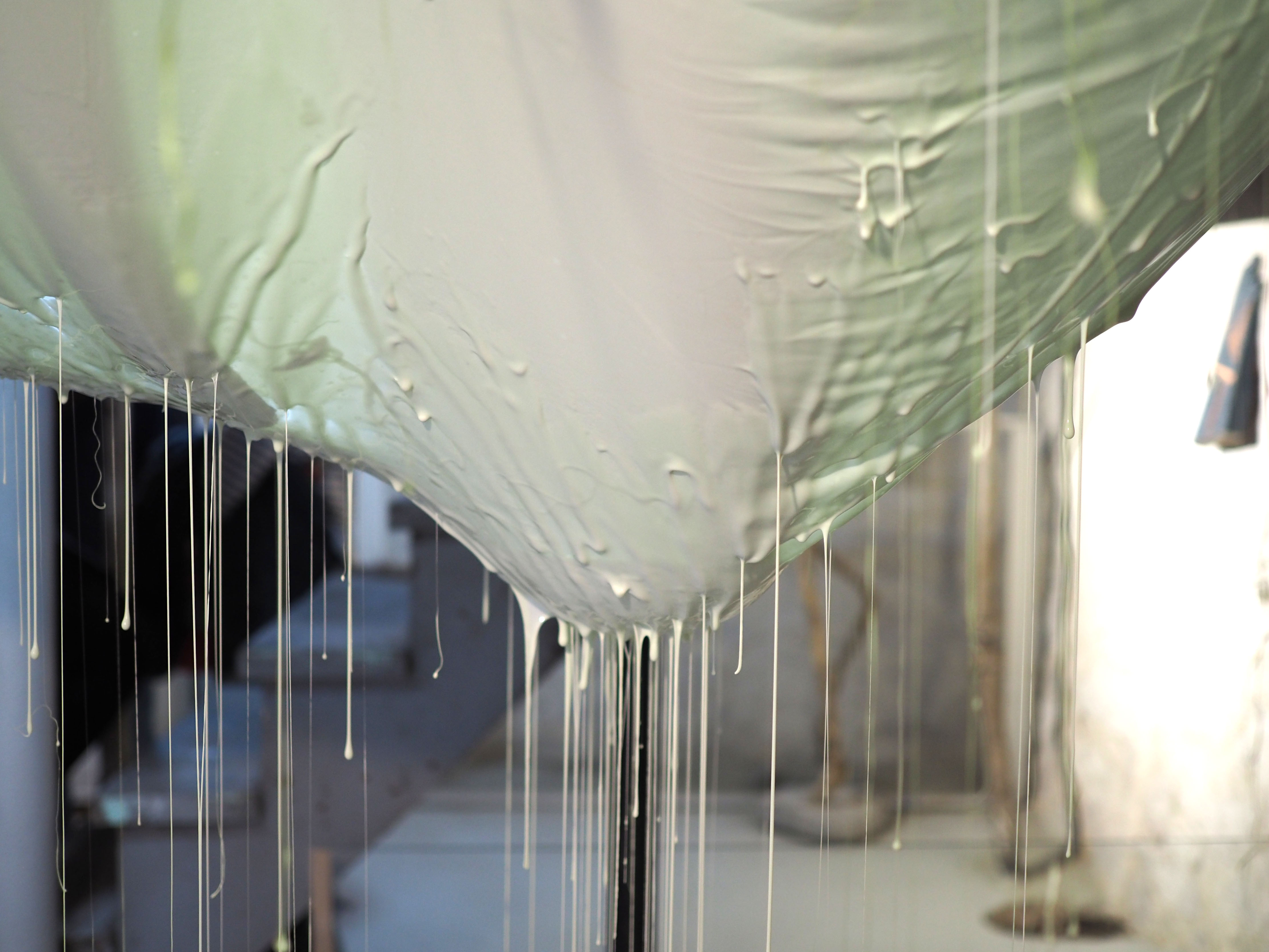 Short Review of Still in Motion

Before I went into the basement at 820 to see Annie Woodfill and Garry Noland’s show, Still in Motion, I was feeling a little antsy. I had met up with a past lover that afternoon (who I quickly felt like I wanted to be a present lover), and it was the first night of Sukkot. For those of you who aren’t Jewish, or aren’t familiar, Sukkot is a holiday where we celebrate the harvest. Traditionally, we eat and sleep in a Sukkah, a temporary structure with three walls and a roof made of branches and leaves. It harkens back to a time when we were nomadic. Many of the art places and communities that I enjoy have become nomadic recently, or will soon.

It felt right that I was going to a new space, 820. I like that it’s a basement. When I was a kid, we used to hang out in my basement. It was where we played video games, watched tv, and had some privacy. Basements are part of the Kansas City culture. I think it’s because of tornadoes, but I’m not sure. They’re places for refuge, storage, bugs, leaks, and laundry. They usually only have one entrance, something both comforting and frightening.

Woodfill and Noland’s work feels at home, although it could very well move soon, or be moving already. All of the textures, colors, and materials could exist in anyone’s basement. What stands out is the lighting, the care, and the order. Through a series of interventions and responses, they have turned the often times cluttered and random into the calm and aesthetically pleasing. Ghost green slime oozes through silk taped to raw ceiling boards, a box fan blows water filling a plastic tote in the corner, and various samples are laid scientifically across a piece of glass on a cart. The rest of the space is filled with various sculptures, drawings, and shadows, all carefully displayed. While the volume of the color of these objects is foreign to the space, the value and hues match everyday basement objects. A yellow sculpture sits above and across from a yellow fire extinguisher. Splashes of green paint cover the side of the stairs above the slime box. Comforting sound emanates from old computer speakers on the floor. I’m sure these speakers exist a thousand times in a thousand different basements.

I find myself simultaneously exploring the art that is temporarily occupying this space, the objects that have existed here for a long time, and my memories of objects in basements past. All of these thoughts move quickly and layer on top of and in one another. It’s relaxing.

There is a computer on top of the dryer displaying Woodfill’s thought process, a series of digital squares containing different images, links, and words. One of them, titled “Proposition I”, says

The basement is the guts of the domestic and a space for the subconscious. It’s a reminder that our surroundings are contingent.

Conditioned by insects, humidity and stone, the space offers a suspicious return to the earth for encounters with the alien but familiar and the familiar but alien.

As I leave for the earth above, a place that is neither true nor false, I feel glad to bring some of these ideas with me.