Tactile Rituals and Feminine Power in The Work of Shelby Burchett

Anna Harsanyi reflects on Shelby Burchett’s use of magick and ritual as Goo-Witch. 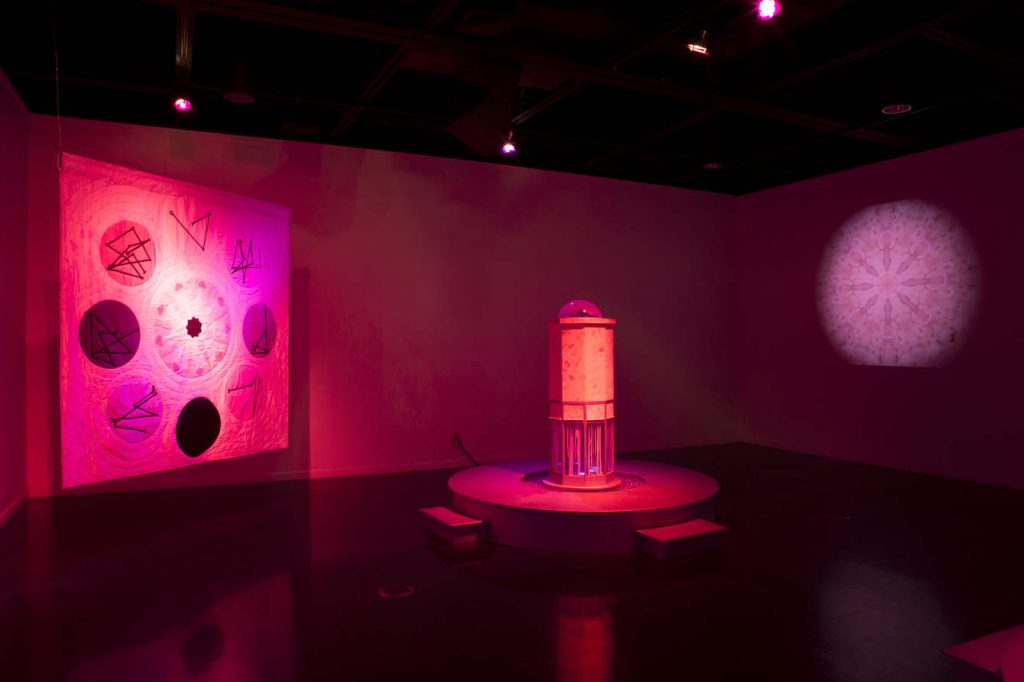 Being in touch means understanding the people and the ideas that surround us. By touching things we form a deeper connection with the physicality of our immediate world. Touch is an intimate part of Shelby Burchett’s work, simultaneously both ritual and experimentation. Through  a tactile experiments and ritualistic installations, the artist conveys a sense of desire and mystery that prompts the audience to interact playfully with the materials at hand.

Burchett’s installations invite the viewer to engross themselves in her experiments with materials like goo, organic fabrics, and fur. These are assembled in immersive environments, often seeping through surfaces or oozing out of multiple structures, daring the audience to touch them. Embodying the persona of Goo-Witch, a maker who works with symbolic objects in order to conjure sacred qualities into a space, Burchett presents installations that change over time based in large part on how the audience participates in their evolutions. Tactile experiments draw attention to the importance of hands in the making of magic, with its array of crafted rituals. Spaces are restructured manually, organic materials are mixed together so as to cast spells that aim to alter both the physical and the spiritual realm.

Goo Witch performance as a part of Flesh Crisis 2017 at the Drugstore. Image Courtesy of the Artist

When experiencing Burchett’s installations, the viewer is called on to alter their own perception. In a recent performance, Cord Spinning, Burchett spun cord for 3 hours, inviting others to add herbs and organic materials to the circular space she created. The herbs and colors of the spun fabric held symbolic value and were part of a spell, though the audience was not necessarily aware of their direct participation in a ritual. The process of adding to and entering parts of the piece formed a point of collective access that allowed the participants to encounter moments of magic through touch and physical creation.

In Burchett’s work, magic is experienced in the form of mystery or the unknown, a collective wondering that brings the audience together through their shared desire to both participate in and further explore the tactile experiments they are engaging in. This experiential quality empowers the audience, who is given an agency in their desire to touch and to feel, and drawn into the creative process. 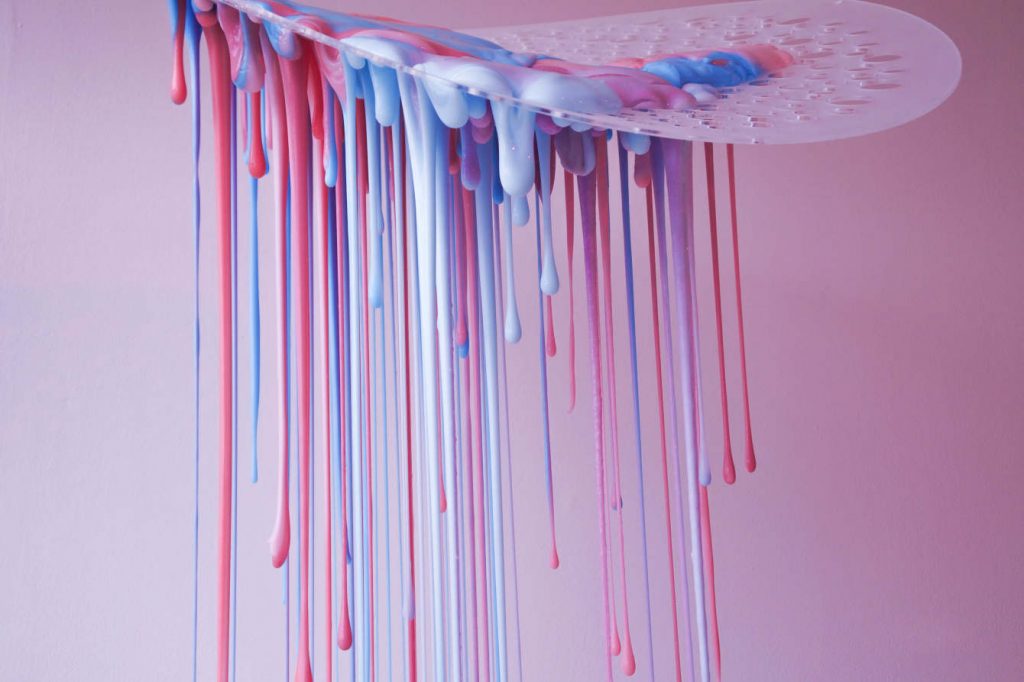 Goo Harvest from the exhibition Future Human at PLUG Projects. Image Courtesy of the Artist

Using this approach to play and experience, Burchett further conceptualizes power and collectivity as inherently feminine qualities. In many magic practices, deities and spirits are female, holding symbolic and metaphysical importance as embodiments of power and wisdom. The spells that invoke them seek to produce empowerment in their execution. In Burchett’s work, the feminine is an essence, an object, a feeling, or an unnamed sensation—related to a concept that can be accessed by anyone, and is not necessarily gendered. Feminine in her practice signifies power, propelling this notion to a spiritual place where such qualities represent multiple aspects of our world, and are not tied to contemporary conventional social structures. This subverts the concept of femininity as female-oriented, rather allowing for it to be integrated into a universal sense of experience.

Through play, touch, and collective experience, the audience grows more “in touch” with their physical surroundings which allows for an agency in shifting and evolving the practical and the magical within a shared space or collective identity.