Take Stock: The Artistic Dichotomy forming in the West Bottoms 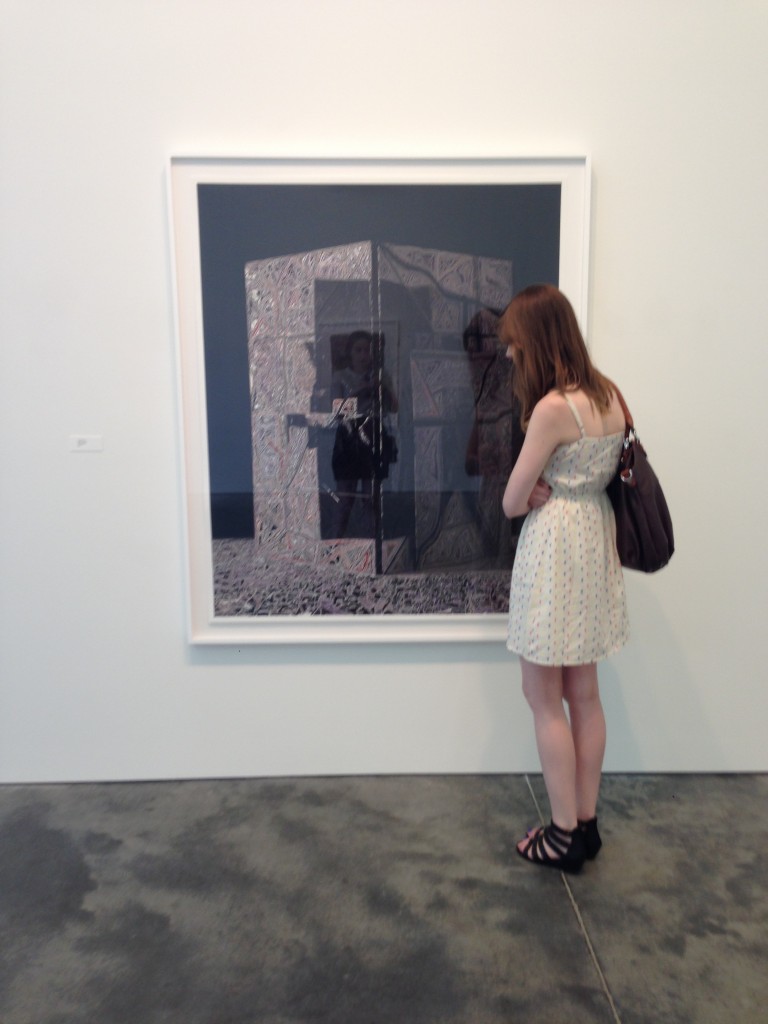 Devastated by historic floods and left practically abandoned by the escape of industry, the Kansas City West Bottoms are the home to a variety of contemporary art spaces. This month, Haw Contemporary and Bill Brady KC, bring to light a discussion of difference in how location seems to effect conceptual drive.

Haw / Contemporary, formerly known as The Dolphin, is a space that appears to be transported here directly from New York City. However, this month’s works from drawn together by Anne Lindberg and ummaguma by Anthony Baab display a true celebration of precision and care. Both of these artists’ works have an aura of spookiness, conjuring up discussions of horror films and the tedium of their respective processes. Baab and Lindberg distinctly rely on attention to the intensity of pattern, line, and repetition.

Lindberg’s work feels airy and ephemeral. The way her threaded installation appears to fade into the wall creates a very strong contrast to the amount of buildup in her drawing beside it. Baab’s works, include an enormous amount of reprocessing digital images with physical marks, making them look like a hybrid of maps and portraits. Both of these artists seem to be using the highly formal functions of their practice to approach moments of serenity.  Causing the viewer momentary meditative lapses guided by the scale and intensity of the works.

Opposing this exhibition, showing at Bill Brady KC, is a completely different form of monumentality. This month’s exhibition is by New York City artist Ethan Cook. Cook’s exhibited works make one feel as though they have entered the context of another world. In cities like New York an LA, the collector base is huge. Work sells fast -or not at all- and artists who have made their way up the proverbial food chain will make a living off of the hot commodities they produce. This influence of production/ outcome seems starkly different to that in Kansas City, along with the art produced here. 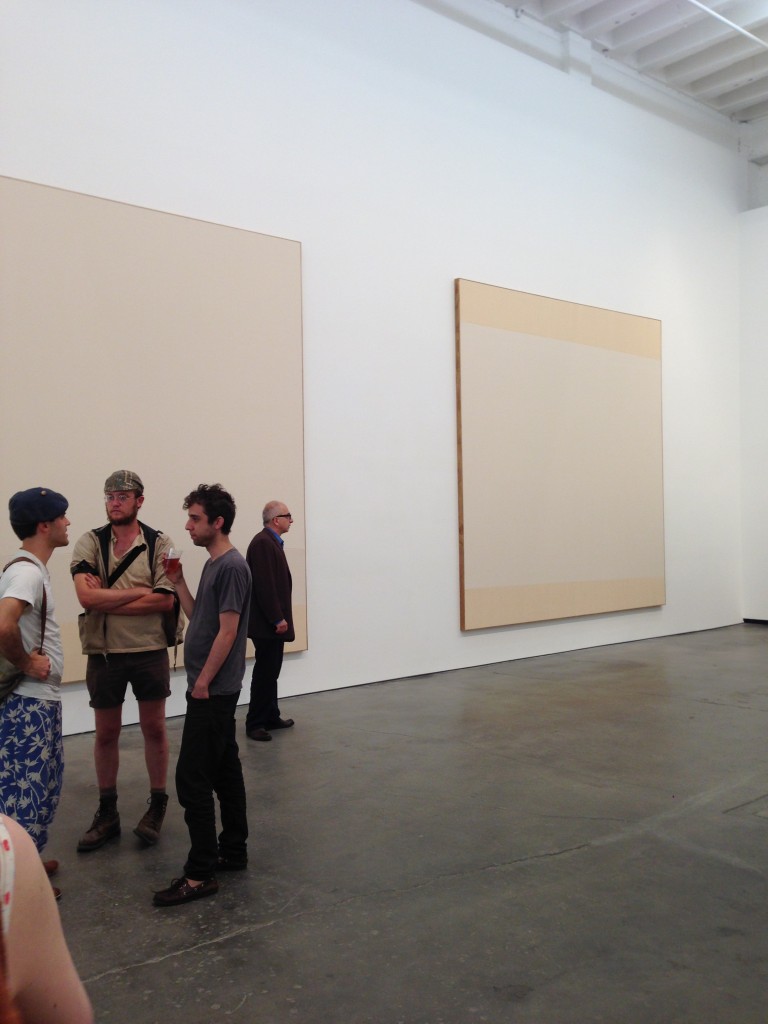 When you first enter the gallery at Bill Brady KC, monumental beige non-paintings span the entire left wall alongside bronze cast packing materials placed on the gallery floor. Both of these types of worksseem to harness little humanity, while seeming to reference a recent fashion movement, normcore. This movement known as a stylized blandness– a way of “dressing to fit in rather than stand out”[i]– exemplifies irony to its highest level.  Cook’s works have one sense of hipster stylization while touting a lackadaisical I-don’t-give-a-fuck-ness that mirrors the normcore movement. 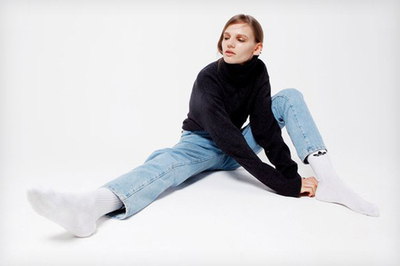 In a recent interview for Interview Magazine[ii], Cook relates his process to the idea of “Problem in Chair not in Computer- a term used mainly by people who answer phones at tech call centers. It’s a polite acronym for ‘This person does not know what they are doing; it’s their problem not ours.'” which he then states, regarding his hand-woven canvas — “it relates to the idea of the loom as a printer, the weaver as the user. ” — insinuating one to find this strange sense that failure of craft within the beige abyss is intentional. This idea of intentional failure combined with stylized blandness completely opposes the works shown at Haw/Contemporary; where instead there is a desire for monumental craft,  history of mark,  and plausible narrative.

Failing on a grand scale seems too rehearsed in a world where we are oversaturated with endless cycles of epic fail videos. It begs to question, what is failing on purpose even for? How does it succeed with a process that desires failure? Should Bill Brady KC be concerned with how its work interacts in the context of the West Bottom’s art scene? Is there something different in Kansas City, something less ironic and more sincere? Are we just more attracted to highly formalized, high craft artworks? 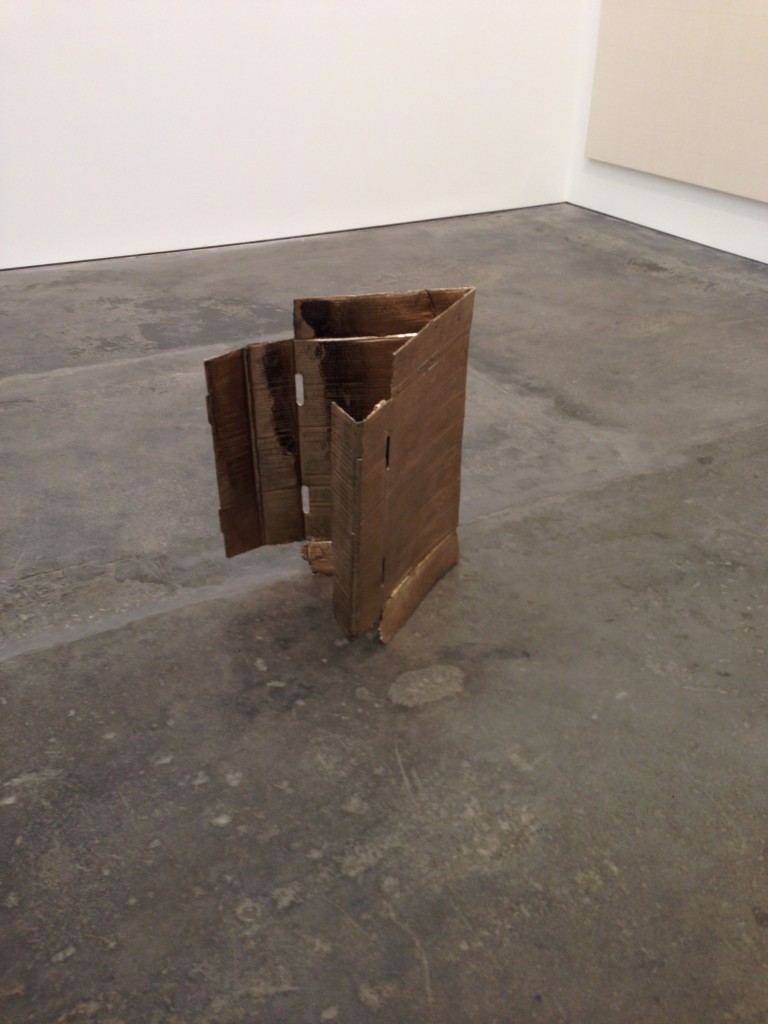 I think what Bill Brady KC does very successfully is highlight the things larger cities’ art scenes have to offer, which gives us a scope to compare to that of Kansas City. The majority of spaces in the West Bottoms showcase artists who present work that’s conceptual structure is inherently different, and allows for an interesting dichotomy of discussion. This leaves one with a sense of optimism and trust for what the future could hold for our contemporary art culture.

All three of these exhibitions are currently on view on the south end of 670 in the West Bottoms. Ethan Cook at Bill Brady KC runs from May 30- June 28th 2014 and is open Wednesday-Saturday from 11-6. drawn together by Anne Lindberg and ummagumma by Anthony Baab at Haw/Contemporary are on view from May 30th thru July 12th 2014. Haw/Contemporary is open Tuesday-Friday from 9-5 and Saturdays from 12-5.