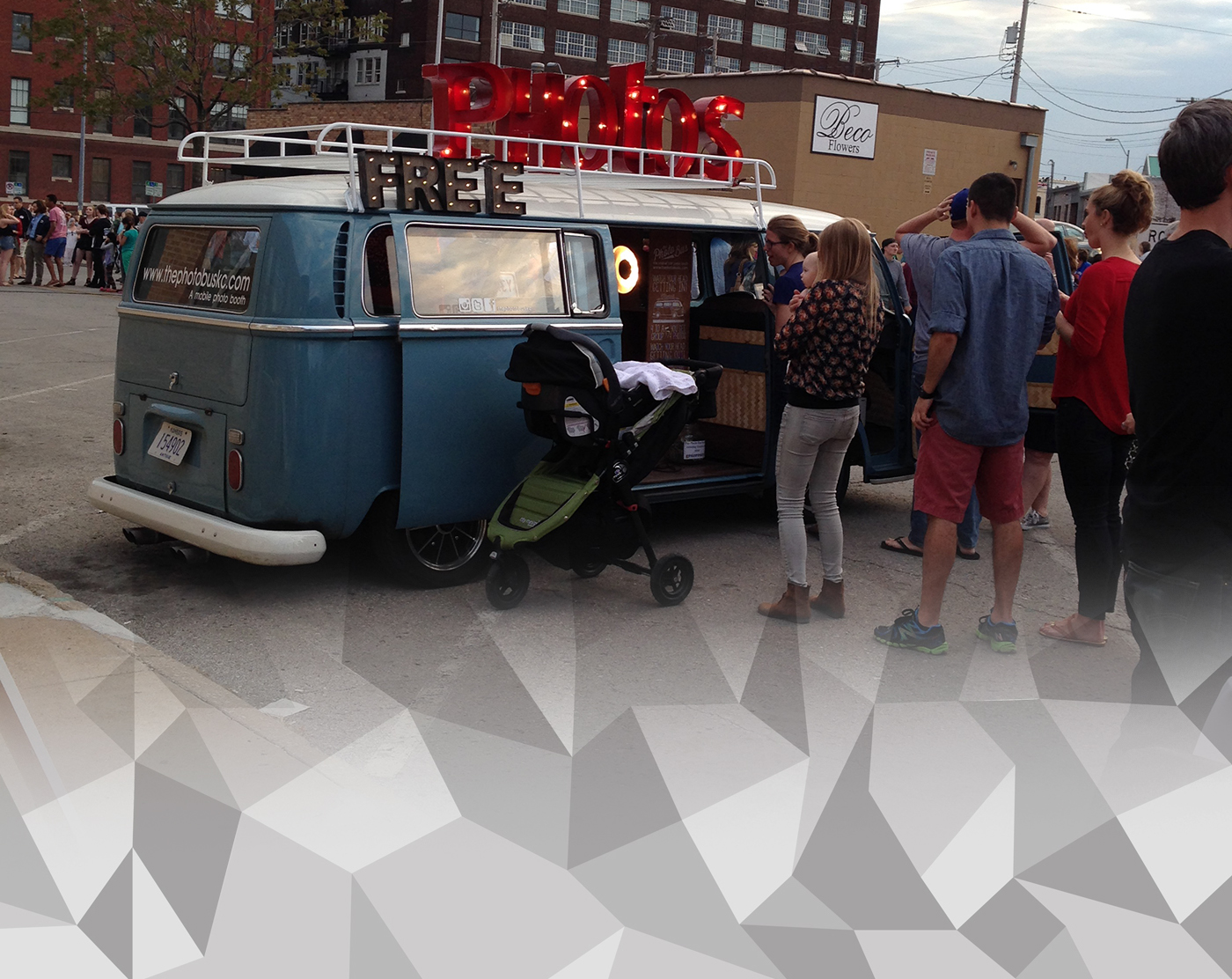 The Citadel and the Circus 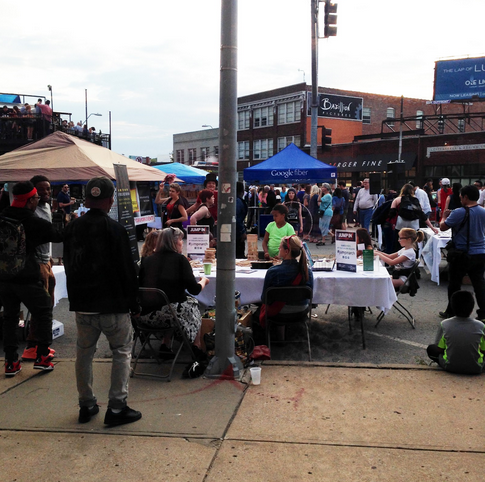 First Friday at 20th and Baltimore.

Imagine being inside a video game where you outmaneuver throngs of Sunday drivers on foot; the goal is to get past these slow walking opponents to enter various doors.  Now add a zig-zagging, baby stroller and panting, unhappy 70lb dog and you’ve got the ongoing game referred to as First Friday, played monthly in Kansas City’s Crossroads Arts District. I am dismayed how an evening of art openings has devolved into a circus maximus of food trucks and penny ante shopping; dropping dollars, swiping Squares, and mediocre music playing everywhere. Actually I’m not sure if it’s the ever-present retail element or the cheapness of the goods offered that has me more upset. Lately, I’ve noticed corporate sponsorships – Acura automobiles and local real estate companies are the most prevalent – creeping up on banners and street closings. I wonder if inside all those gallery doors being passed and left unopened are the toils of hard-working artists, attempting to ramp up the cultural factor but instead being steamrolled by endless displays of cheap earrings and artisanal cupcakes. Our city’s over excitement of an evening out has belittled the cultural integrity that it has supplanted.

The open invitation to see and feel new art in an open-door setting is what keeps the Kansas City cultural ecosystem unique and vibrant. The galleries here can be a perfect learning tool for novices; unlike visiting a gallery in New York City, where the attitude behind the counter can be a little icy for those not in the know. If one wanted to learn here, they could receive a mini arts education from gallerists or the artists themselves. This was my exact experience when I visited Belger Arts Center on a particularly steamy and crowded First Friday. The Belger, as it’s affectionately known, is located in the central east Crossroads, slightly away from the main strip  It’s a multi-story former warehouse with an enormous ceramics residency program and one of the very few venues to display large-scale works.  Case in point: a few years back, I got to sit amongst Tables and Angels, a Terry Allen installation with Gallery Assistant Mo Dickens. First and foremost, Dickens is a humble individual, but I personally believe the role he plays in the community as well as the Belger, is precisely the sort of support that enables Kansas City to shine brightly for artists of all disciplines and stages of their career. He has a fine ability to talk forever about a work with a wealth of art historical knowledge spoken through an informal delivery. On this evening, Dickens again was available to guide myself and artist Adriane Herman on a personal tour of People in the Belger Collection (on view through October 3, 2015.) 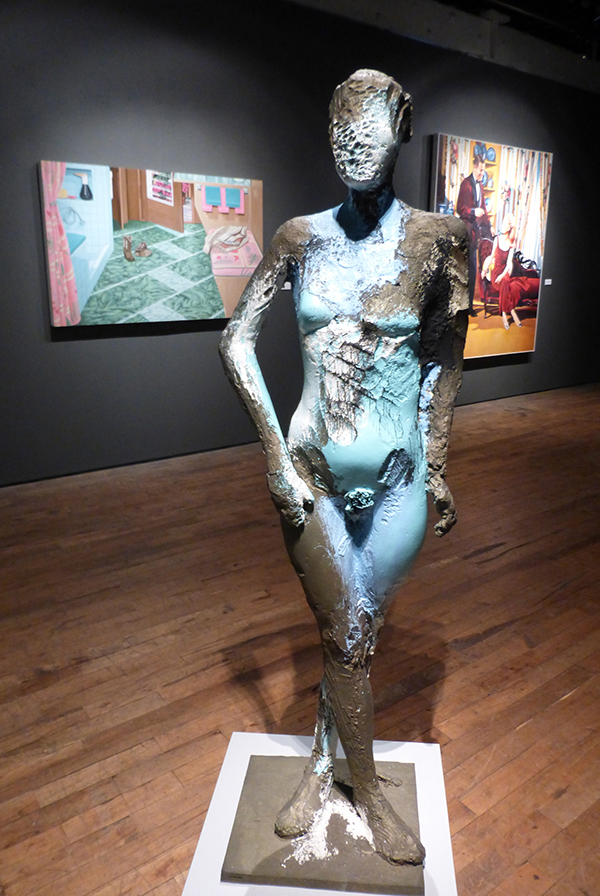 Inside the Belger it is quiet and very civilized; one is always able to stand still and converse about the work without being jostled by someone heading to a food truck. From time to time a visitor might chime in and join the conversation. To me, those who visit the Belger are a savvy group, not any more knowledgeable than the next person, per se, but willing to discuss art, and that is what has been depleted from the First Friday experience.

It’s hard not to be impressed when you walk into a space that is blissfully ignorant of popularly discussed trends in art collecting and collects what it wants because they want it.  With that mindset, it is difficult not to believe one has wandered into a small, well-curated museum. Frankly, after encountering so much “Mickey Mouse” sophomoric work of late, I was yearning for an adult conversation. I am all for experiencing and educating myself on the latest fads and ideas, but there appears to be a moment of laziness in some art-making corners of the city. What I have seen from some emerging artists has been a recycling of trending imagery that needn’t be repeated. If the grand gesture is to be assumed, then there must be the good work to back it up.  With that in mind, I must remark on That Used To Be Us, a recent installation at Haw Contemporary (which didn’t occur on a First Friday, but a Friday nonetheless). This gallery, usually so formal, was filled with cutouts and cheaply printed inkjet images of nude male forms along with historical and cultural figures; a spectacle which attempted to precipitate a serious conversation, but instead fell flat as contrived and sloppy. Inside that same space was the installation Drunk and Stoned by Kansas City based artist collective Blanket Undercover. The artists, Megan Mantia and Leone Reeves sat atop keg-filled pedestals, getting drunk and stoned- heavily documented for reasons unbeknownst to me- that elicited uncomfortable laughter from the onlookers. 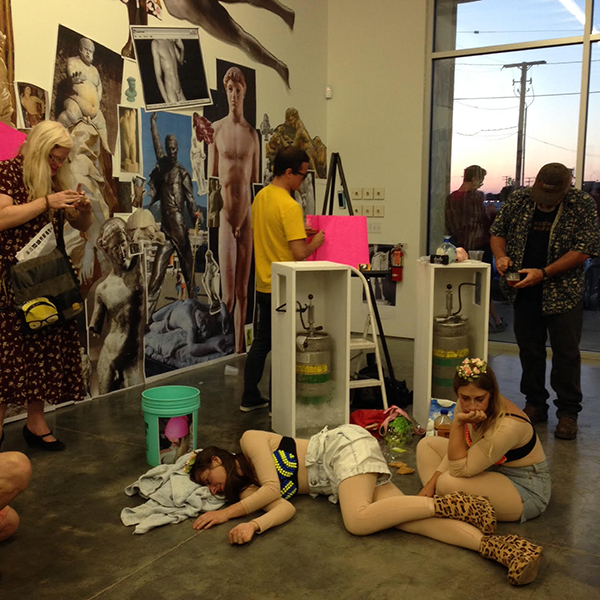 Image of Drunk and Stoned performance

Admittedly, I was intrigued, but wholly from schadenfreude than anything else. If MTV Spring Break and Jersey Shore were the points of discussion, then they succeeded. It returns to my original complaint that I am always more interested in the ‘why’ than the ‘what.’

Returning to the Belger, there is a narrative here that is the cumulative efforts of work that leans more closely towards linear storytelling. The argument of acknowledgement and discussion appear more organic. However,That Used To Be Us was more concerned with drafting a story out of the work selected rather than selecting work that unveiled a tighter narrative.

People in the Belger Collection demands a sharp eye. Dickens peppered myself and Adrienne Herman with questions and ideas about Douglas Bond’s Bathroom with Boots and Gun, (1973) that this lonely looking scenario had more life in its space than if one simply passed it by. That para-American scenario bookended Duke and Duchess of Windsor, (Herb Snitzer,1963), a photograph of the Duke and Duchess of Windsor from the early 1960s.a subject I knew far too much about and we stood in front of it for quite a long time parsing out the narrative. As we did with so many of the works encountered. 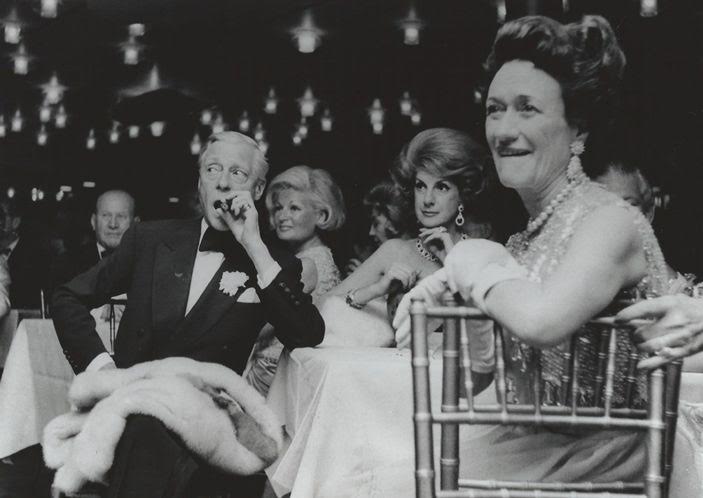 Throughout the mini-tour, the conversation never lagged. Dickens stopped and had us pause to discuss so much, looking at things with a more critical eye. He did that with just about every work, recounting a story of a particular artist here, imparting significant art history there. He is the professor everyone wishes they had in undergraduate school.

We encountered a variety of work; including Jennifer Onofrio Fornes, Renee Stout, Larry Rivers and a subtle Picasso etching.  What I noticed about some of these artists, what made them admirable, collectible and worthy of lengthy discussions and debate was that their work all stood behind the artists individual philosophy. No trends burned to the wick that I could see.This is the caliber of work one finds here and it is less revered than it is loved and appreciated. Nothing is on a pedestal, except the ceramics.  My favorite joke to make is when someone asks where the washrooms are, I point to a hall and say ‘Turn left at the Jasper Johns.”  That’s how an art experience ought to be; casual, personable and accessible.

Conversation about art will always remain the core of what a First Friday in Kansas City represents. Belger Arts Center is not the only place; many such spaces are a respite from the flash-fried carnival just outside. While it has been diluted and distracted by a street fair atmosphere, one can find the intelligence and beauty if they are willing to seek out the experience.