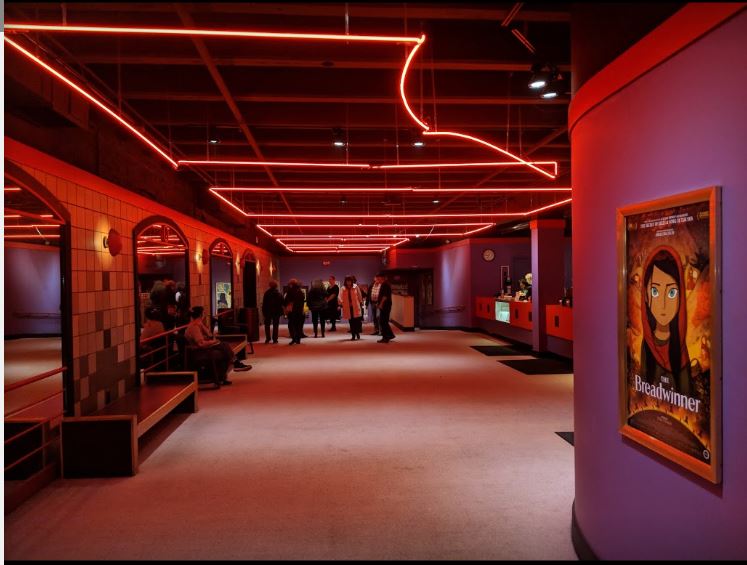 The Tivoli, Beloved Arthouse Movie Theatre, to Reopen at Nelson-Atkins Museum of Art

Tivoli Cinemas in Westport, which shuttered in April after nearly four decades of continuous operation, will reopen at The Nelson-Atkins Museum of Art in Kansas City.

Renamed Tivoli at the Nelson-Atkins, their inaugural film will be a special Donor’s Premiere of The General, starring Buster Keaton. This 1926 silent film will be shown in the museum’s Atkins Auditorium on Monday, October 21 at 7:30 pm and will be backed by the Alloy Orchestra. Based in Cambridge, Massachusetts, the Alloy Orchestra performs accompaniments to silent films. Limited public tickets will be available by visiting the museum website.

The Tivoli, one of only a handful of independent theatres to show historic, documentary, and art films, operated for nearly four decades before closing their doors on April 2019. Tivoli owner Jerry Harrington will act as film curator.

“We have been very interested in strengthening our film programming at the Nelson-Atkins, and housing the beloved Tivoli while benefiting from Jerry’s deep knowledge of independent films has a wonderful symmetry,” said Julián Zugazagoitia, Menefee D. and Mary Louise Blackwell CEO & Director of the Nelson-Atkins. “This exciting partnership will fill a vacancy that has been left in Kansas City since the Tivoli’s closing. We recognize film as an art form that has been embraced worldwide, which echoes the encyclopedic collection at the Nelson-Atkins. Our film program will be as global as our permanent collection. We are happy to give a home to film, which is the youngest of the arts muses.”

The Nelson-Atkins is undertaking major technological updates and improvements to allow filmgoers an optimal experience. The existing digital projection equipment will be upgraded, a new and larger film screen will be installed, and the stage curtains reoriented to adapt to film aspect ratios. The sound system will undergo a major overhaul with the installation of a loop system for the hearing impaired.

“This is such an amazing opportunity for film lovers in Kansas City,” said Harrington. “My heart was broken when the Tivoli closed. I could never have imagined re-opening the doors in such a magnificent setting.”

In a press release, the Nelson-Atkins says it will present an array of programs,” including revival and classic films, live opera and theatrical performances, silent films with musical accompaniment, Oscar-nominated shorts, screenings with directors, filmmakers, editors, producers, and artists, and pre and post-film community discussions.”

The 500 seats in Atkins Auditorium are surrounded by Thomas Hart Benton’s American Epic murals. Films will be shown on the following days: Monday, 11:15 a.m.; Wednesday, 1 p.m.; Friday, 7 p.m.; Sunday, 1 p.m. Tickets may be purchased online at or at the box office in the museum, located near the Info Desk in Bloch Lobby. Tickets are $10 each; museum members will pay $7.

“Barnett and I are very excited to be a part of bringing this cinematic concept to life,” said Shirley Bush Helzberg, former Chair of the Nelson-Atkins Board of Trustees. “This project expands the fine arts offerings in Kansas City, and we are delighted to imagine the great possibilities for future film programming at the museum.”