Understanding the Free Fall in Reality at Leedy-Voulkos

Thanks to recent technological advancements, we now have access to a constant stream of information that can mentally remove us from this world and transport us into another. Technology has the ability to lift us out of our current mindset and propel us into another using images, text and video, distracting from our current reality and holstering it with one that is digital. Video games that are centered around the creation of a virtual second life diminish the consequences that harmful actions would have in the real world. Although we would like to believe that reality is concrete and stable, our truths are constantly changing and unpredictable, something we experience every time we are online. Most important, the construct of time – how we perceive and utilize it – is rapidly shifting.

A series of twenty-four archival ink on paper drawings from Kevin Townsend utilizes mark making techniques paired with the time constraint of one drawing per hour, recording the change from seconds to minutes. “In Search of Lost Time (24 drawings, 24 hours)” acts as a record of time that speaks to the addictive relationship we have with our smartphones. Townsend is relying on this action to pass time the same way we rely on technology to provide us with constant distraction from the world we experience. The repetition of this exercise every hour for 24 hours becomes a ritualistic activity. His process is specific and contemplative, which is different than the way that technology functions centered around the principle of immediacy. Through transferring the documented thumb swipes to simulated marks of a pen, placing gestural marks on paper becomes an action of redundancy. It requires little skill, but demands strict discipline, which directly supports smartphone technology as it was intended and not as it has become. 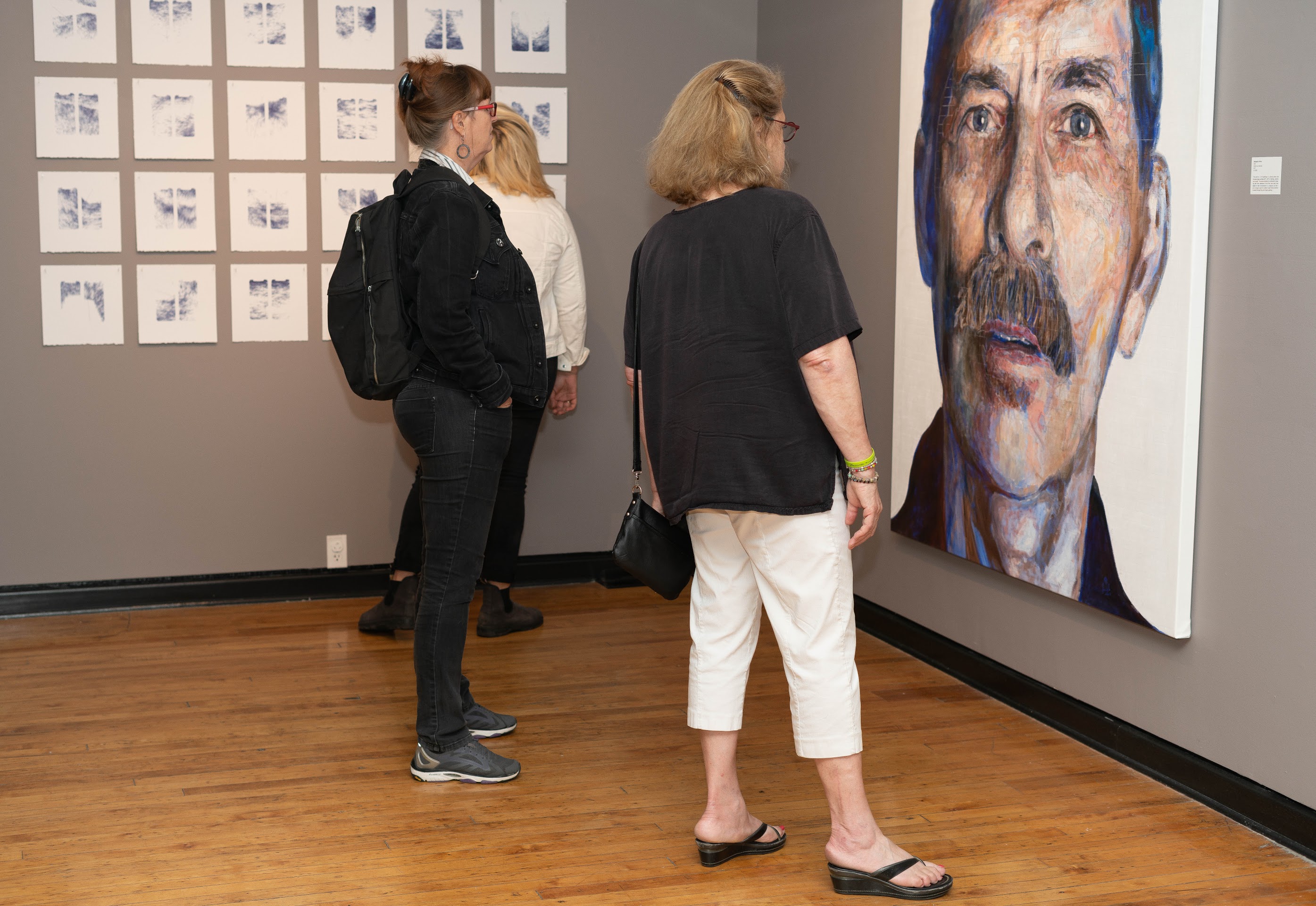 Reminiscent of the style of Chuck Close, “Dad” by Benjamin Parks appears as standard portraiture. It is not until you read the artist statement beside the piece that you learn of the deteriorating relationship between the artist and his family due to the artist’s refusal to participate in his family’s religious cult involvement. Revelatory moments are found within traces of a letter penciled into the portraiture. These are letters that Parks has written to his father, something from his personal life that he has put on display for public view. By exposing the truth of the relationship Parks has with his family, he is acknowledging the seemingly picturesque vision of a family as temporary and shifting. The text reminds me of someone scribbling down chaotic and sloppy thoughts from a stream of consciousness, like something you would expect to find written in a diary or presented in a series of tweets.

“Handbag“ and “Carry-On Luggage” are titles of works from Andrew Ordonez. These castings are made from cement and metal rods. Defying the normal functionality of these items, the piece exists in a way that contrasts our traveling experiences today. Factors in traveling are becoming more dependent on the use of technology and the internet for things like booking, luggage, ticketing, etc. Ordonez’s work provides viewers with objects that will remain in existence without any use at all. Commenting on time through the use of travel objects, we typically associate carry-on luggage with being portable, easy to maneuver and reliable. Airports are considered non-places, due to the manner in which they cater to those that are in a hurry. In a large airport environment such as O’Hare International in Chicago, upscale restaurants, high-end retail stores and suit shops have found their home within the structure due to the demands of a specific demographic of consumers. However, people don’t typically travel to the airport to go to the actual airport, as it is simply a means to an end. The absurdity of both “Handbag“ and “Carry-on Luggage” is referenced using their material – as instead of using a luxury item such Louis Vuitton duffle bag or handbag to carry your personal items, the cheap material of concrete acts as a versatile parallel. This work creates a dialogue about the way that time seems to become limiting and restrictive when we travel, and creates a moment of pause through their materiality.

Melaney Mitchell replicates screenshots of her ever-changing desktop in gouache and watercolor in her works titled “Screen Shot 2017-12-07 at 9.44.00 AM,” “Screen Shot 2018-03-05 at 10.21.38 AM,” and “Screen Shot 2018-06-06 at 7.06.32 PM.” Because of how quickly we can access information, we expect a certain level of promptness across other aspects of our lives, mainly in how we pull up an image or communicate with someone. Mitchell is commenting on the aspects of reality that aren’t physically tangible, existing instead in a world derived from pixels. The digital will always be viewed as temporal, as we have no way other than screenshots to solidify a finite moment during our online experience. Mitchell is capturing specific moments in her life online and presenting them to viewers in a slow form that contradicts the fast experience of accessing information digitally. 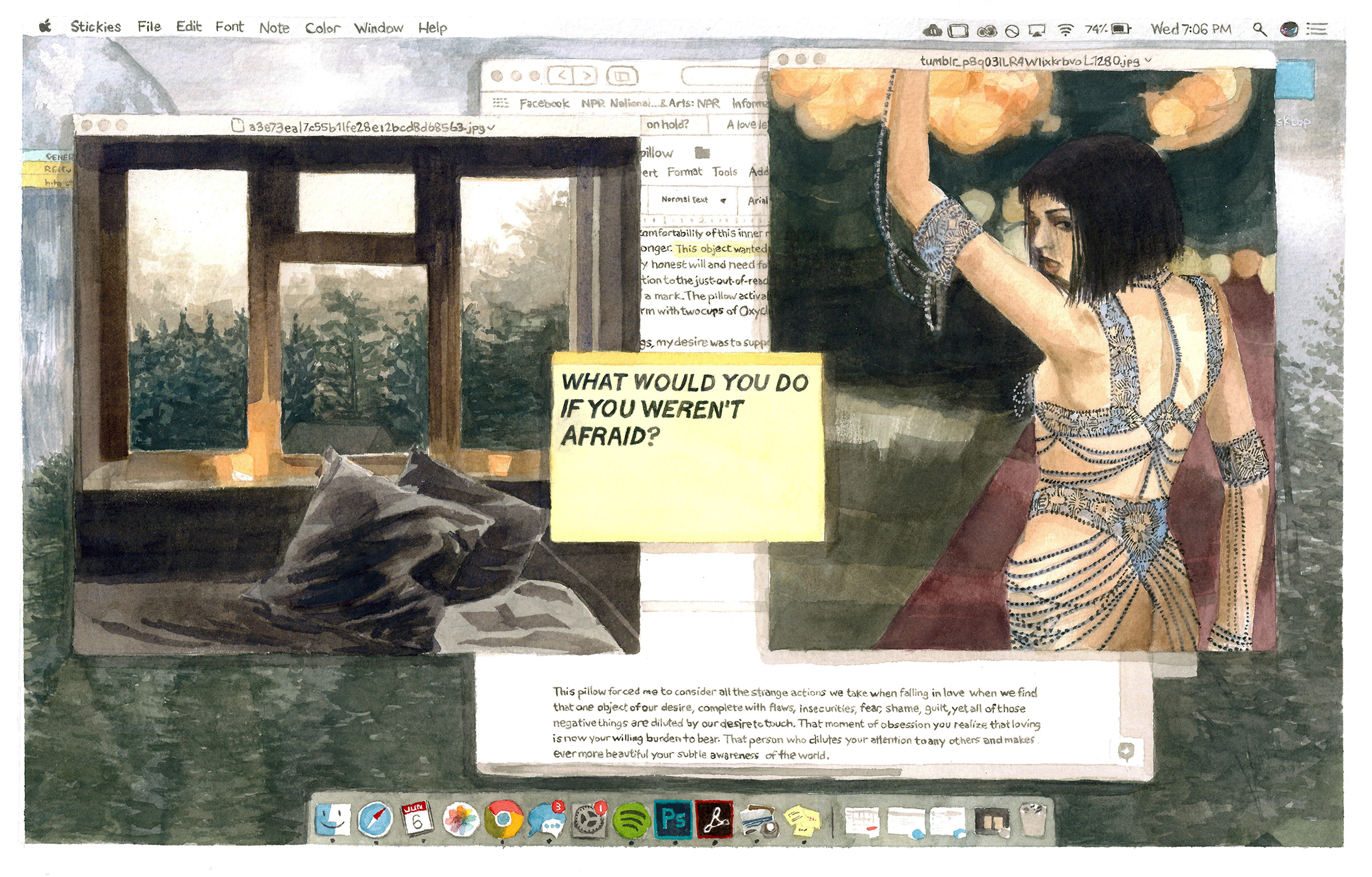 Reality provided me the experience of the internet in a slow, meditative way that I could control at my own pace. I felt as if I was being shown the Facebook timelines of these artists, while being left alone to decipher what it meant. The experience of reality being challenged through the digital is an idea that we have become obsessed with in 2018. Through first-person shooters and games like the Sims, we are taking ourselves out of our current way of existing and placing ourselves in a new fictitious and detached world. 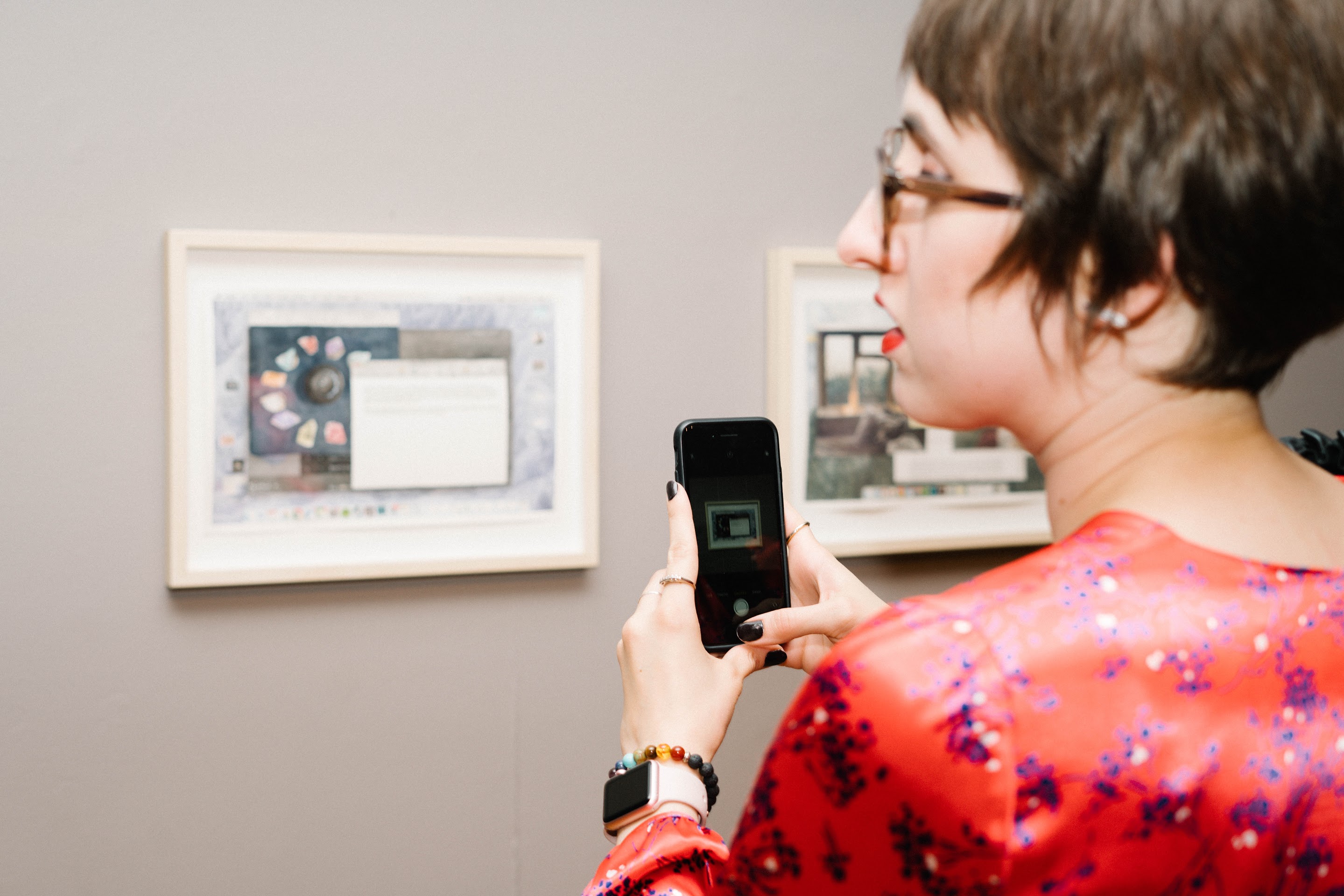