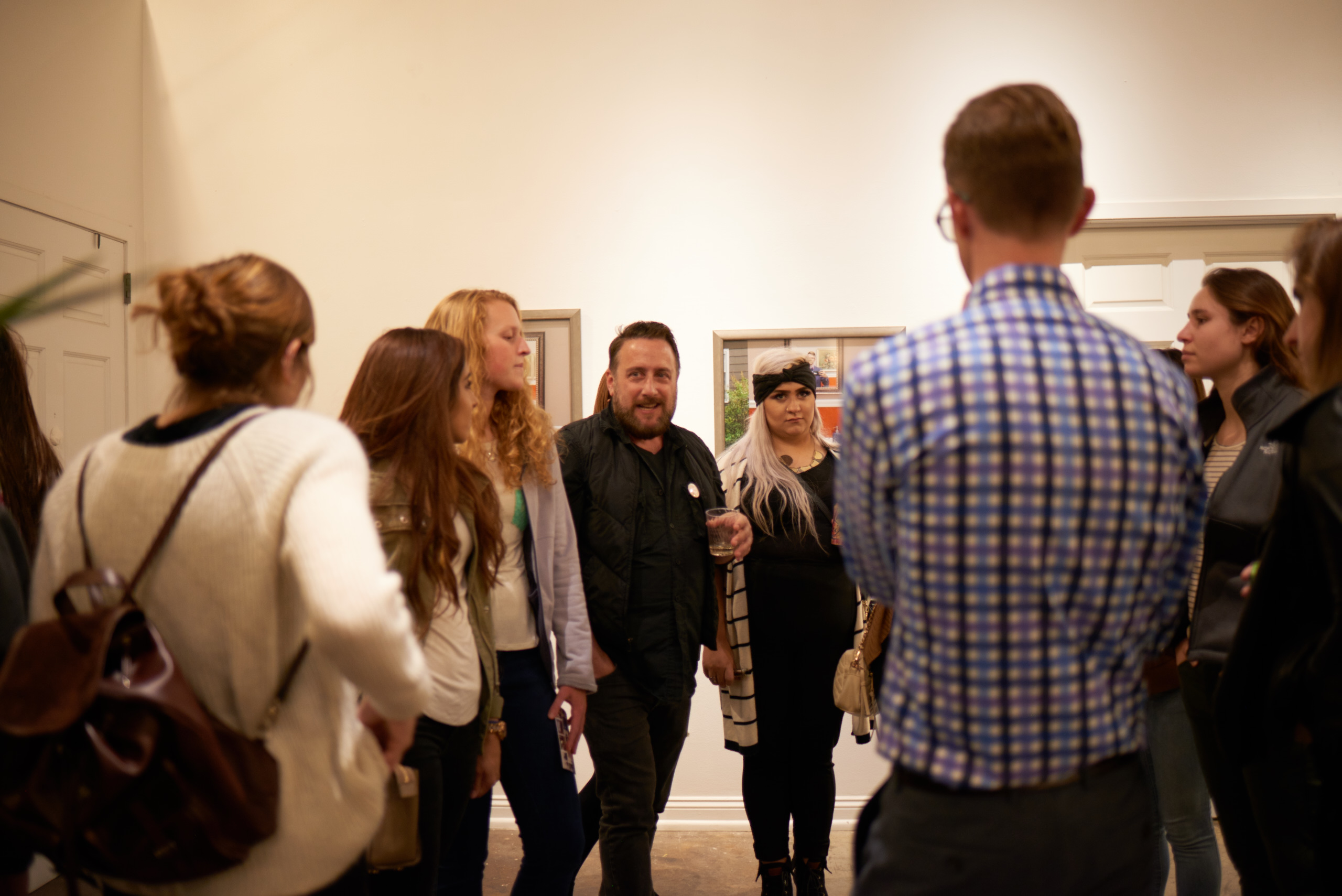 Why Should Artists be Writing in Kansas City: A Thesis Revisited

The following essay is a revisit to the current state of arts writing in KC by Founder & Senior Editor Melaney Ann Mitchell with contributions by Senior Editor Blair Schulman.

Four years ago, when I started Informality, the call for an arts publication was constantly within earshot. Art Practical, the Bay Area-based arts publication, had just come through town for a lecture and to feature Kansas City in their latest issue. Noting the importance of writing for a healthy arts ecosystem, and the death of the former Review magazine — a much beloved local publication filled with arts writing — their visit was a call to the community to start something new. Informality’s beginning was rocky and humble, and after all this time that’s the best description for its continued development.  Arts writing is a profession that has seen its death, and been in crisis for such a long time, only to see it morph and adapt to a strong online culture that reaches vast audiences. But then again, painting has also been given a death sentence, too.  Neither medium is anywhere near an actual point of end, because art and its ideas will never reach resolution.

I fell in love with arts writing, because I love art and the conversation surrounding it. Working in small alternative art spaces over the years, I learned dialogue is the currency of our culture. And from this dialogue, I learned that where we note a deficit in Kansas City’s arts community is the lack of a graduate program to retain young artists and lead them to employment.  More importantly, the lack of grad school also means a lack of real criticality for recent grads and mid-career artists. When making work in a vacuum with no constructive dialogue, a lot of folks leave to seek constructive criticism that leads to further experimentation and —  the elephant in the room —  a market for their work. The plateau for many emerging and early career artists can arrive here faster and earlier than in other cities. There are a lack of galleries that can afford to encourage artists to experiment and explore innovative curating while maintaining the economics that anchor it all.  Pats on the back at an opening from a friend is no substitute for written criticism and a strong gallery system. 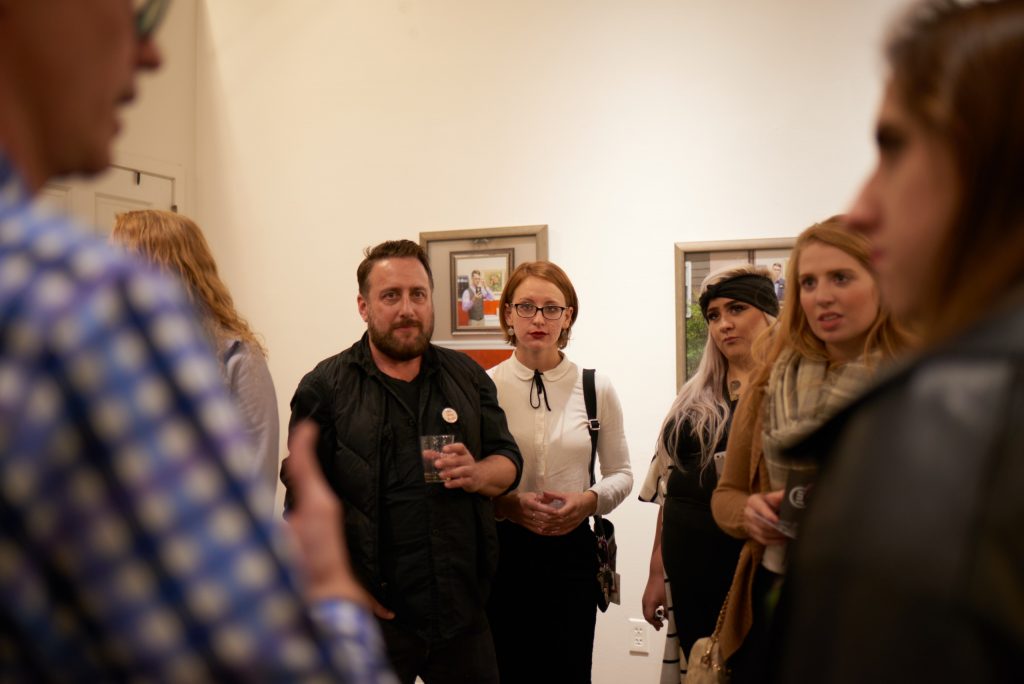 Portion of the Informality staff as Guerrilla Docents at Trey Hock’s show, The Mirror Selfie at Beco Flowers. Image courtesy of Megan Pobywajlo-Bailey

Yet, after all this time, the optimism for wide-reaching critical discourse is far from complete. As our team has grown, I know we still have barely scratched the surface. Most of my time is taken up by my day job, site maintenance, editing, and my own studio practice.  My contributions to the site have come to a near screeching halt. The challenge and work of maintaining a critical arts publication has left me asking a lot of questions. With the rise of other publications that focus on coverage for the general public, but remain beholden to commercial advertising in order to sustain themselves, I start wondering if resistance is futile. Their content is influenced by ad sales, and serious critical analysis is sidelined; the very thing artists must have to feel their work talk back to them and be understood by their public. We’re underfunded, and the energy and enthusiasm of three to five enthusiastic editors and writers can only go so far. My team and I have reached a point where we know what’s needed; funded galleries with the freedom to both experiment and bring in collectors. And a final cessation  that Kansas City is not a strong, viable arts city that can hold its own.

At the critical turning point of Informality going into it’s fifth year,  I wonder what fuel can keep us going? There are more artists and amazing studio spaces in Kansas City than we have even begun to cover, and their work is growing at a rapid pace.  Can there be such a thing as Community Supported Arts Writing? What does KC need from an artist-run arts publication? How do we remain alternative and informal, considering social, cultural, and other macro issues that influence the art we’re all making? How can we showcase the questions and considerations that artists around us are working with?

What are some solutions to getting through to the collectors base in Kansas City? These ultimately, are the people who fund the lifeblood of this community. For whom are we doing all this? Or is that the wrong perspective?  Is the right idea, cynical as it sounds, because all the great work being made here is simply priming the pump for artists to make themselves more attractive to other cities where they are going to be recognized, shown and sold.

Cultural capital is an excellent investment and participation must be met on a level where all beneficiaries feel good about their stake. How can we make this labor both viable and financially valuable? We’re writing the histories of Kansas City’s contemporary art world as it relates to the current climate – both cultural and political – the action of encapsulating this dialogue, yet we’re underpaid, or unpaid, much too often. When all this started, the focus was on how to make Kansas City into an international art city through a focus on arts writing, We need a lot more than a committed few; we need civic backing, collective understanding of what is getting done here and fiscal understanding of why writing matters.