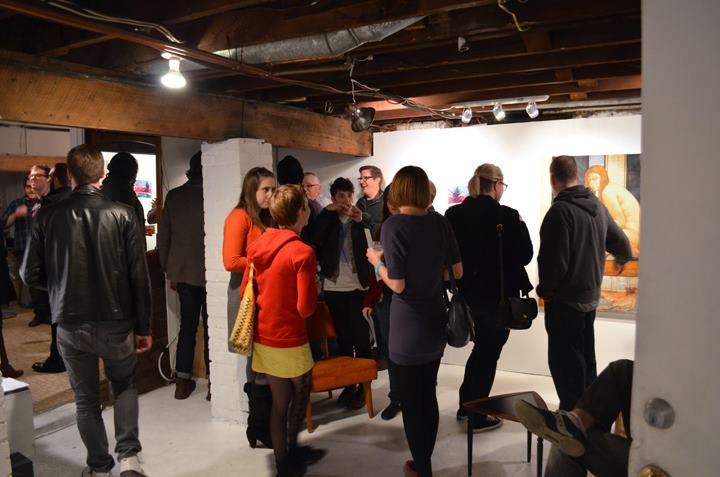 I have been living in Kansas City, Missouri half a decade now, and the main discussion I find myself in is that we need more writing. We have great conversations at every opening, Boulevards in the hands of every artist and their friends. They speak honestly about the works they see, and as they head home the discussion continues maybe in a tweet or a post to Facebook; a vague comment about the work, or to congratulate their colleague on the show. The critical discussion – both positive and negative – seems to disappear. It’s as if Kansas City’s dialogue is a cherished vapor that very few are willing to freeze into words.

Is art writing really that scary? I look at cities like New York and Chicago where the art scenes and discussions are translating into successful blogs like Art F City, Hyperallergic, and Bad at Sports. Do these publications exist in these cities because they have schools that teach the craft of art writing? I can’t see this as true. The craft has been publicly criticized bitterly and compared to overhyped advertising. Filled with a academic jargon taken from a bounty of e-flux press releases, has art writing simply a way to broadcast the names of artists to give them a buyable allure?

Another point stems from the artists themselves in the need they feel to create a body of work that stands up to the way it is being written about.Is the academicism honest, and if it is why do so many artists struggle with simple written forms of interpretation like artist statements and press releases? Can artists interact authentically with culture without burying the purpose of their work in academic jargon? As an art student, I felt naive in my lack of understanding the language of my peers, but at the same time I saw right through it. Is it wrong to make work about what non-artists understand? How can an artist expect to sell art if their buyers didn’t have the privilege to sit in a room and talk about Jacques Derrida for several hours every Wednesday? If non-artists are the ones we want to purchase art but they cannot speak or decode the language, it creates an uncomfortable barrier. Is it up to the artists themselves or the writers to break this? Intellectual discourse is at the heart of many artistic and written practices, and I don’t mean to say that it is bad. However, can we expand the language ourselves, accept a more informal tone and yet convey the same thing to our audience? 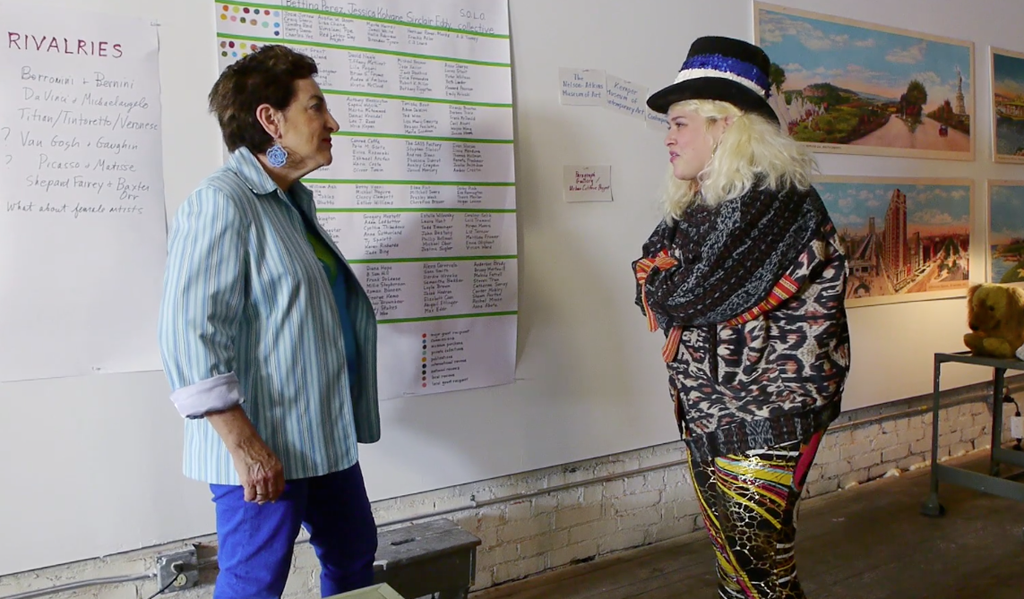 Art writing has another layer that tends to make people shy away from the practice; it establishes a hierarchy. Kansas City is a small town, and critical writing can cause issues within the city’s artistic social structure. I recently had a studio visit with Judith G. Levy, a local artist who wrote and directed “NV in KC: A Story About Artists and Envy in Kansas City”. In this film, the fictional lead character creates a chart of the perceived hierarchy of Kansas City artists and art institutions, and documents the reactions of the community to it. I wanted to know how Levy thought artists responded to her film.”No one expressed anything negative to me my having made a film about envy, and many artists who saw the film told me it captured what feeling envious is like for them. I continue to be interested in this conversation.” Do we become envious of the people in the community who get written about? And if we do, why not write about our own ideas and use that effort to move us away from envy and towards a greater sense of empowerment?

Competition and hierarchy are part of human nature and can be harnessed productively. So many artists want to have their work in an exhibition in order to move up a few notches on that chart in their heads. Can’t we use the envy we have for those artists with works in Kansas City blue chip galleries, by doing exactly what musicians, who have a significant online presence, are doing and get our voices heard online too.

Can an artist’s work be “viral” like a video of a cat or the digital release of an album? Could that in turn lead to more authentic and artist-driven notoriety? Imagine if you had the ability to reach out to a collective audience that spanned from Overland Park to Shanghai, and that allowed you to access the marketplace for your work. What would it mean if artists took more control via the internet to sweep them from the obscurity of their studio into the art market? And would this succeed? We need to be artists payday that speak up and reach for larger audiences. Kansas City is wealthy with intelligent, witty, talented artists. As a community we need to share our thoughts and ideas on our own work and our peers’ work through written word. We cannot leave the job of showcasing the vast and sophisticated dialogue to the small group of art writers that exist here. It isn’t an issue of making work faster I don’t think, or making work that looks a certain way, or making work that yells the loudest. However, we need to expand our social agency as artists through writing, and in turn expand the dialogue among ourselves and the marketplace.